Browse and bid on bags from Louis Vuitton 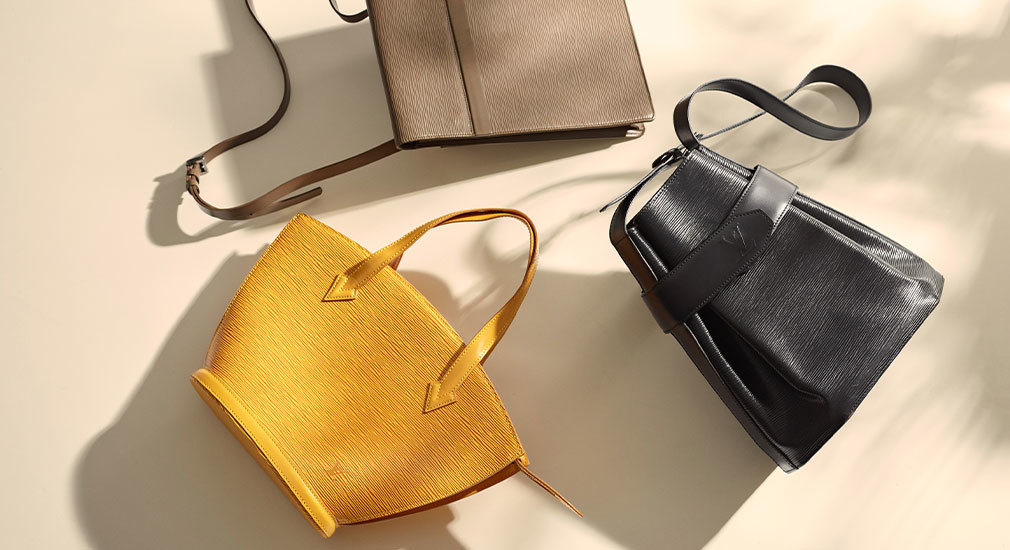 Louis Vuitton’s signature checkered brown leather-wrapped in gold monograms evokes a form of sophisticated travel and Parisian chic. It was 1854 when Louis Vuitton established his luggage business in Paris at 4 Rue Neuve des Capucines. As rail and then automobile travel became an established part of life, Vuitton’s business began to grow. LV luggage was not only a status symbol but also a practical purchase: The trunks were, and still are, waterproof to prevent accidental damage to the items inside.

Welcome to explore a theme auction with bags from one of the world’s most well-known fashion houses – Louis Vuitton.

To the theme auction >

They first appeared in the LV monogram pattern in 1896. The interlocking L and V with floral pattern was designed by Louis Vuitton’s son, Georges Vuitton, in 1896 as a way to brand his nascent box and luggage business, and in the 120 years since, it’s become one of the most recognizable brands in the world.

View all bags with the LV monogramt > 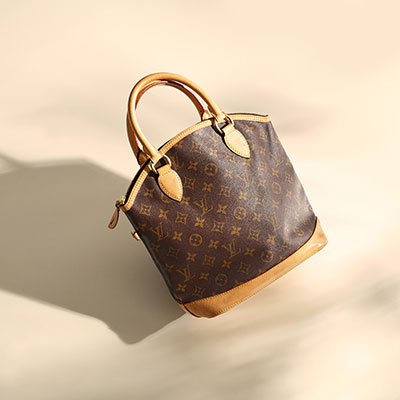 In 1998 Louis Vuitton introduced the monogram Vernis line. French ’Vernis’ means varnish, which explains the shiny and sparkly effect on the bags. The Vernis line is monogram embossed coated leather that is similar to patent leather.

View all bags with the Vernis leather> 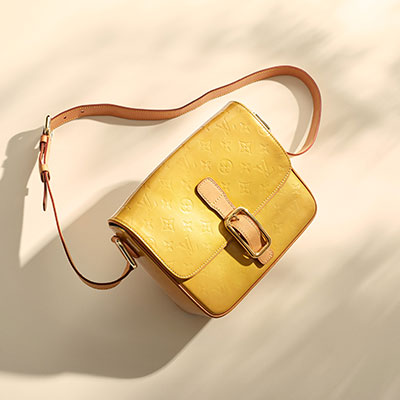 Epi Leather was introduced in 1985 as the brand's first permanent leather line, and it's been beloved for its durability and vivid colour selection ever since. The leather is dyed, printed with Epi's famous three-dimensional wave pattern and then painted with a colour-matching top coating, which ensures that the colours become especially bright and makes the leather very resistant to water and wear. There's a reason Epi bags are so popular on the resale market: they require very little care to look virtually new for years.

View all bags with Epi leather > 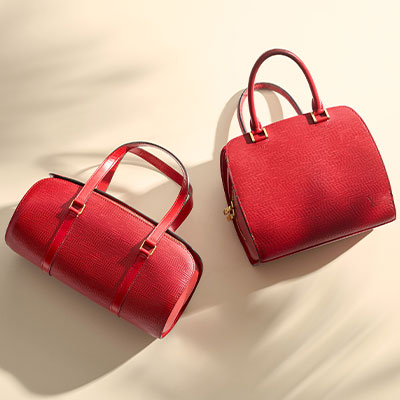 Contrary to popular belief, Damier Canvas was created before Monogram canvas. Influenced by the striped Raye canvas that was still being imitated, Vuitton wanted to take his design even further. In 1888, Louis Vuitton created the Damier Canvas pattern, which bore a logo that reads "marque L. Vuitton déposée", which translates into "L. Vuitton registered trademark".  1998 saw the one hundred year anniversary of the release of Monogram canvas, which lead to a re-release of the original Damier canvas. “Damier” literally translates from French to English to “Checker Board.” The current Damier Ebene pattern is printed on black coated canvas in small lines of two shades of brown to create the unique and lovable checked pattern, which is why Damier Ebene fades to black in some areas when it’s been gently used.

View all bags with the Damier leather> 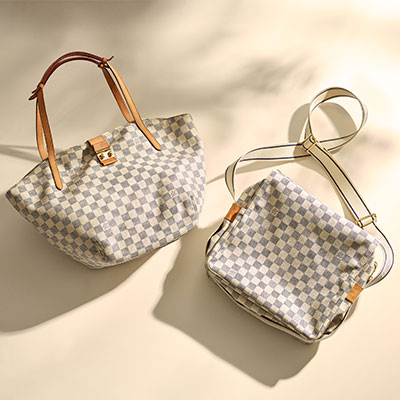