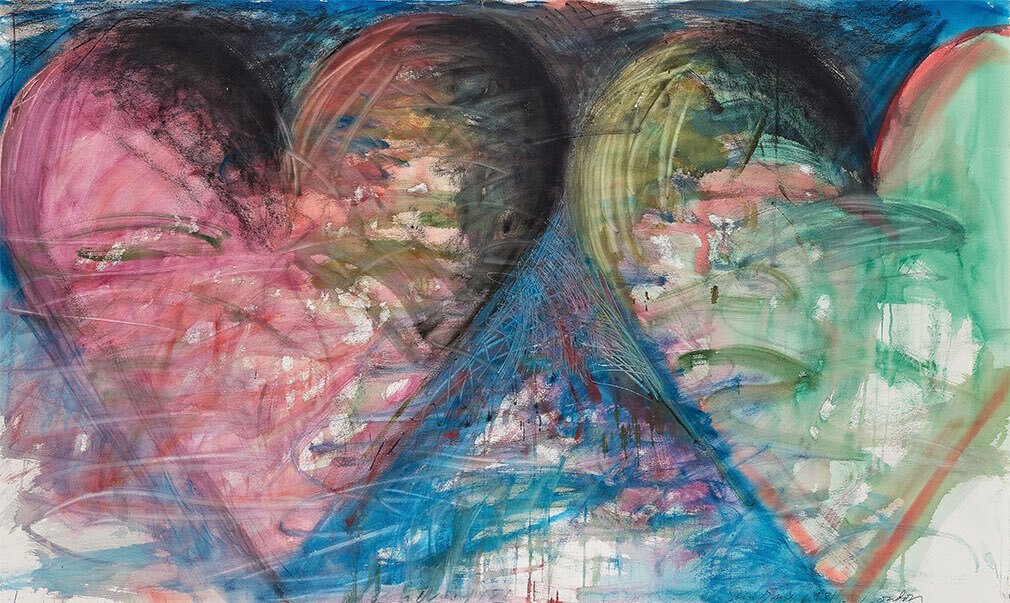 We are pleased to present an artwork by the Jim Dine at this fall's major hammer auction for contemporary art Contemporary Art & Design.

The heart has been a central subject throughout Jim Dine’s artistic career and is a recurring feature in his paintings, drawings, sculptures and graphic art. His use of this universal, uncomplicated symbol enables both himself and the viewer to apply their own emotions and ideas to the form. The heart becomes a blank page that can be filled with content and meaning.

Dine began his career at the end of the 1950s as one of the youngest in a generation of artists that sought to move away from abstract expressionism. With his legendary happenings in New York he challenged the prevailing ideas of what was art at the time.

At the Judson Gallery he exhibited, together with Claes Oldenburg, ‘assemblages’ made from objects he had found on the streets of New York. Painting, however, was the medium that Dine felt most at home with. He has described how his painting is a kind of process of correction where he repeatedly reworks the image. Colour is added, removed and revised until a result is finally achieved.

Dine’s art has been strongly associated with his range of subjects - he has worked on each series of motifs, including hearts, bathrobes and tools, in a number of different techniques and made them his own. They never involve a simple repetition. Each work is a unique interpretation in its own right. Due to his use of seemingly everyday objects and the time of his breakthrough Dine is often portrayed as a pop artist. It is a description that is only partly fitting to describe his work, and far from encompasses his entire long and productive career. Inspiration from abstract expressionism never quite left him and he has called himself both a romantic and a Maximalist. 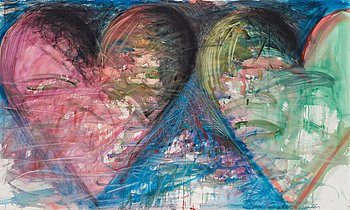