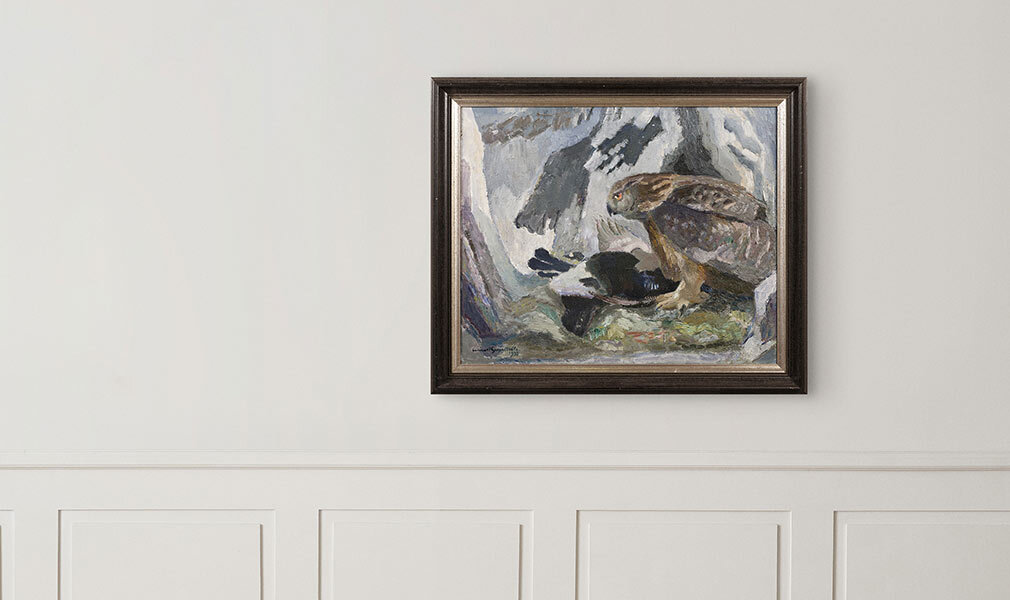 We are happy to present five magnificent works by Lennart Segerstråle at Helsinki Winter Sale. Segerstråle was a Swedish-speaking Finnish painter, who is best known for his murals and frescoes. However, his artistic starting point is to be found in nature and in bird painting. For Segerstråle, nature always held a pivotal position as a source of inspiration. Nature also constituted the starting point for his choice of career - with the slight exception that he studied to be a forester before his painting reached a level of sustenance.He looked for motives in the wooded wildernesses and out in the archipelago. He was interested in large birds, among which eagles and forest birds, geese and above all the whooper swan became his typical motives.

“My father Albert enjoyed being amongst nature. When I was a child he used to hunt and fish and sometimes I was allowed to join him. I was captivated by nature – its sounds, mood and the impact it had on my imagination.” – Lennart Segerstråle