Elinor Nystedt: ”I carry with me the boldness of mixing things and going my own way"

Fashion strategist Elinor Nystedt lives in a turn of the century two bedroom apartment in Södermalm in Stockholm. She describes her home as airy and cool, with soft colors and a combination of classics and new generation designers.

Elinor Nystedt runs Alter id together with Margareta Wingårdh, a business working mainly with creative and strategic assignments in fashion. In her spare time, she spends time with her family, preferably outdoors. Meditation and the "pursuit of a holistic life" interest her–balances, opposites and energies.
“For me, it is important to have a warm, flowing energy at home, with open airy surfaces that create a calm feeling. For rest and recovery but also for being social,” she explains.

Elinor grew up in a small town called Gällstad, 3.5 km outside Borås. Her Swedish father and Filipino mother chose to settle in the father's hometown, in "a 1930s villa with renovation needs", in the late 1970s. Elinor says that the home was characterized by multiculturalism in many ways, such as the interior and the guests who came to visit.

Her father worked for the Swedish American Line during its heyday, between 1963-1973. He shipped home a lot of things from the years at sea, "everything from Chinese vases to wooden sculptures, all mixed into in our typically Swedish pine-paneled walls and ceilings," recalls Elinor.

It was a "crazy mix”–exciting for a child. “But I understood that we were different and dreamed of having a home that was like everyone else's. As an adult, I carry with me the boldness of mixing things and going my own way–I don’t like when it becomes too streamlined and predictable,” says Elinor.

Elinor thinks it is both fun and important to mix classics with the new generation of designers. She loves glass in different shapes. Her home also has influences from Asia with rice lamps, vases and small details. Her boyfriend Martin is interested in French, Italian and American furniture–and spends a lot of time auction-hunting. They buy virtually no new furniture for their home. "When Martin and I moved together, we created something that we both feel at home in. An energy that reflects both of us." 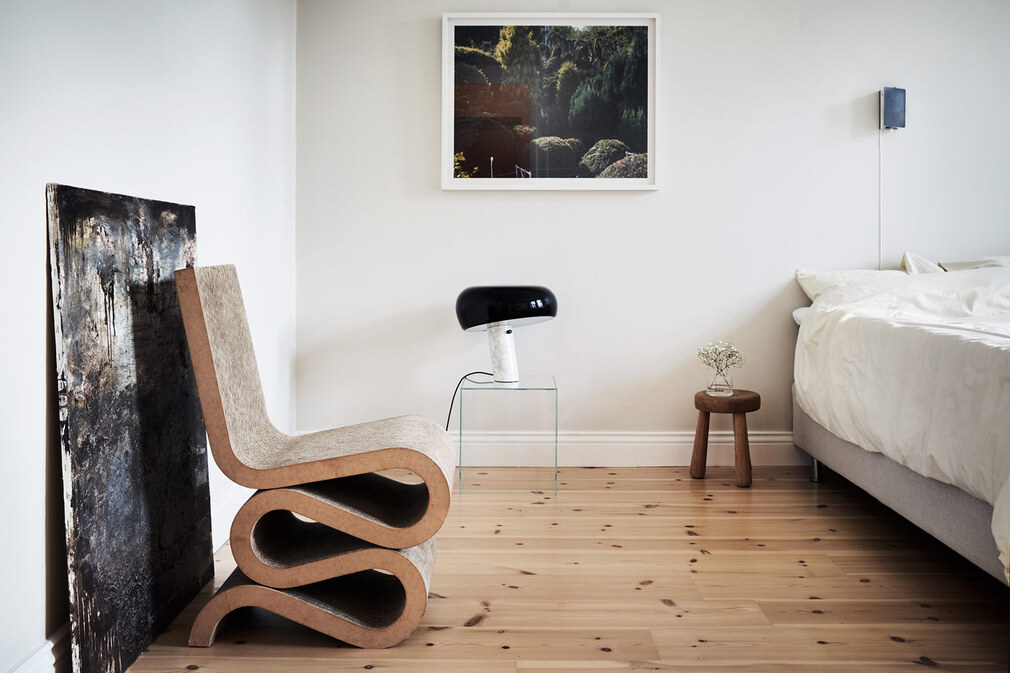