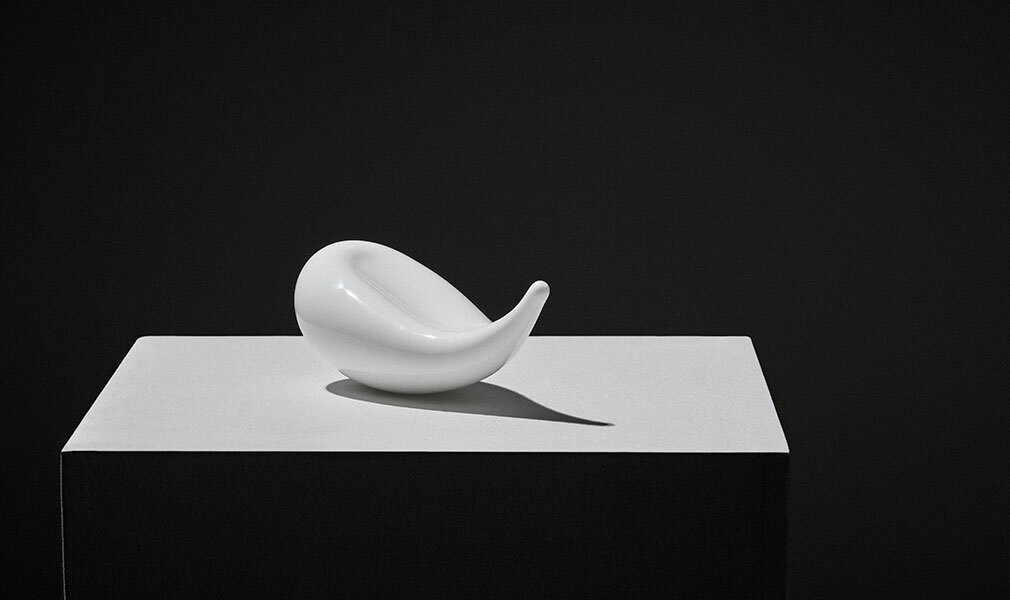 Bukowskis is proud to present a rare glass sculpture by Timo Sarpaneva. Sarpaneva was one of Finland's leading glass artists in the 20th century and he is best known for his glassware and art objects. His career at Iittala started in 1950. At that time glass was mainly used for everyday use objects, glass art wasn’t appreciated.

The “Tooth” was the first work that Sarpaneva designed for Iittala (1951). It is purely a work of art with no other functional purpose. The work was the seed from which his career as a glass artists grew.

During a visit to the Iittala museum’s warehouse in the 1990s, Sarpaneva stood silently in front of a wooden shelf and examined an object that could fit in the palm of his hand. At that time, he assumed he was looking at the only known Tooth, which had been preserved in the museum's collections for decades. Another piece was found in 2014. It now belongs to the Sarpaneva family. The Tooth glass sculpture, which is now for sale at Bukowskis, is the third known piece.

View the lot and place your bid