Irving Penn – one of our time's greatest photographers 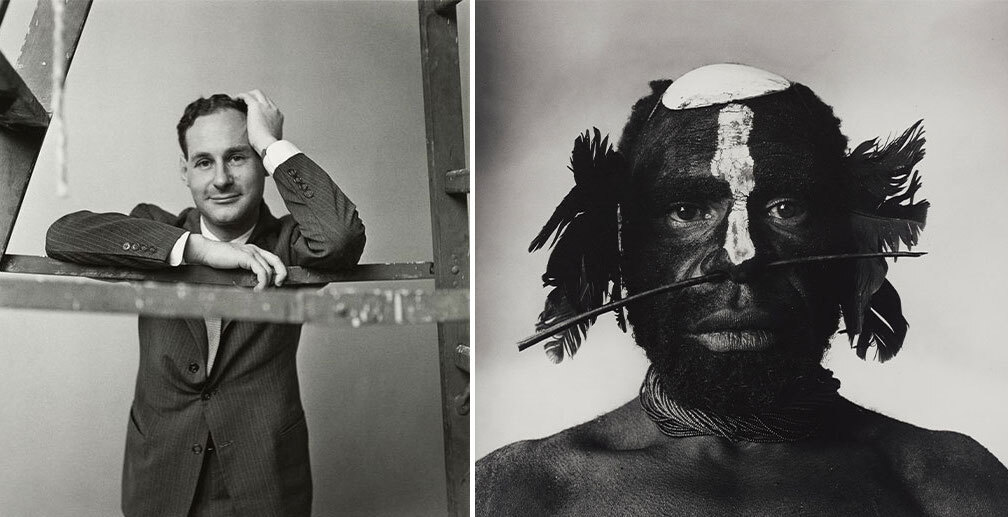 Between 1964 and 1971 Irving Penn carried out seven different projects that are often referred to as his ethnographic studies. He travelled with a portable studio and photographed different ethnic and cultural groups around the world. Penn always used local collaborators who helped him contact and chose potential models. In May 1970 Penn was commissioned by Vogue to travel to New Guinea. There he photographed, among other subjects, warriors wearing traditional and ceremonial masks and clothing – one of these is Tribesman with Nose Ornament. The images from the visit to New Guinea were published in several features in Vogue, where he worked for 65 years. He managed to balance his commercial commissions with personal projects of a totally different kind, yet they were executed with the same professionalism and sense for exquisite and understated compositions. People and objects are generally depicted against simple backgrounds using few props and natural light. It is telling that he named one of his books Worlds In A Small Room. Even on longer journeys to places such as Peru, West Africa, Nepal, New Guinea or Morocco he used that same studio. In this way he was able to capture the entire world in one tiny room.

Penn has told several sources about these fascinating meetings with people from indigenous populations or other minorities. In the book Worlds In A Small Room he writes: These remarkable strangers would come to me and place themselves in front of my camera and in this clear north sky light I would make records of their physical presence. The pictures would survive us both and at least to that extent something of their already dissolving cultures would be preserved forever.

Irving Penn's "Tribesman with Nose Ornament (New Guinea, 1970)" will be sold at this spring's auction of Contemporary Art & Design. 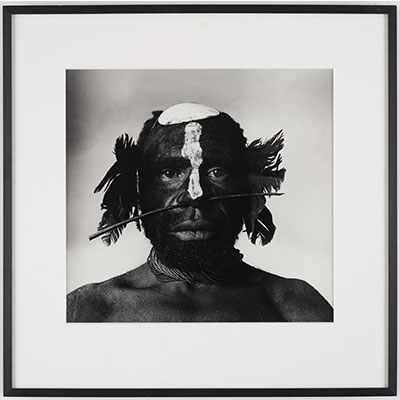