A rare "spov" by Birger Kaipiainen

Birger Kaipiainen was a ceramic artist with a peculiar and very special design language that expressed a rich world of fantasy. In 1937, 22-years old Kaipiainen started to work at Arabia and stayed there until 1954 when he turned to the Rörstrands factory between 1954 and 1958 before returning to Arabia to work there until he died in 1988. His earliest production was inspired by the design language of Byzantine art and he often made use of a sgraffito technique where the decorations were scratched. The decorative and flowering barrels from Kaipiainen's later production, which he is perhaps best known for, were usually built up with the relief effect of ceramic balls, the glazes were often colourful and intense, sometimes with iridescent shades of glaze. In addition to flowers and fruits, various animals also figured in the fantasy world of Kaipiainen and he often returned to his favourite motif with birds in the lead role.

Kaipiainen began experimenting pure sculptural bird motifs in the late 1950s. He received the Grand Prix at the Triennale in Milan for a sandpiper bird sculpture in 1960.

The sandpiper we have the pleasure of selling at the spring auction is made in 1958 and has a body entirely in ceramics. The decoration shows a variety of bells, a recurring motif in Kaipiainen's visual world and is said to have reminded Kaipiainen of the young friend Kuovi who spoke about the migratory birds' intrinsic clock.

The sandpiper sculpture from our upcoming Modern Art + Design auction bodes the pearl birds that came to make Kaipiainen internationally known. They were done by first creating a steel skeleton that built up the shape, which was clad with hand-rolled ceramic beads and sometimes provided with other decorative elements. The auction's sandpiper is documented from Kaipiainen's separate exhibition at Wärtsilä in Helsinki in 1958. 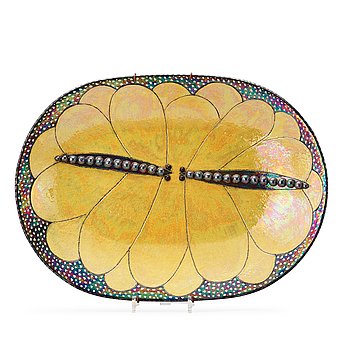 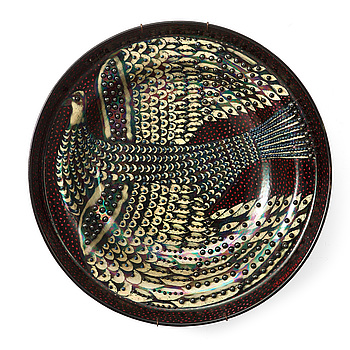 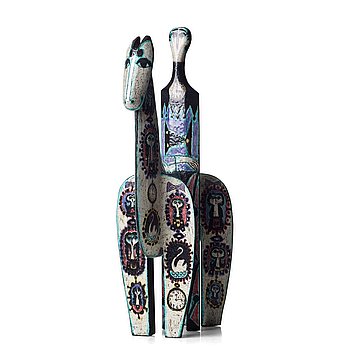 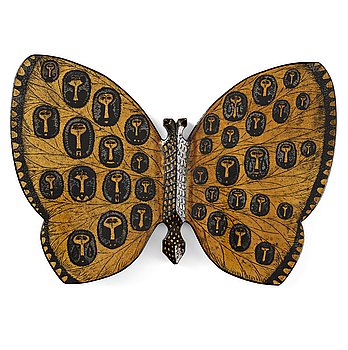