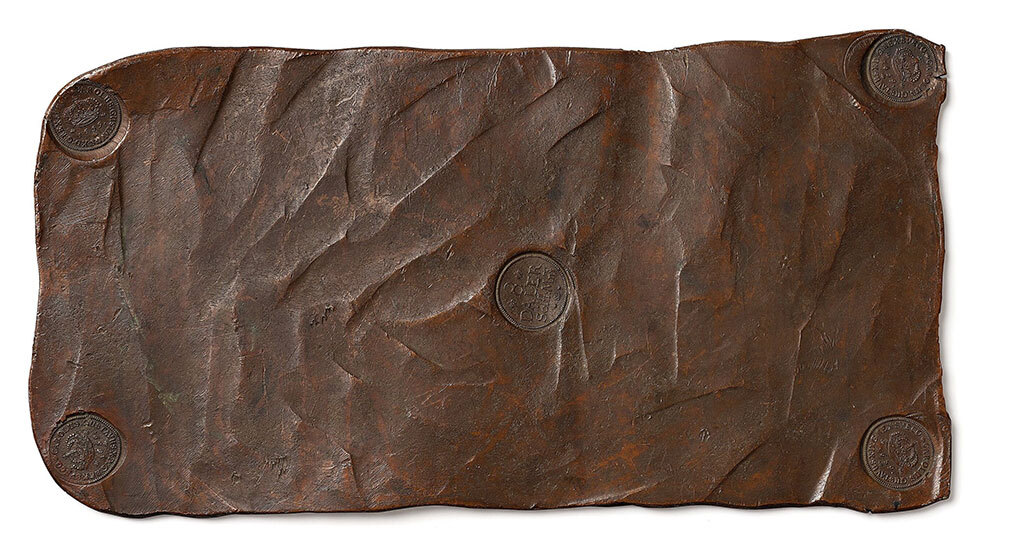 Bukowskis proudly present a sensational sale of a rarity in absolute top class, a plate coin of 8 daler SM, with a weight of 14.5 kg, minted in 1659 in Avesta that will be up for sale during this spring's auctions.

The 8 daler coin is the highest value of denomination that can be acquired by a collector today, making the coin exceptional and extremely sought after. The plate coin will be auctioned at Important Spring Sale on June 3–4, with an estimated price of 2 000 000 – 2 200 000 SEK. The viewing of the plate coin takes place May 28 – June 2 at Bukowskis at Berzelii Park 1 in Stockholm, which gives a unique opportunity to see this rarity up close. Bukowskis also offers digital viewings in virtual reality.

"It feels overwhelming to be given the trust to handle one of the most important objects from the Swedish era of great power under King Karl X Gustav, who succeeded the abdicated Queen Kristina. It is a piece of Swedish history that tells something of a bygone era, which gives a true sense of the changes of history", says Björn Extergren, Head of Consignment & Sales Department, Fine Art.

The coin is in pure copper but is called plate money as it is reminiscent of the so-called copper plates which was a typical export product at this time. In Sweden, silver was scarce, of which these copper plates were preferred over the amount of small coins required to come up in the same value. In most cases, the editions are unknown, as most copper coins were melted down after the copper price went up. Today, only 90 copies of the 8 daler coin is known. In private ownership, there are probably only 10–20 of them.

In 2017, The Royal Coin Cabinet opened the doors to the well-attended exhibition "The world's largest coins!" to illustrate the history of copper's importance to the Swedish economy. The exhibition showed, among other things, the world's largest coin of the highest value of denomination, 10 daler silver coin weighing 19.7 kg. Today, all examples are in public collections except one (previously in the collection of the Bonde family). No official sales have been recorded in the last 200 years.

Plate coins were already minted in the early 1620s to replace silver money and the reason why the coins became so large was because copper was less valuable and required larger volumes. The plate coins were later replaced by banknotes, which Sweden were first to launch at the end of the 17th century.

This sensational plate coin has a provenance of prominent collectors before it came out for auction in November 1994, at Ahlström's Coin auctions in Stockholm. The coin has since been inherited. To the lot >

Bukowskis is also proud to present Sweden's oldest (first) preserved share certificate issued on December 31, 1728 at Elias von Walcker. Later forwarded to Patrick Alströmer in 1762. The letter is stamped with a black paint seal with arms of alliance: von Yxkull-von Walckers. The letter will be sold at Important Spring Sale for an estimate of 25 000 – 35 000 SEK. 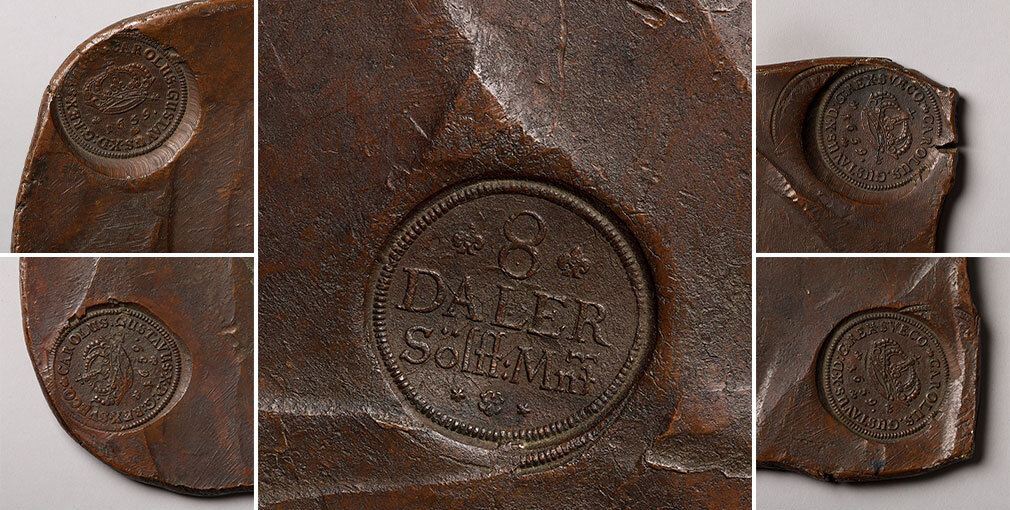