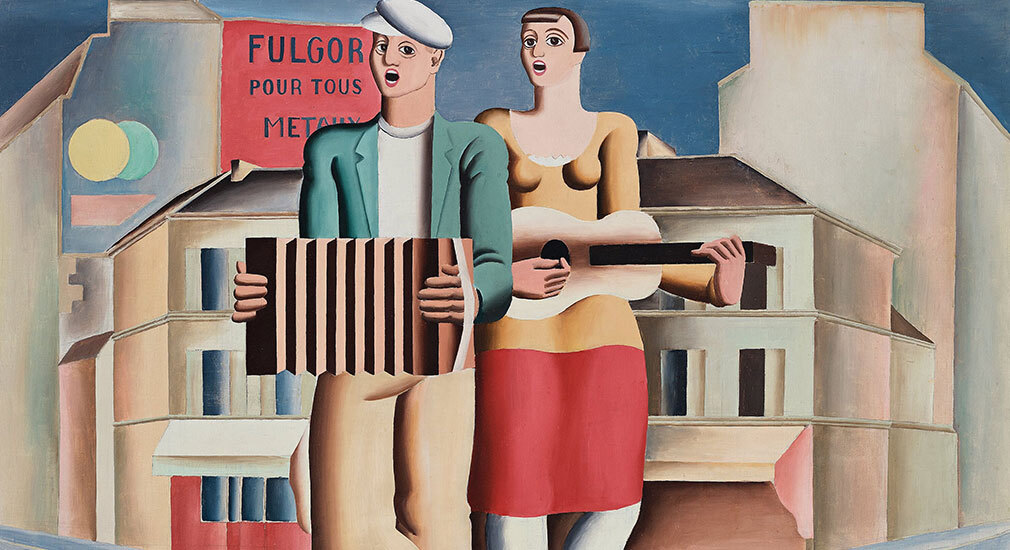 One of this spring's many highlights: work by Waldemar Lorentzon

In February 1924 Waldemar Lorentzon and his cousin Erik Olson arrived in Paris. The vivid art cosmopol made a great impression on both of the young artists. They rented a studio in rue Notre-Dame-des-Champs 86, where other Swedish artists like Arvid Källström, Isaac Grünewald and Gösta Nystroem also lived. The meeting with Fernand Léger, who hade his studio across the same courtyard, was of big importance for both Lorentzon and Olson. They attended classes at Legér’s Academie Moderne where the master’s post cubist style had a great impact on their artistic development.

Fernand Léger inpired his students to perceive the plastic forms in things surrounding them like road signs and the tube shapes of factory chimneys among others. They were taught how to create an image with separated architectural forms in bright, unmixed colours.

In the painting ”Gatumusikanter” dated 1927, Waldemar Lorentzon creates an image where he is clearly inspired by Léger’s ideas but where he at the same time shows a world of his own. The rare works from the other half of the 1920’s defines a peak in Lorentzon’s artistic ouevre.

Street musicians was acquired directly from the artist and thence by descent to present owner. The artwork will be sold at Modern Art + Design on June 16th. On view June 11–15th at Berzelii Park 1 in Stockholm, Sweden. 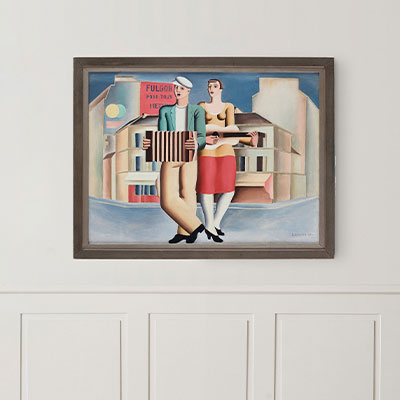