For over five decades Richard Pettibone has questioned the basic concepts of art in his carefully executed miniatures of masterpieces from art history. As one of the pioneers in what came to be known as ‘Appropriation Art’ he began, already in the 1960s, to produce small-scale versions of Roy Lichtenstein’s comic panels, Frank Stella’s curved lines, or Andy Warhol’s soup cans, for example. By copying artists more or less contemporary to himself he contributed important components to Postmodernism’s mix of inspiration, borrowing and re-using. In his imitations (sometimes done as exact replicas, sometimes with details added or removed) he explores the notion of ownership and the important role that material and technique plays in an artwork. 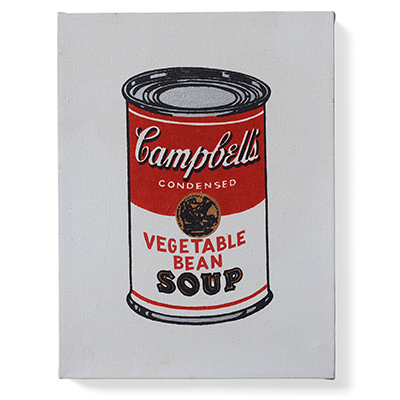 Warhol’s work has been a great influence on Pettibone’s entire career. He was highly affected by the legendary exhibition at Ferus Gallery in Los Angeles in 1962 where 32 Cans of Campbell’s Soup was first shown. The 32 paintings (one for each flavour of Campbell soup) were hung in a long row in the gallery. At the time many people were shocked by the aesthetic, borrowed from the advertising world, yet the piece contributed to Pop Art’s breakthrough on the American West Coast. 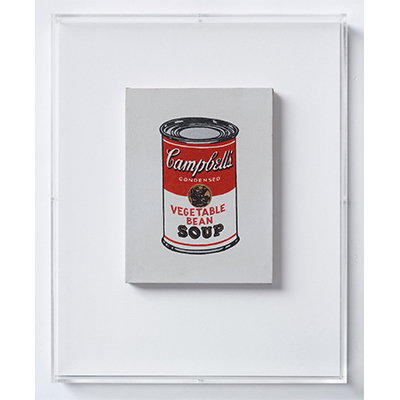 For questions regarding condition reports, please contact our specialists: