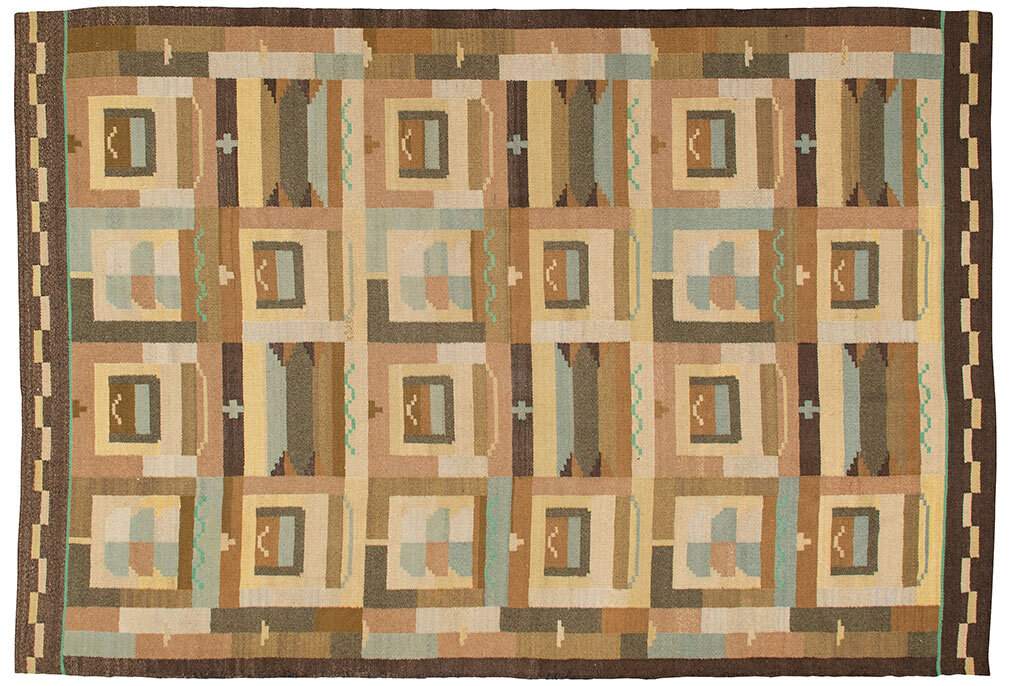 Maija Kansanen-Størseth (1887-1957) was one of the pioneers in Finnish textile art. The very beginning of her career as an artist was during a time when Finnish textile art became more professionalized in affiliation with the increasing appreciation of this art form.

Maija Kansanen graduated from Taideteollisuuskeskuskoulu (the School of Art and Design) with a degree in model drawing. But similarly too many other female artists at that time, she quickly turned to textile art. As explained by her own words, she felt that a profession as a painter was rather unstable and she did have an interest in practical and everyday objects. Further, she travelled abroad on study trips to Europe and the United States in order to complement her education. Later, Kansanen founded an art weaving studio in Helsinki and additionally held several exhibitions of her own, which received a lot of attention and was greatly admired. Following, in the late 1930s, Kansanen moved to Oslo after marrying a Norwegian cellist, Rolf Størseth.

During the interwar period, the textile industry in Finland was experiencing a unique situation. Textile art was already greatly admired, had the reputation of being high qualitative and was even seen as the most advanced field of the arts and crafts industry. At that time when the national culture was emerging, the culture of folk art had a significant impact on the appreciation of textile art and more specifically of ‘ryijy’-carpets. These carpets were believed to have a strong association with the past. When functionalism began to influence the Finnish art industry in the 1930s, textile artists were among the first to express functionalistic design. A new kind of design language based on Cubism and Constructivism initially received harsh criticism in the visual arts, while in the textile arts they obtained recognition because of the correlation to allmoge and folk art.

The high level of Finnish textile art also received international recognition. The Barcelona flatweave carpet by Maija Kansanen, now auctioned at Bukowskis, is the same model that awarded Kansanen the Grand Prix at the Barcelona World's Fair in 1929. The carpet was made at Aaltosen Mattokutomo in Kiika in the 1930s. In the same weaving studio, carpets by Finland's leading textile artists were made designated to many important public spaces, including the Parliament House.

The Barcelona carpet presents a very successful combination of the modern and the traditional, which is exemplary for that era of textile art but also for Maija Kansanen. The grid-like composition of motifs on the carpet is associated with an old tradition in the figural world of Finnish carpets. In the graphic patterns in the ornament, there are references to popular motifs while the colours of the carpet represent a colour scheme of functionalism.

The carpet will be sold at Helsinki Design + Contemporary Art, October 9-25. Read more about the auction here > 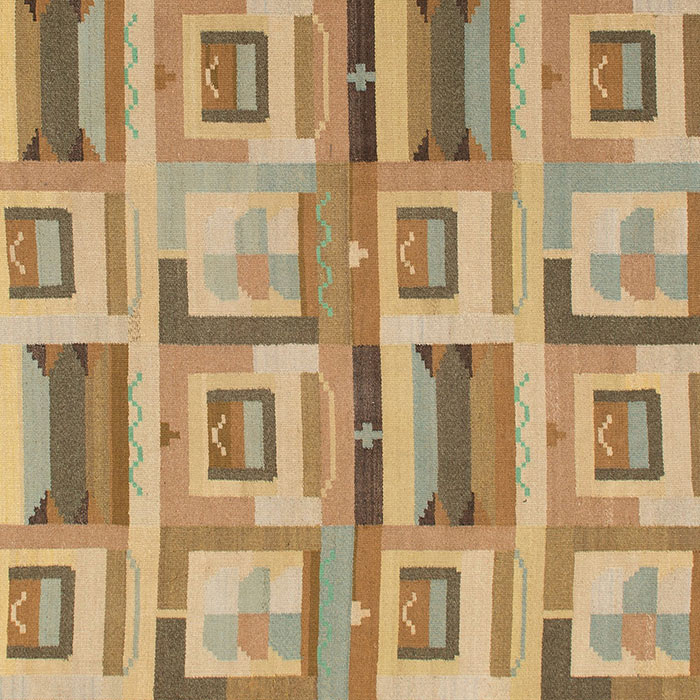