Niles Strøyer: “I personalised my home to the extent that it is an obvious extension of myself”

Niels Strøyer, the acclaimed designer, creative director, and founder of Frama describes his home as “raw paint on a naked canvas” where the rustic, simple walls meet, only the essential interiors and collectibles. Bukowskis were invited into the home of the Danish designer and his wife Franca-Christina Christophersen’s ground-level floor apartment in Copenhagen to talk about his work and philosophy about interior and art, life and beyond.

– After living almost, a decade at Vesterbro, Copenhagen, I was searching for a new chapter in every aspect of my life. I wanted a building that is not traditional, with a high ceiling and a home that would present the feeling of living in an actual house. The new home happened to be a former watchmaker store and had been empty for a few years.

Niels Strøyer grew up in a typical yellow brick stone house from the 1950s with his parents and his two brothers, in Næstved, south of Copenhagen. He met his wife Franca-Christina who is from Auckland, New Zealand, in Denmark, where she had decided to move to pursue a career in ceramics.

– We randomly met each other in a bookstore in Copenhagen, when we were introducing one of our new books, SHARE vol 1, by Frama. Today, she has finalized her apprenticeship and running her own ceramic company called Objects — Franca. I’m impressed by the dedication and focus she already created and I’m excited to follow her path as a ceramicist and artist. 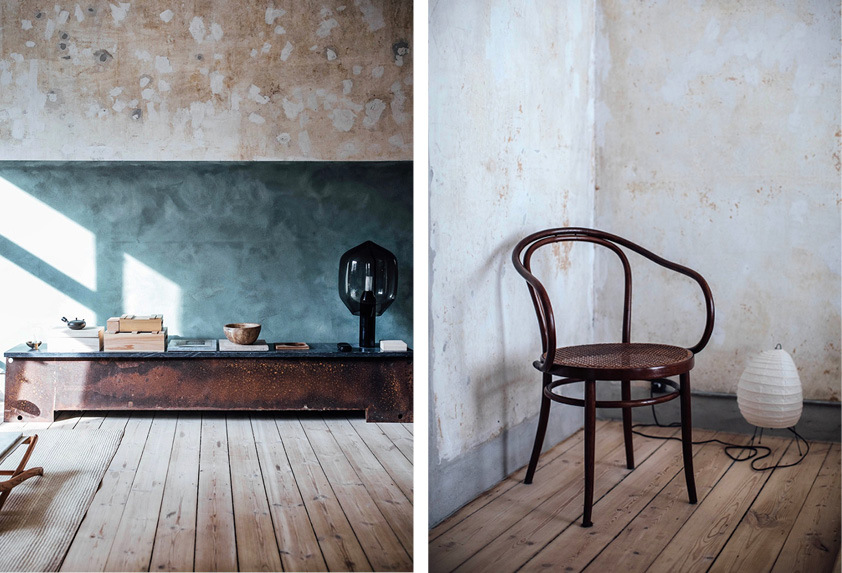 What did you do prior in your career before launching Frama?

– I moved to Copenhagen more or less the same day I finished high school and found some random work in the building industry. The experience within the building and construction industry has influenced and shaped me a great deal later on, and the reasons why Frama has its very straightforward approach to design.

Following, Strøyer studied communication and marketing in Copenhagen and additionally spent six months abroad in Paris which had a significant influence on his interest in art and design.

– I was truly stimulated and inspired while living in Paris. Cappellini´s flagship store, galleries, Jean Prouvé, French classics, Scandinavian classics, and artists such as Pablo Picasso and Ossip Zadkine. The many impressions of art and design while living in Paris, combined with a bohemian approach to life and the experience of many different sub-cultures of Asian, Jewish, Islam, African, and French/European taught me to appreciate how diversity and culture are universal and that we are equal despite our backgrounds.

Years later, Frama launched its first collection in 2011. The well renowned and internationally acclaimed design brand creates simplistic objects, with emphasis on natural material that encourages mindful living. Frama represents humbleness and simplicity, where subtleness is a core function of who they are as a company. 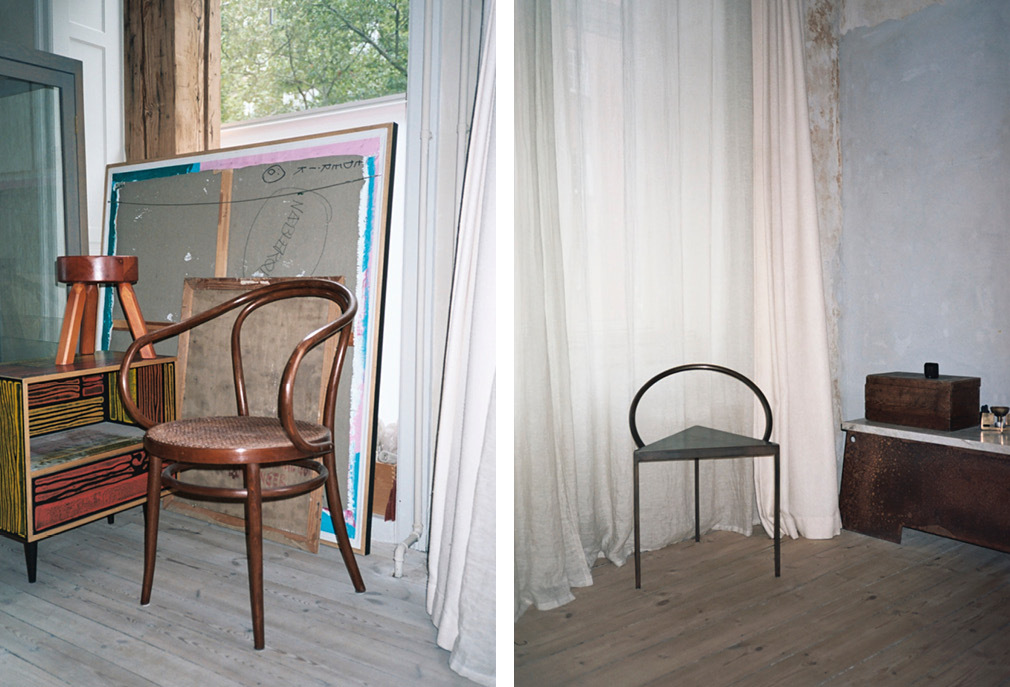 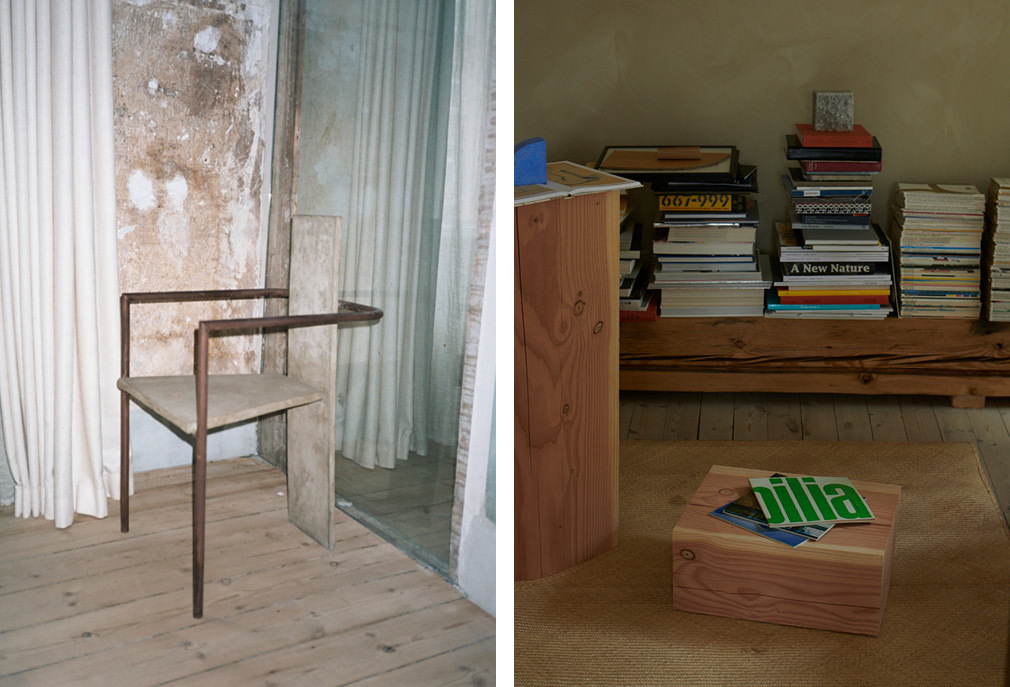 From left: Jonas Bohlin, "Concrete chair" / A selection of Niels books and magazines.

The Frama design and world around it is famous for its raw look, natural material, quality and simple geometrics. How important is this for you when acquiring new designs for your home?

– It is of great importance and I only collect pieces that possess these qualities. Each design that carries these qualities, present clear evidence of the passion for the material characteristics. Somehow a design has to be organic to live.

Strøyer has altered the four-bedroom apartment into one unit, where there are no doors dividing spaces, no applied decorative elements and no mouldings. The colour palette of Niels and Franca-Christina´s home is muted and saturated by natural colours. The kitchen tabletop has a subtle shade of pink, but appears seamlessly in the spaces, despite the distinct colour.

– I believe it´s because it is the stones natural colour. We have a large variety of materials in our home that brings various tones of colour to life, different woods, stones, ceramic glazes and metals. But they alter together in a very cohesive way.

For several years the “Concrete chair”, by Jonas Bohlin, has been of great importance to Niels, and it still is.

– It symbolizes something very unique, both strength and fragility, solidity and transparency, heavy and light, masculinity and femininity, sophistication and clumsiness. The many different characteristics in one object, are to me, very unique and represent the balance that only a few pieces do. 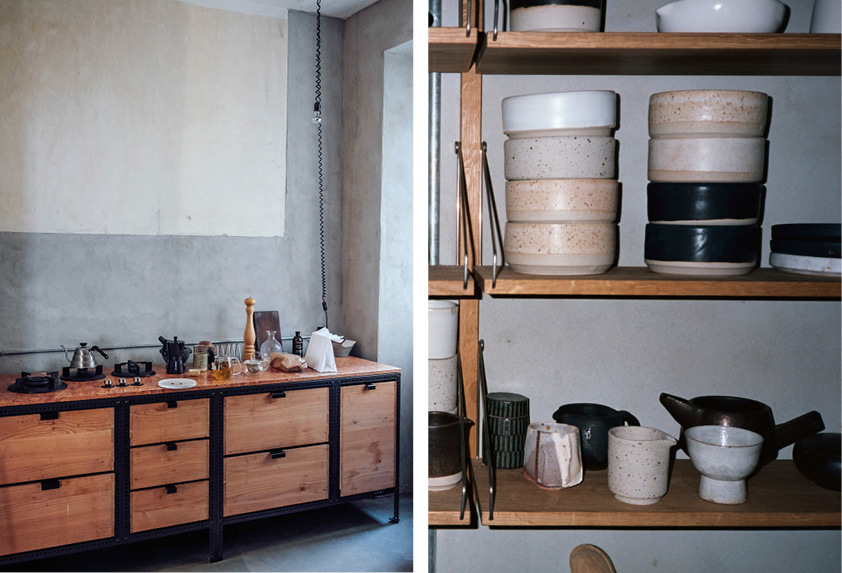 Niels kitchen and a selection of Frama ceramics.

How would you describe your home?

– My home is a place where I return after long working days, dinner out, and travels. My home means a great deal, and it would be extremely difficult for me to imagine not being able to have this as my home in the future. I have personalised my home to the extent that it is an obvious extension of myself. On the other hand, I’m also curious about the idea of creating a new second home.

Books have a noticeable presence in Strøyer´s home. He finds inspiration in literature and by people that think beyond a product and is motivated by a bigger vision. Strøyer mentions that he enjoys reading literature about Adolf Loos, Rem Koolhaas, Donald Judd, Peter Zumthor, and Yamamoto to mention a few. Currently, he is reading Human Space by Otto Friedrich Bollnow published in 1963 and a biography about Constantin Brâncuși, and the journey of becoming the artist that he is known for today.

Every year, Frama aspires to re-invent their space and during September, Frama presented the exhibition “An organic pattern” demonstrating new designs, collaborations, and the new eatery in Org. St Pauls Apotek.

– The work and theme title “An organic pattern” came out very naturally because it is already rooted strongly in the Frama brand and our approach to how we create and act.”

This year, Frama, decided to design an enclosed space in the Org, St. Paul’s Apotek designated for their care collection and fragrance collection The St. Pauls Apothecary. Strøyer further explains that the designated space reflects the collection's natural ingredients, with its earthy wall texture, natural seagrass carpet, and the warm soil coloured shelving. Frama is also introducing a new eatery in the space, Apotek 57 Eatery, curated by Chiara Barla focusing on fresh and seasonable ingredients.

With an emphasis on natural materials, simple geometrics, and uncompromising quality Frama´s work continues to connect the imaginative with the practical, resulting in a uniquely warm and honest aesthetics. We look forward to following the journey of Frama while making notable marks in the design world, both in Copenhagen and internationally, being featured in the world’s leading interior magazine such as Architectural Digest, Vogue Homes, Wall Street Journal, SightUnseen, and more. 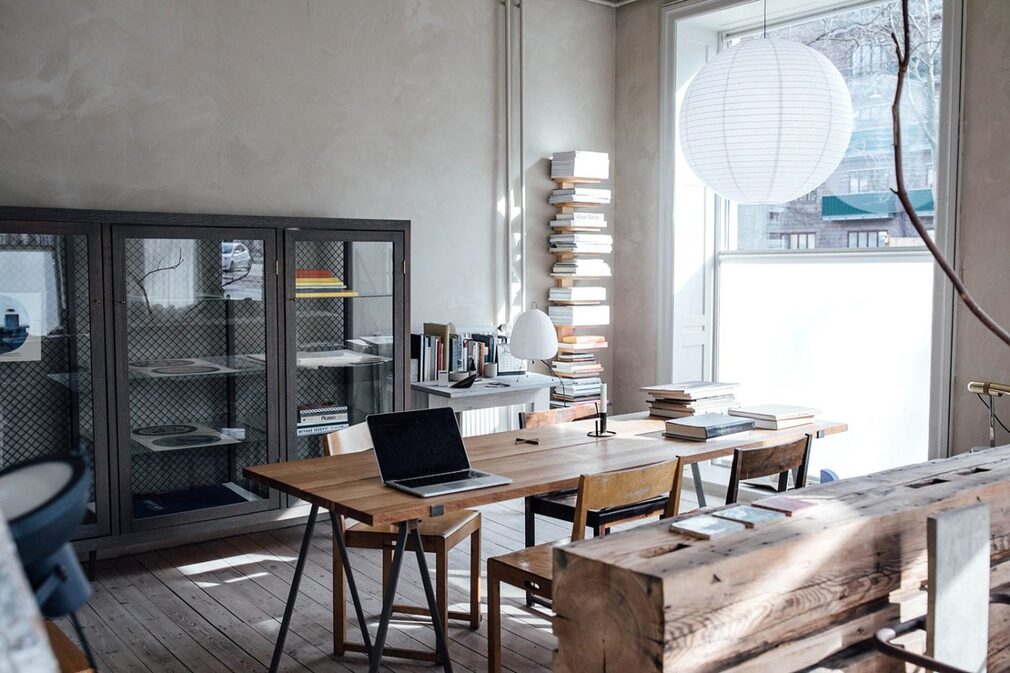 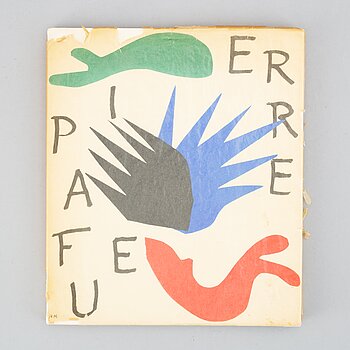 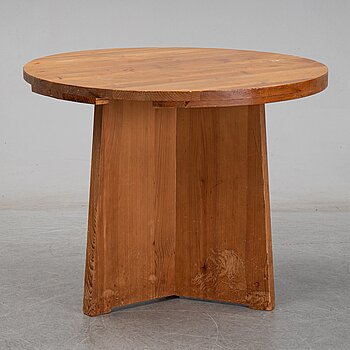 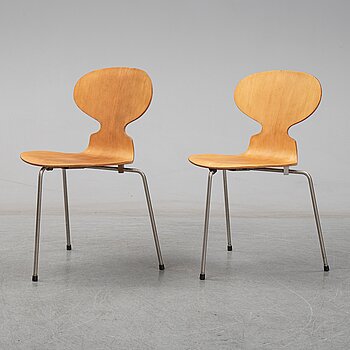 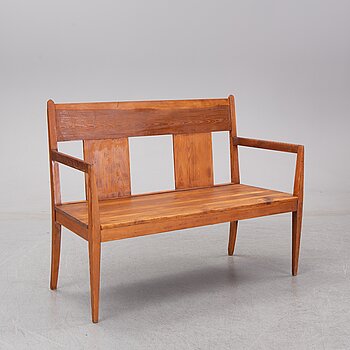 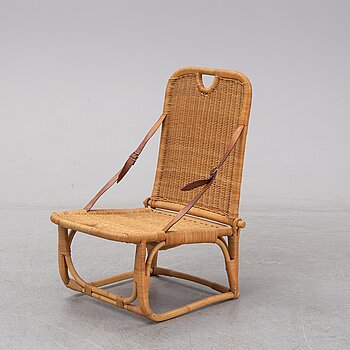 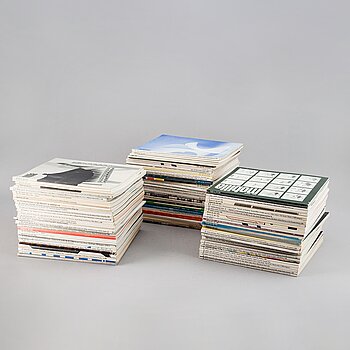 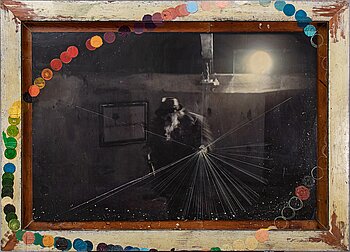 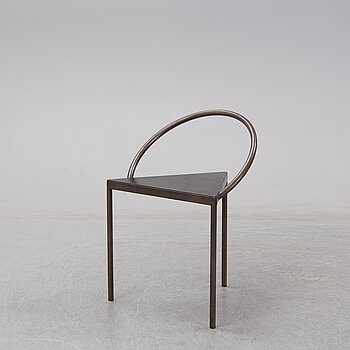 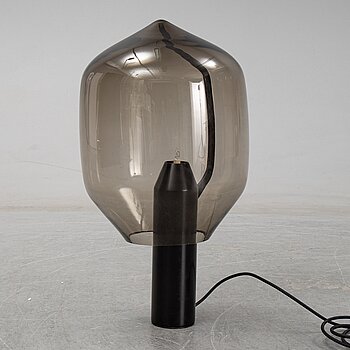 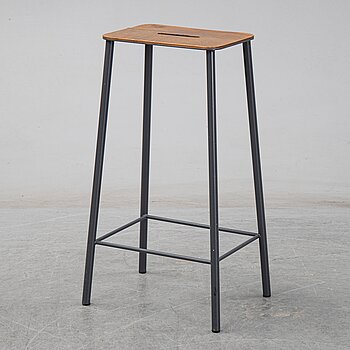 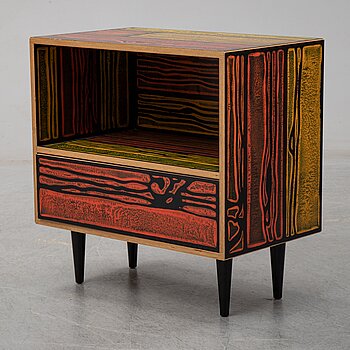 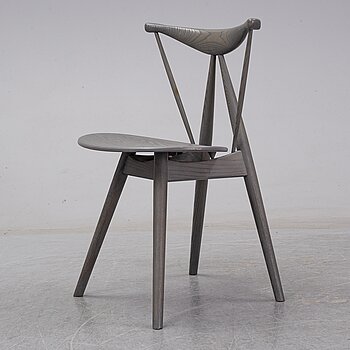 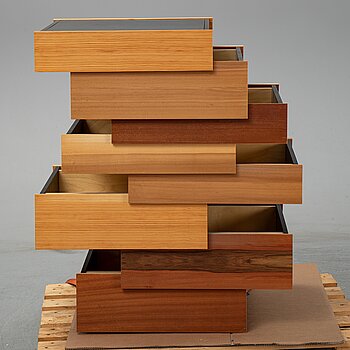 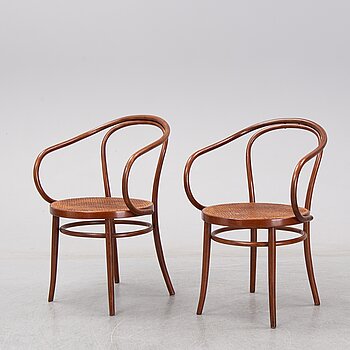 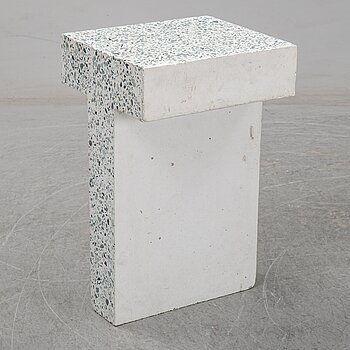 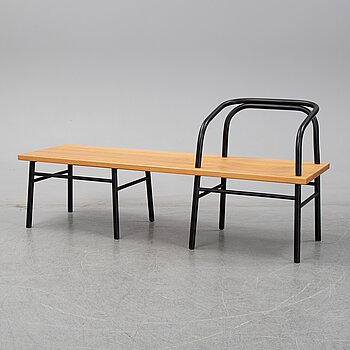 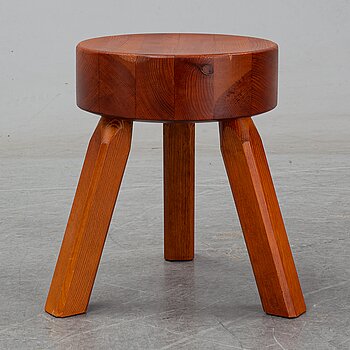 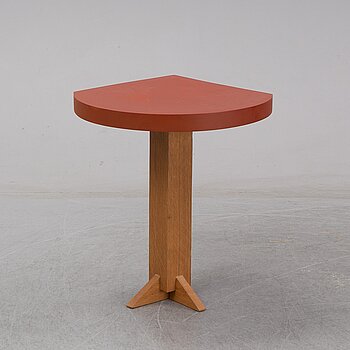