Robert Rauschenberg (1925-2008) discovered the ‘solvent-transfer’ technique during a stay in Cuba with Cy Twombly, in the spring of 1952. The technique entails borrowing a ready-made image from printed material by dissolving it chemically then transferring the image onto a new surface by rubbing the back of the image with a dry pen nib. This method broke off with traditional, academic procedures, which Rauschenberg was used to, having studied art. In this way he was now able to include mass media images, so characteristic of the Pop artist generation, in his own work. In contrast to many others of his Pop artist contemporaries Rauschenberg’s pieces were handmade, rather than mechanically produced by someone other than the artist or on a large scale. Furthermore, he would often include images that he himself had taken. Rauschenberg’s artistic practice becomes something more personal, presenting a complex visual language.

In the catalogue introduction to the major retrospective of his work shown at Tate Modern in London and MoMA in New York, Frances Morris and Glenn D. Lowry wrote in 2016:
“'I want to escape categories', Robert Rauschenberg once told the critic Calvin Tomkins. In his rejection of conventional boundaries – between art and nonart, between media, between disciplines – Rauschenberg created new modes of working that would provide foundations for generations to come. His expansive approach anticipated interests in interdisciplinary work and performative action, conceptual gesture and material process, that have shaped the art of our day.” 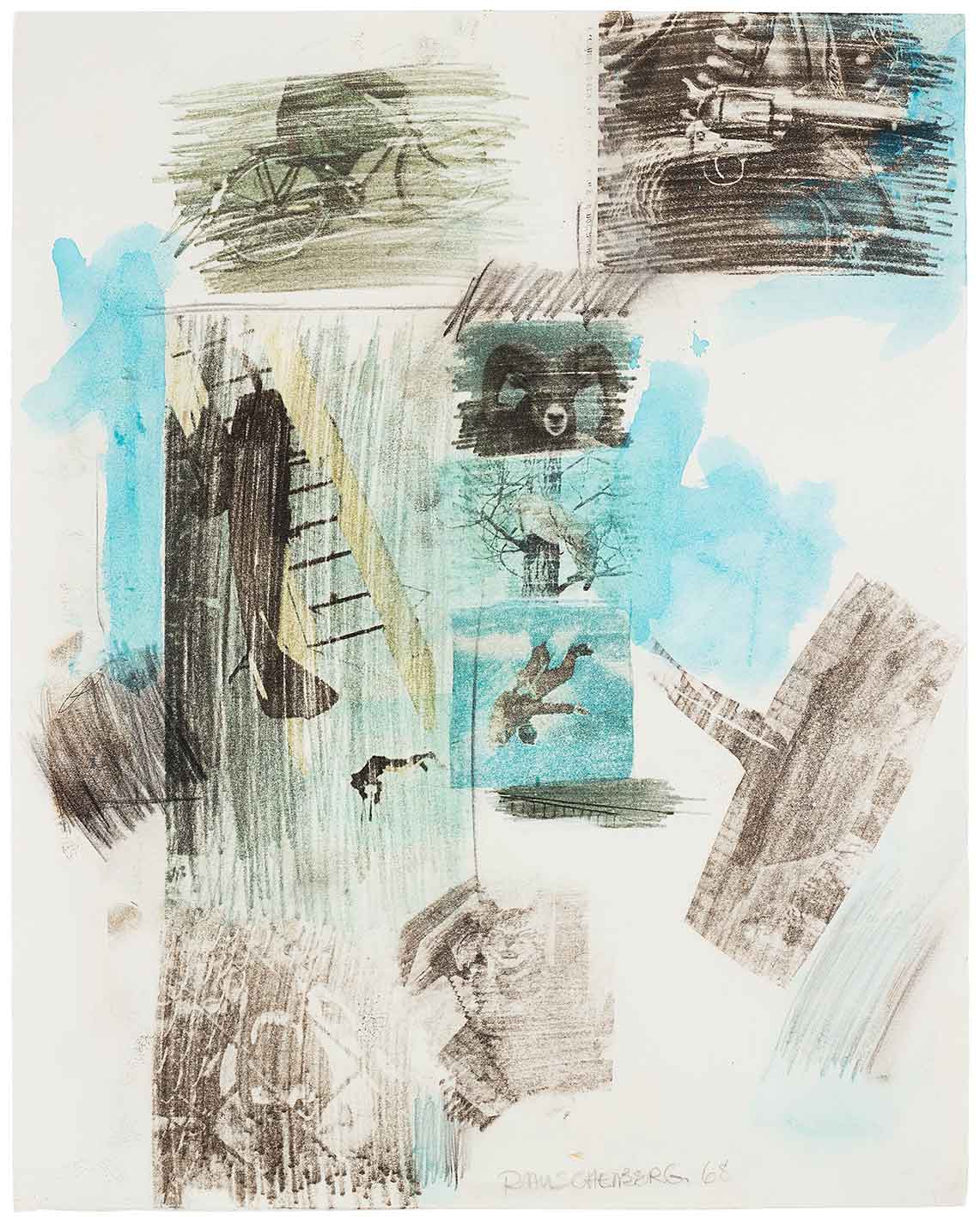 Additional work from Rauschenberg to be sold at Contemporary Art & Design