"Villa Mia" is on the most part a fantasy city, although with inspiration from Lugano, Switzerland. This painting was produced during a period when Peter Weiss was heavily influenced by Pieter Brueghel and Hieronymus Bosch. During the middle of the 1930s, Weiss exchanged letters with the Swiss author Hermann Hesse, who commissioned him to illustrate for his novels. Weiss therefore moved to Lugano to live for a short period of time with Hesse, where he was lent a studio in exchange for illustrating Weiss' stories. Today, you can find five small hand written and illustrated books by Weiss from this time, at the Hesse museum in Germany. 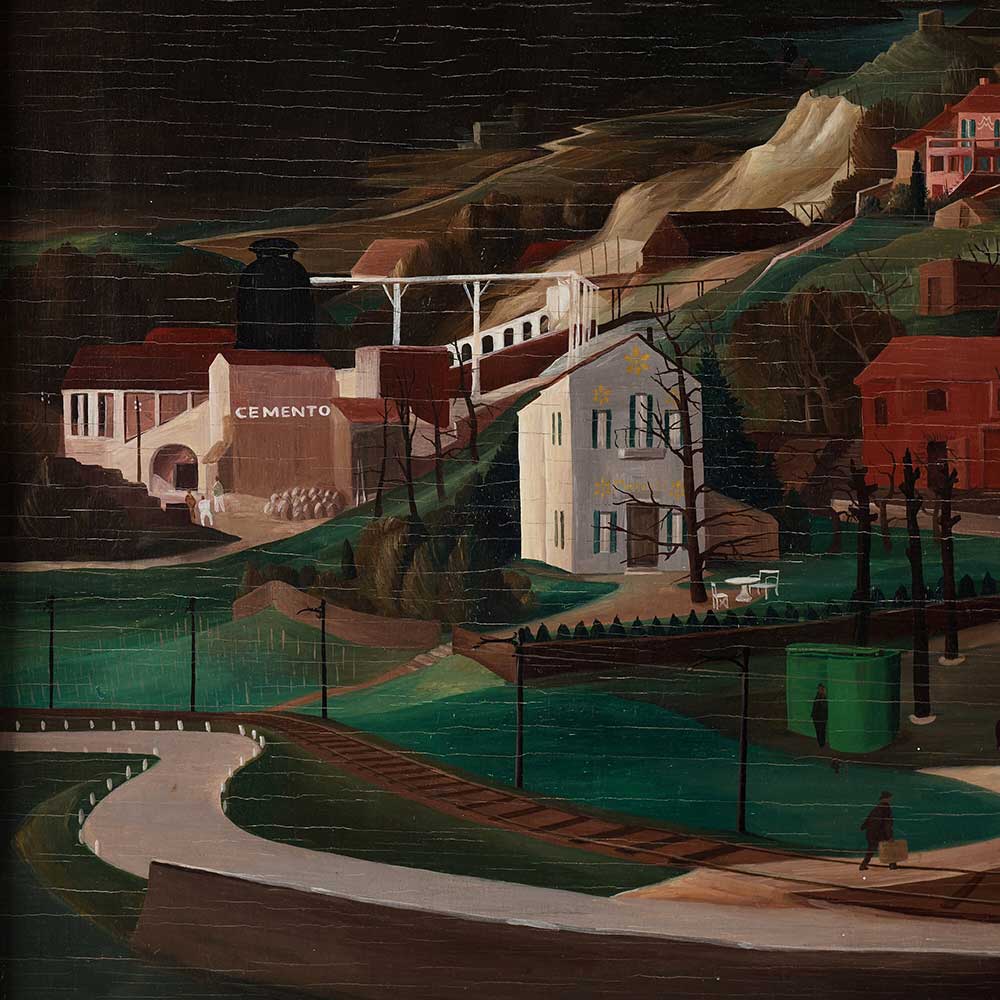