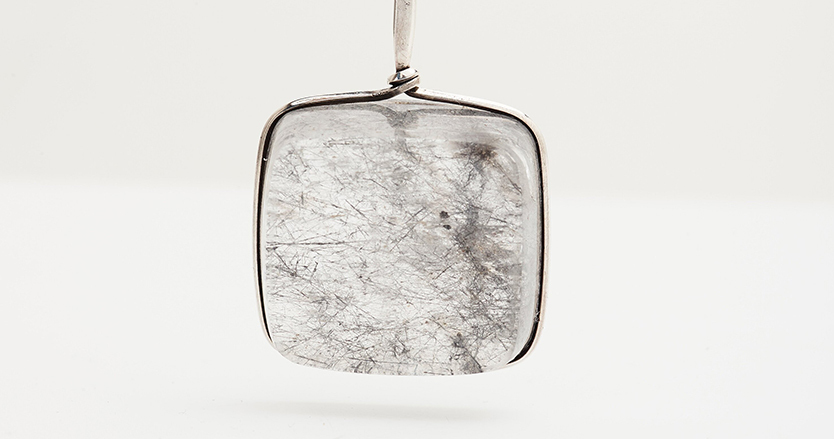 Vivianna Torun Bülow Hübe was born in Malmö into a family where art was a natural part of everyday life. Her mother, Runa Bülow Hübe, was a sculptor and her father, Erik Bülow Hübe was a city planner. Torun had her first child, Pia, as an 18-year-old. She moved to Stockholm with her small child to start at her education at Konstfack.

In her spare time, Torun began working with simple materials such as cane, brass, leather etcetera and created African-inspired jewellery. She made these at home in her studio or in the park Humlegården while Pia was playing, (an example is a piece with auction nr 168). She got the opportunity to sell her creations to Estrid Ericson who sold them in her store "Svenskt Tenn" at Strandvägen.

In the summer of 1948, Torun went to Paris where she hung out in artistic circles with, for example, Braque, Brancusi, Matisse and others. In Paris, she met her husband to be, the architect Jean-Pierre Serbonnet, with whom she had her son Claude. The couple lived in Stockholm where Torun had a small studio. She sold her jewellery herself, but also via Svenskt Tenn and in a shop at Sibyllegatan. The family visited Paris frequently, and in 1952 Torun exhibited her jewellery in Paris for the first time. Torun had a license to stamp in both Sweden and France, therefore some of her jewellery has Swedish stamps, others French. 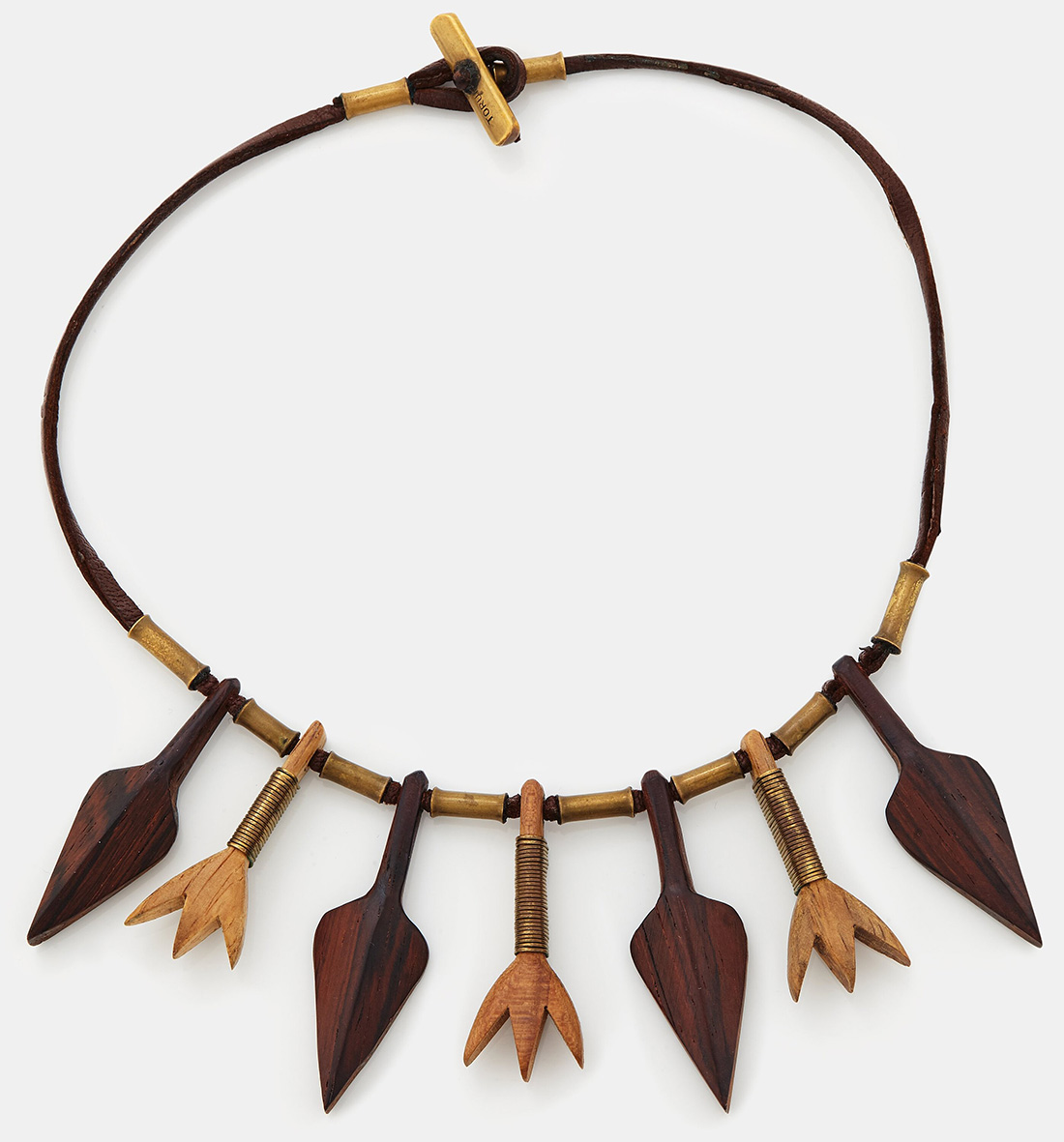 Above: One of the African-inspired jewellery that's mentioned in the text.

In 1952 Torun divorced the French architect and in 1956 she moved to Paris and met her second husband, the African-American Walter Coleman. She came to spend time mainly with Walter's friends in musicians and artist circles. Billie Holiday was one of Torun's customers at the time.

Over time, it became difficult being African-American living in Paris and the couple moved to Biot. On the local beaches, she picked beach stones that she incorporated into her jewellery. Through various contacts, Torun had the opportunity to exhibit her jewellery at the Musée Picasso in 1958. See nr 169 and nr 179. Torun had her studio at home in her house. It was an active period with various apprentices and regular visits of Swedish blacksmiths. When her marriage ended in 1965, Torun took her children back to Sweden for a new start. Life became too lonely, though, and Torun moved to Germany in 1968. In this period, the collaboration with Georg Jensen began. When Jensen introduced Torun's well-known watch with mirror glass as a clock face, it was the first wristwatch in the company's history.

The collaboration with Jensen gave Torun financial stability as well as the opportunity to experiment. In 1976, Torun started a studio in Indonesia where they made simple necklaces with mother of pearl and shells. The idea was philanthropic, she provided job opportunities, and the money would go back to the organization to finance orphanages, old people's homes and hospital-cars, among other things. In 1978, Torun herself moved down to Indonesia.

Torun remained in Indonesia with her business until the late 1990s when she moved to Copenhagen with her daughter Marcia and her family. Torun exhibited a large number of times during the 1990s. She died of cancer in 2004.

Torun was a designer that wasn’t only a pioneering silversmith by being a woman. She was a pioneer in creating those beautiful modernistic pieces of jewellery based on silver combined with glass drops, beach stones etc in such a timeless manner that has given her such a fine world repute.