We have spoken with Eva Seeman, Specialist Design and 20th Century Works of Art, who talks about the selection at this spring's Modern Art + Design. She also takes the opportunity to list some of her favourite objects among the substantial selection in this spring's auction.

Feel free to look through our web catalogue and do not hesitate to stop by for a viewing. You can also email or call me, and we will find a time that suits you. Welcome!

Read more about the auction and view the catalogue

*Hans Hedberg a monumental faience sculpture of an orange

112. The ceramics department includes exciting ceramics from the entire 20th century. Hans Hedberg's giant orange would enhance the environment in any orangery. The enormous fruits of Hedberg are not made in large numbers; it was difficult to get a perfect burn when the objects came up so large in size. The apple no. 116 is also of the larger size and has a lovely glaze. 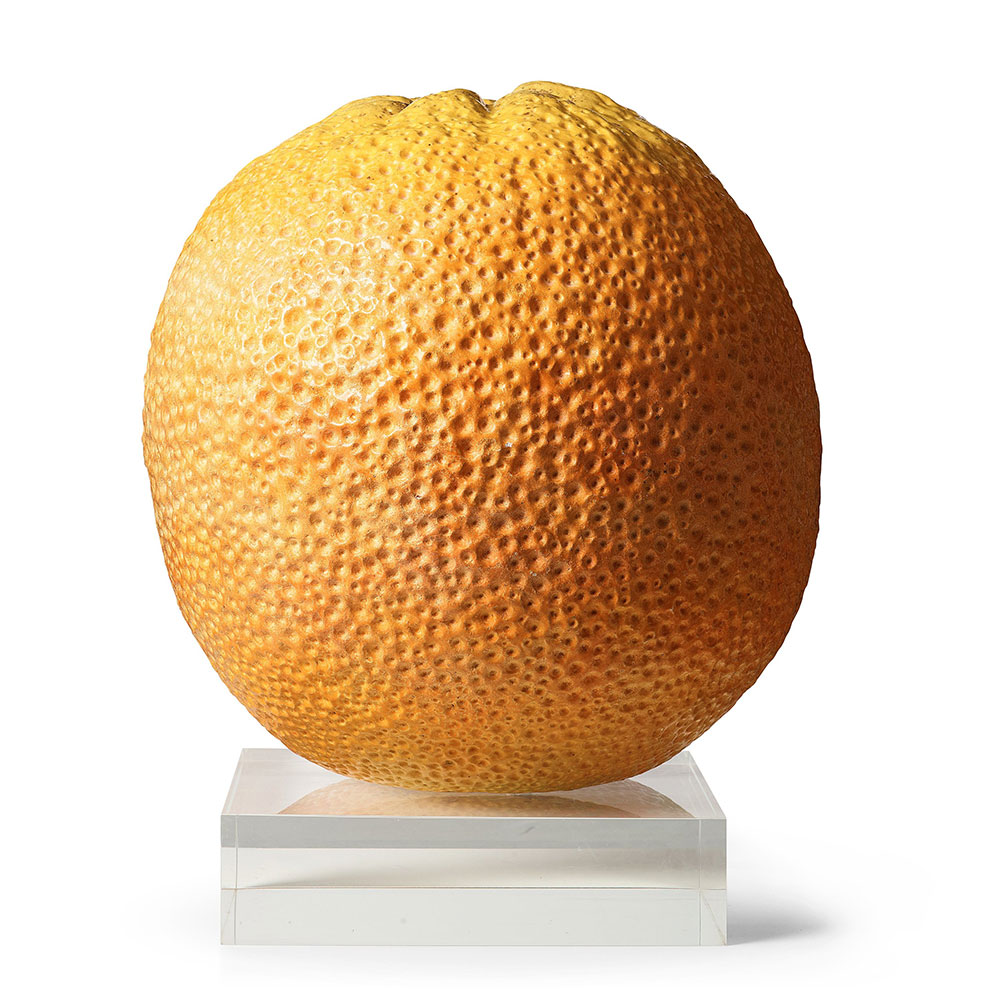 No 147 and 149. Georg Jensen's silver has been in demand since he started the company at the beginning of the 20th century. Many of the objects we associate with Jensen today were created in 1918; for example, the objects decorated with hanging bunches of grapes. In the 1920s, Sweden was the most substantial market for Georg Jensen-silver and Ivar Kreuger one of the most frequent buyers. These two numbers, the champagne bottle holder and the candelabra, are typical of the flamboyant 1920s. 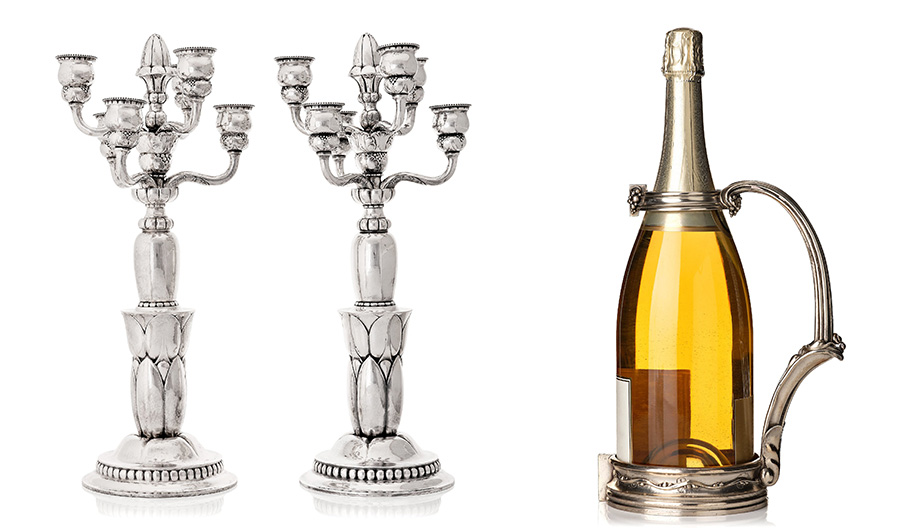 321 Erik Chambert, a bar cabinet from 1934. The handsome cabinet from the Swedish Modern period with a neatly decorated exterior and many fine details in the interior. The cabinet was part of a set of furniture ordered by a customer as a replica of the furniture Chambert exhibited at the Chicago World's Fair in 1933.

To the Bar Cabinet 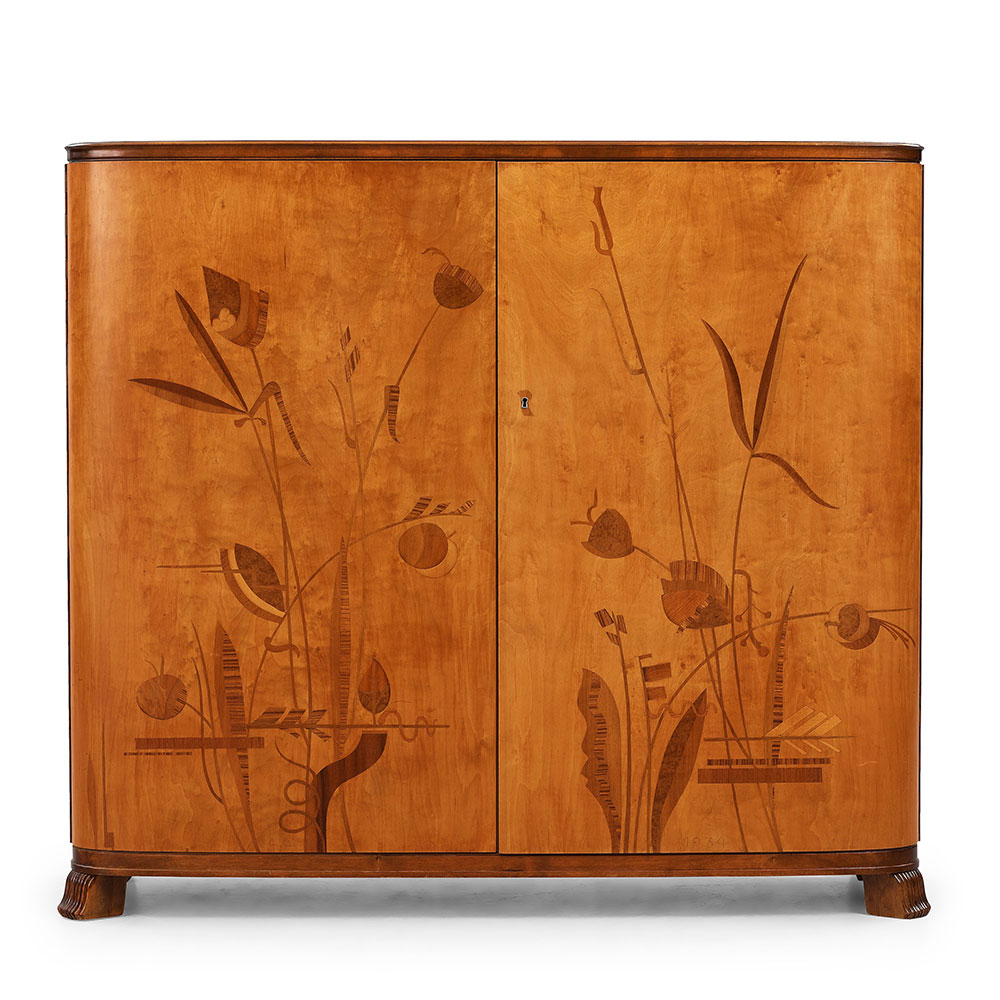 437. The company Carl Auböck in Vienna is known for its interior details with high-quality leatherwork. Here is a nutcracker with a leather handle and a two-part nut bowl with a leather-covered brass handle.

To the Nut bowl and a nutcracker 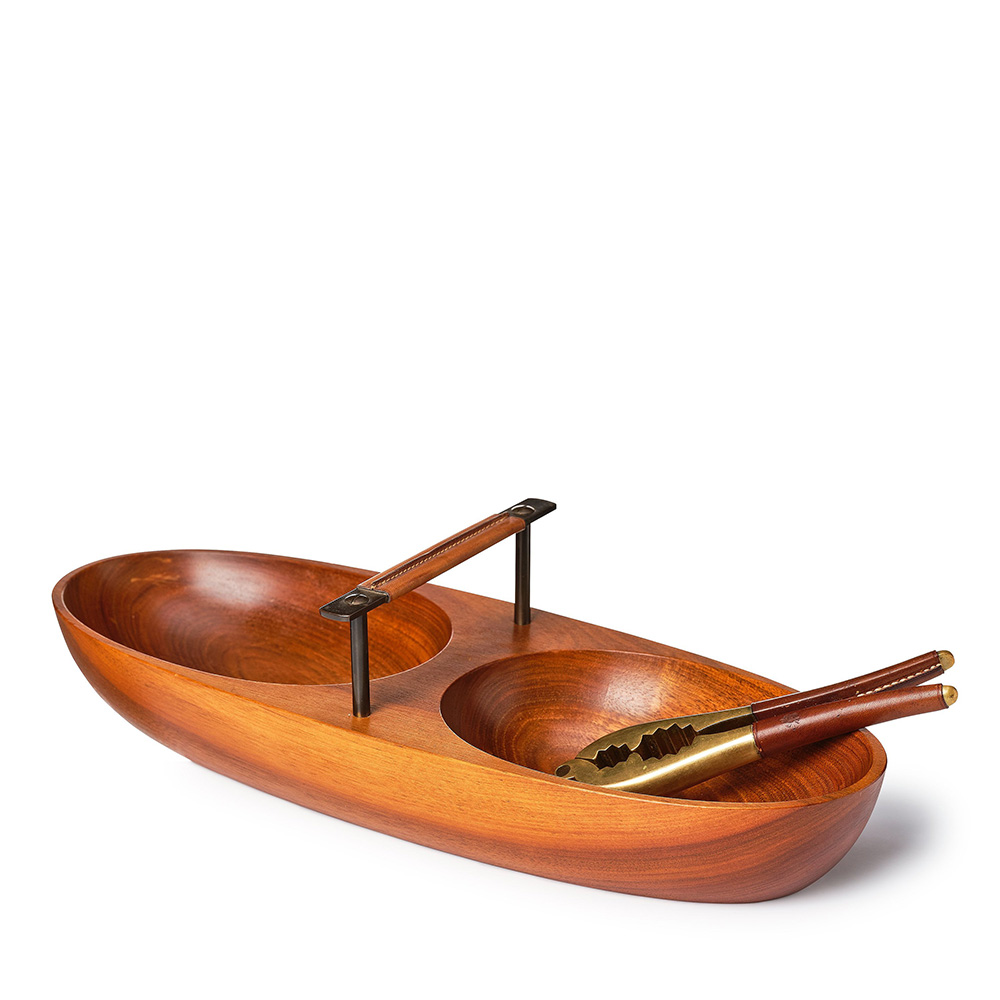 Wooden jewelery by Torun Bülow-Hübe. The same family sold a similar necklace with the same provenance at Bukowskis during last seasons Modern Auction No. 628. The two sisters in the family became acquainted with the Bülow-Hübe family in their summer paradise on Romanö by the lake Sommen.

Torun's earliest works were influenced by ethnic art, especially African. She made them while she went to art college, and her wallet was pretty thin. She sold the jewellery at Svenskt Tenn. With the money Torun received for them, new material could be procured.

You can already see here how inspired Torun was by contemporary sculpture. In the summer of 1948, Torun was in Paris and met many contemporary artists such as Picasso, Braque, Matisse, and Brancusi, of whom she was strongly impressed. Probably only a few of these early works have retained their identity and survived to this day..

To jewellery by Vivianna Torun Bülow-Hübe 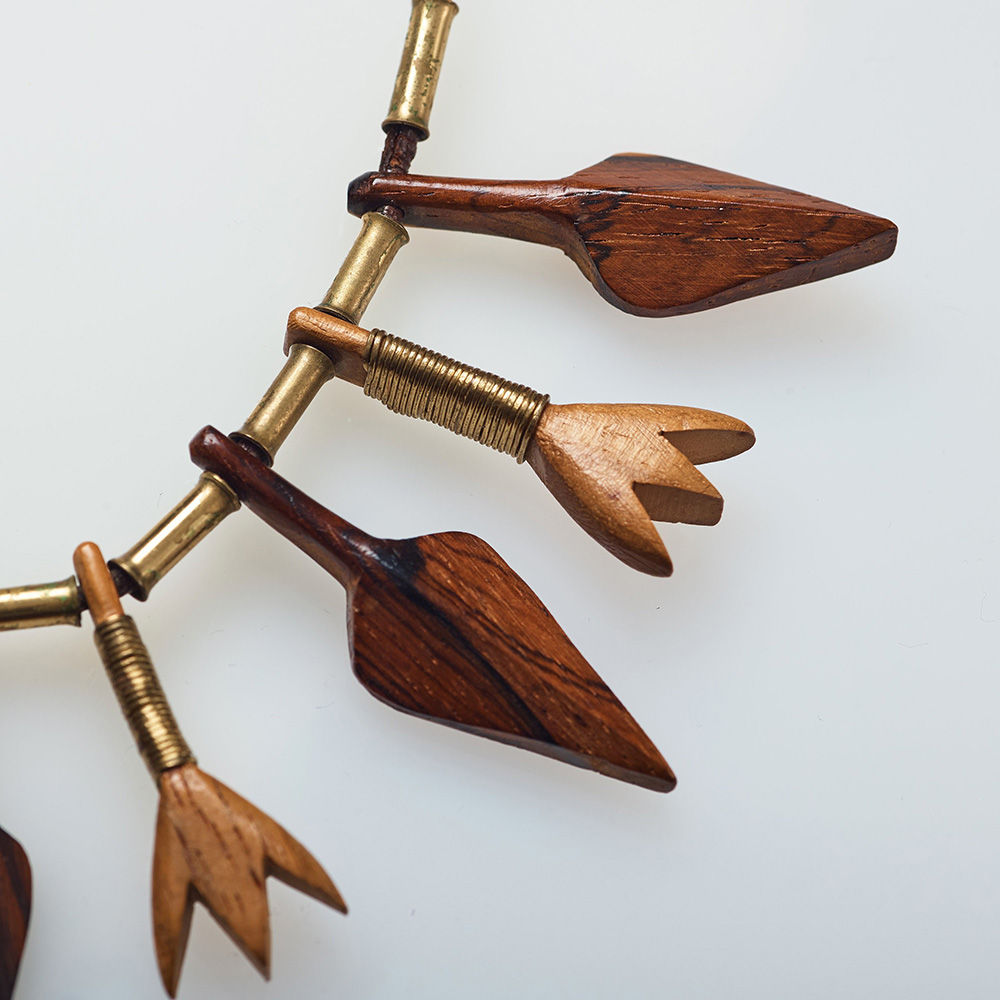