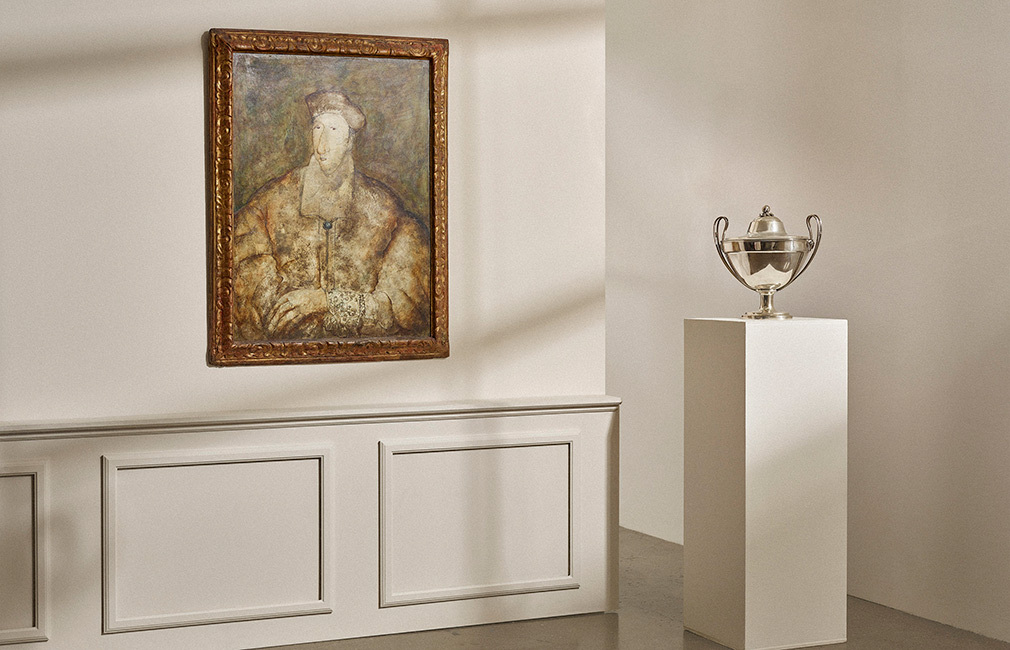 "Blue Ruby" by Unto Koistinen. For sale at Helsinki Spring Sale May 7 – 23. Read more about the auction here >

"Blue Ruby" by Unto Koistinen

Painter and graphic artist, professor Unto Koistinen (1917–1994) was one of the essential modernists in post-war Finland. Koistinen never joined any of the art groups prominent in the Finnish art world, but shifted towards his own unique expression already in the early days of his career.

Characteristically expressive portraits and self-portraits with roots in self-examination started to rise as a ruling theme in his production in the late 1950s. At the same time the artist distanced himself from contemporary art and turned his gaze towards the past. During his stay in Spain in the 1960s, Koistinen explored old frescoes that inspired him to develop a new technique based on scraping the surface and to adopt a greyish brown palette in his art.

In his self-portraits, Koistinen often depicted himself in different roles. The self-portrait Blue Ruby (1972) now being sold at Bukowskis is from the artist’s later production and was inspired by his last trip to Venice. Koistinen has portrayed himself as a renaissance prince, wearing a hat of a Venetian doge, with a blue ruby on the breast of his shirt. The arrangement is styled after a 16th-century Venetian portrait type, where the person is depicted from the waist up almost life-size, with the head slightly turned to the side.

Unto Koistinen had a very unique relationship with framing his works. He collected old frames with patina, and held frames in such high regard that sometimes, after finding a particularly fine frame, he would create a painting just for the frame. Over time, his interest developed towards older and older frames. Koistinen framed the Blue Ruby with frames from Northern Italy, originating from the 16th or 17th century, to emphasise the theme of the painting. 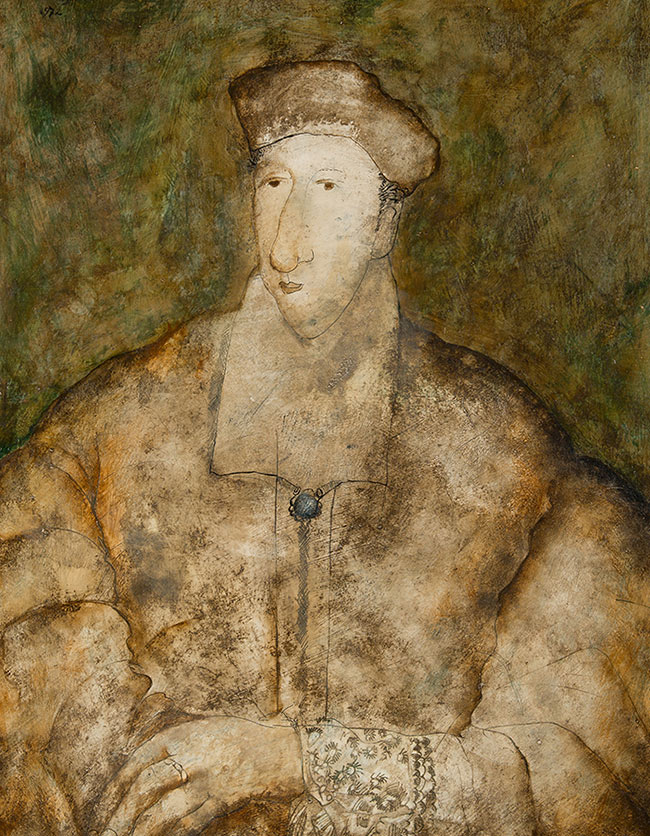