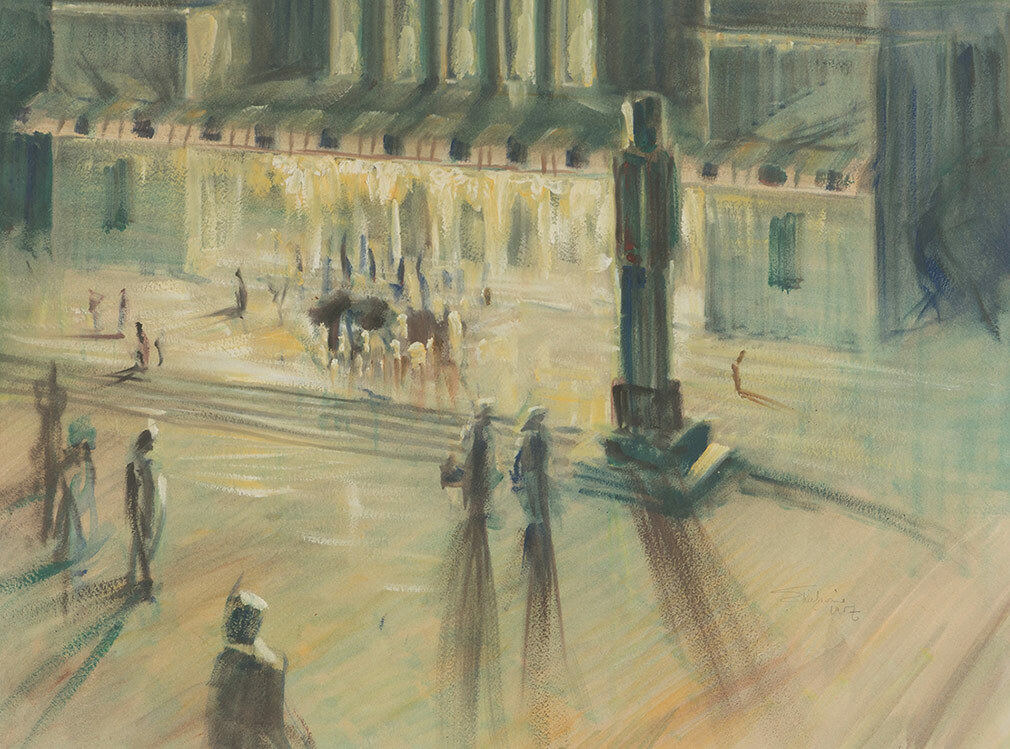 The most renowned of the buildings designed by Eliel Saarinen (1873–1950) must be the Helsinki Central Railway Station. Winning the architectural competition to design the station building in 1904 was a turning point for Eliel Saarinen’s career as well as for Finnish architecture.

The growing population of Helsinki and the increasing railway traffic called for a new, more spacious station building at the turn of the 20th century. The floor plan of the building was already determined before the 1904 design competition, and the task for the architects was to design the façades. Eliel Saarinen’s national romanticist design won the first prize – but faced crushing criticism from the architectural theorists of the time. The plan was considered old-fashioned and criticists demanded rational style and European modernism, instead of heavily ornamented style – the station building was supposed to represent the modern time and not to resemble a medieval stone church. Saarinen took the criticism seriously and started to develop his competition entry in a more rational direction. In the summer of 1904 he travelled across Europe, getting acquainted with latest station architecture, and soon after this he made a new proposal for the design of the new station of Helsinki.

Saarinen changed his plans multiple times during the following years. In the new drawings for the façade, national romanticist motifs were gradually grinded off, and in the final 1909 plans history and romanticism were replaced with a clear disposition and arched concrete structures. The appearance of the station building was now thoroughly transformed. At the same time, there had been a turn in Saarinen’s career from romanticism to rationalism, and the age of national romanticism in Finnish architecture was about to fade out.

The conceptual drawing of the Helsinki Central Railway Station main door now being sold at Bukowskis is executed with mixed media and is dated 1907. At this stage the towers guarding the main entrance have been omitted, and the church-like gable has been transformed into an arch emphasising the vault-shaped central hall. Also gone are the eight bear sculptures originally decorating the entrance. Emil Wikström’s Lantern Bearers (1914), nowadays the most renowned symbols of the station, are yet to appear on both sides of the stripped-down entrance.

In the composition of the conceptual drawing, the prominent arch-motif is cropped from the drawing, and the viewer’s attention is focused on the atmosphere of the square in front of the building. The evening is growing duskier and the square is teeming with people and movement. The bright lights of the station stretch the shadows of citizens passing by.