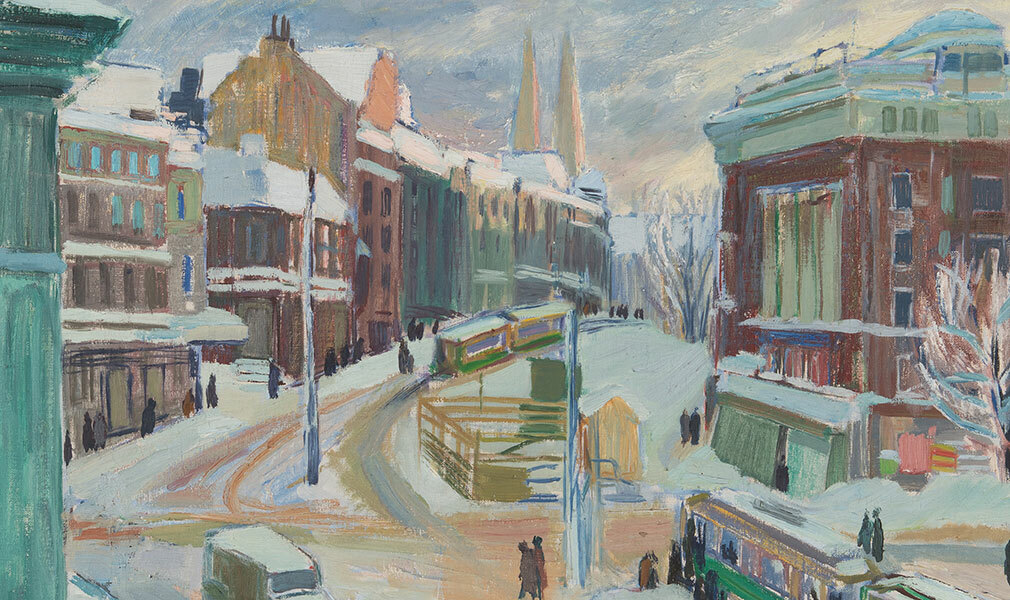 Helsinki Spring Sale presented several sought-after works by leading Finnish artists. The top lot of the evening was Tove Jansson’s “Erottajanmäki”, which after intense bidding doubled its estimate of 40 000 – 60 000 € and sold for a record price of 142 247 €.

“It was exciting to follow the intense bidding and I am happy that the work reached its deserved record price. The demand for Jansson’s works keeps on growing. Her strong brand as a diverse artist attracts the interest of both Finnish and international buyers,” says Laura Pohjola, Head of Finnish contemporary and modern art.

While Tove Jansson’s city motifs are usually placed in the outskirts of the city, the work “Erottajanmäki” depicts one of the most central and recognised locations of Helsinki. The area around Erottaja at the core of Helsinki is significant because of its culturo-historical and architectural qualities and due to its location. Erottaja is a crossing point of two different grid plans and the streets Mannerheimintie, Bulevardi and Eteläesplanadi, and this is the very point where official distances to the other Finnish cities are measured from. The two towers of St. John’s Church ascending in the horizon are an important landmark in the silhouette of the capital, and the renowned Stockmann department store is even today located within the angle of sight of the painting.

Are you considering selling? We are now accepting consignments for our upcoming auctions. Welcome to contact our specialists through our online valuation service, by email or phone, or by visiting our premises during our opening hours. Read more about selling here > 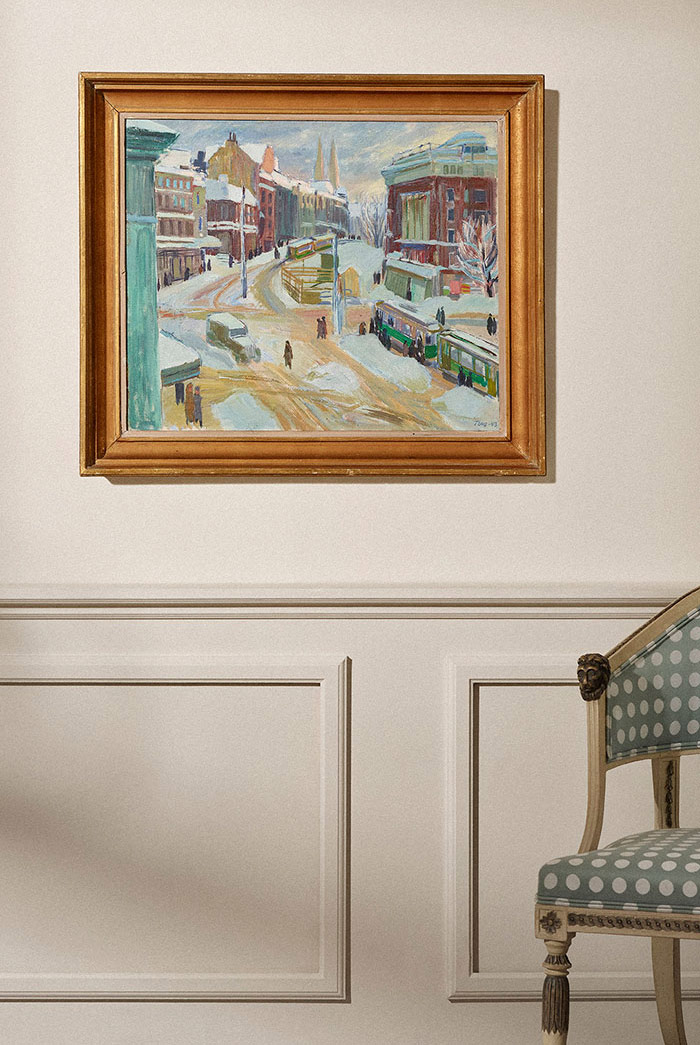 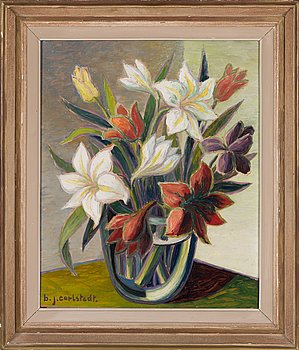 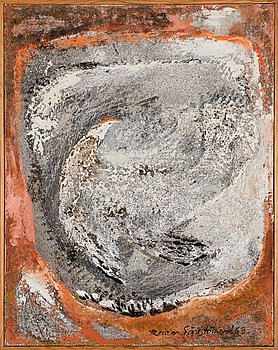 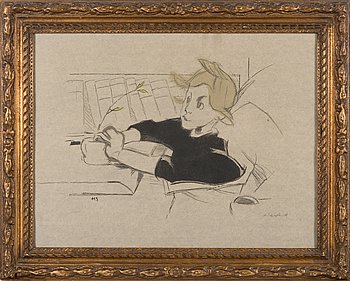 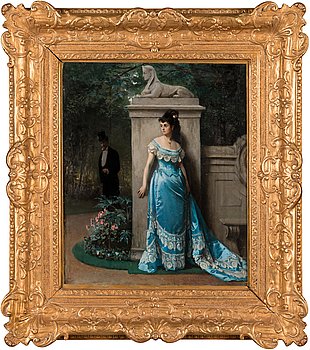 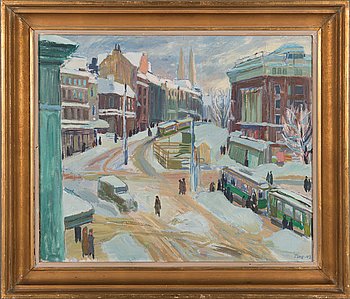 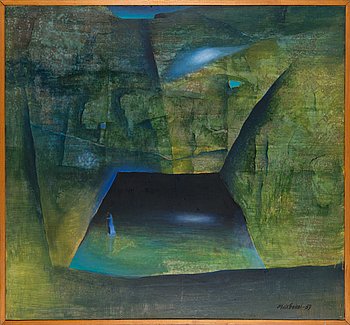 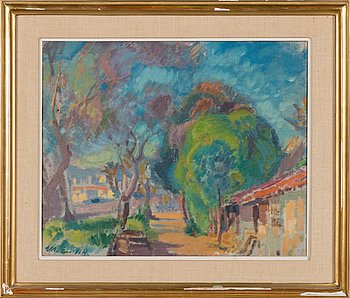 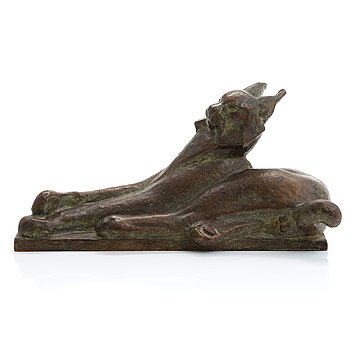 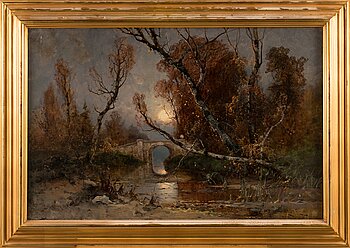 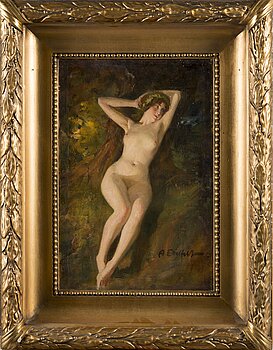 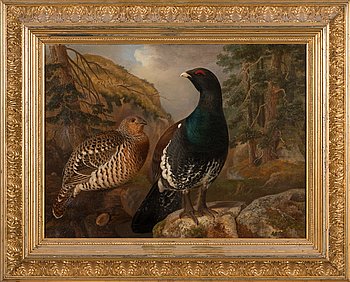 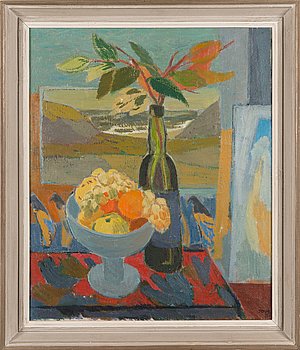 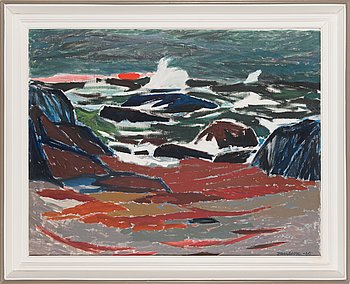 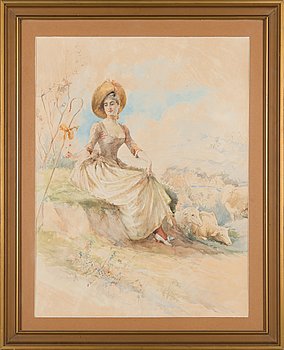 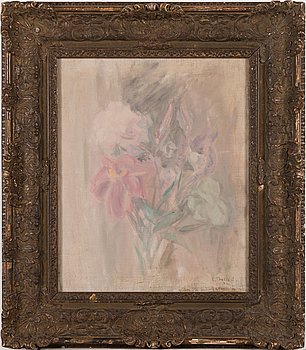