The Collection of Nils Robert Bjuke

Nils Robert Bjuke (1889-1973). A Swedish engineer who lived and worked in Canton, China during the 1920’s and 1930’s. He held the title Acting Engineer in Chief of the River Conservancy Commission and specialized in port prospection and built several ports for the Chinese Government. He was an active hobby film maker and his private records of street- and port life from this time is a real treasure trove and is now deposited at Kungliga Biblioteket in Stockholm, Sweden. He has written about his interesting meetings with people such as Tang Shao I and Nicolas Barclay de Tolly Weimarn in; Nya Äventyr Jorden Runt, Natur och Kultur, Stockholm.

He and his wife Margareta was passionate collectors of Chinese art, furniture and antiques. They donated pieces from their collection to the Museum of Far Eastern Antiquities in Stockholm se for example lots no OM-1994-0007 and -0008. 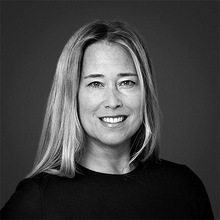 The Classic sale 589
To browse the collection
×