A Kristian Nilsson necklace with a gilded silver clasp and twelwe strands of coral, quartz and peridot 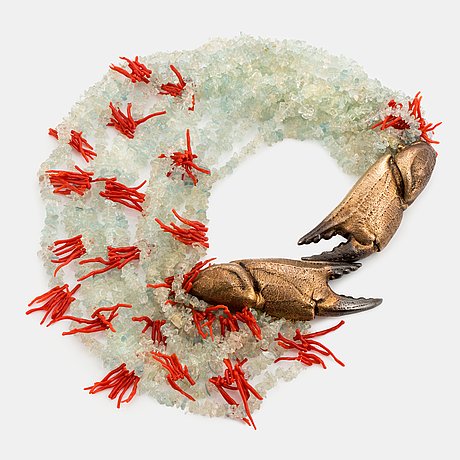 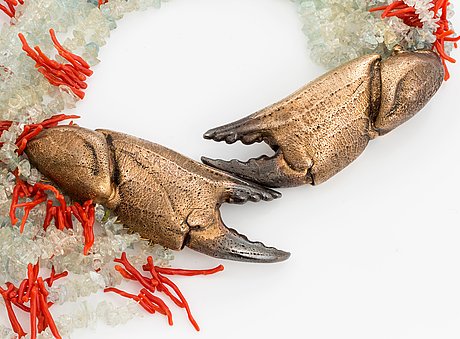 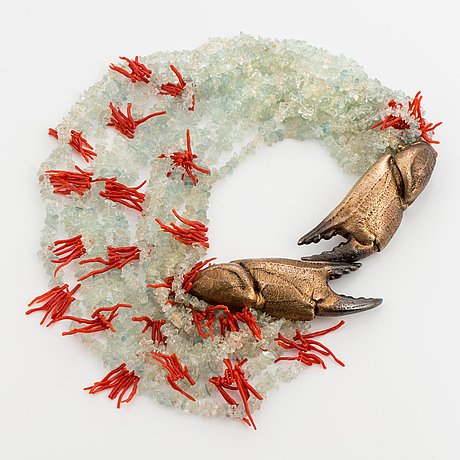 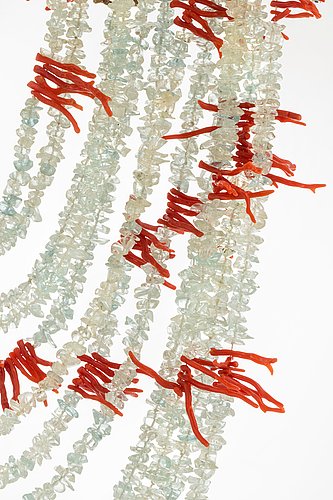 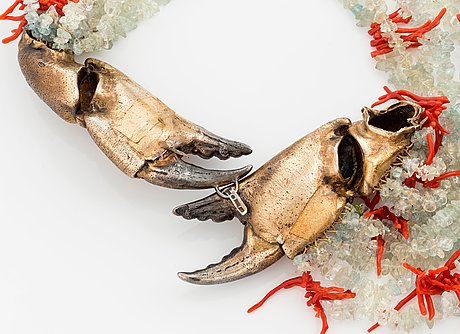 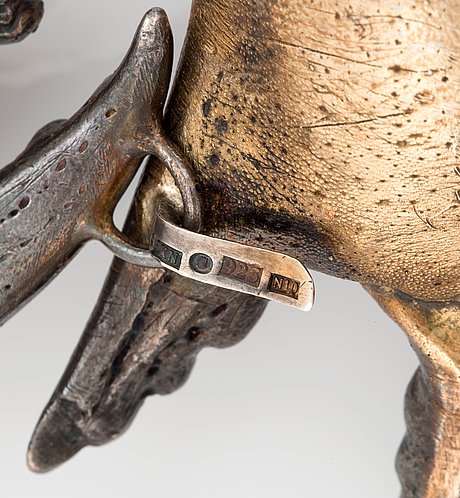 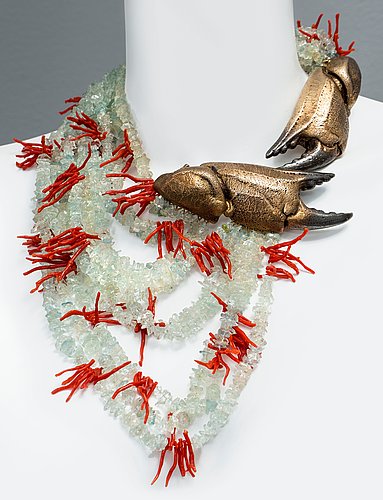 Kristian Nilsson, born i Karlstad 1942, dead 1989 in Stockholm, was a Swedish craftsman, gold- and silversmith. He was educated at "Konstfack" School of Arts 1965-1969, and made his apprenticeship training 1971-1973. His work was thought of as individual and eccentric, and attracted a lot of attention at different exhibitions. Kristian Nilsson created his jewellery in his own style. Early in his carreer he attracted important customers, such as members of the Royal Swedish Court and the world famous opera singer Birgit Nilsson. His work is represented in several museums.
Kristian Nilsson was frequently called a "strange bird" in Swedish cultural life, far from normative moderation. 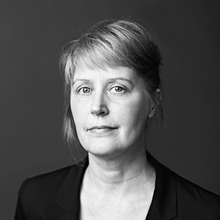