No connection to server
We use cookies to provide the best possible customer experience. If you continue you accept this use of cookies. Go here to read more.
OK
Modern Art + Design 632 Stockholm671673
672
1303223 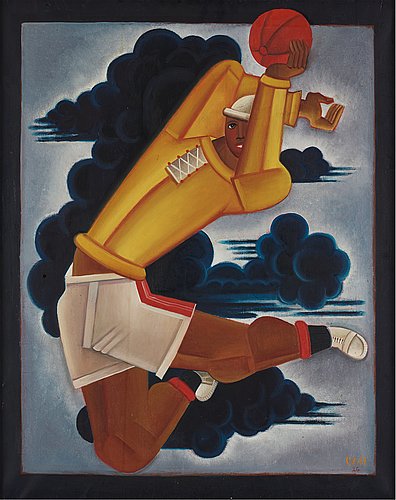 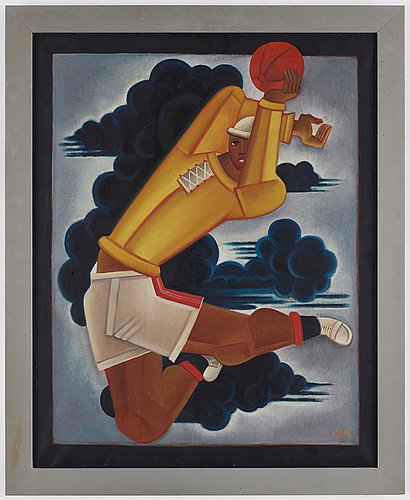 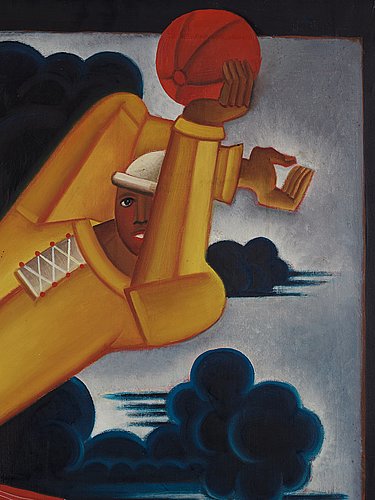 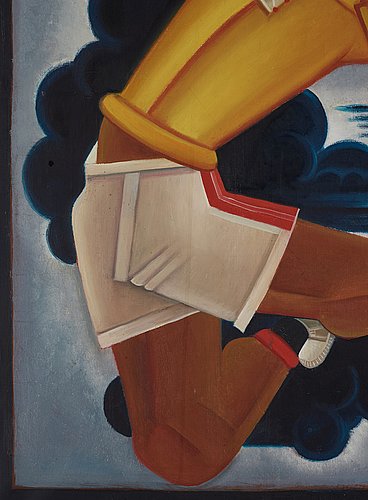 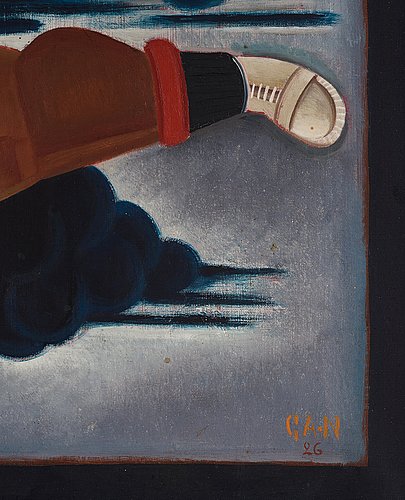 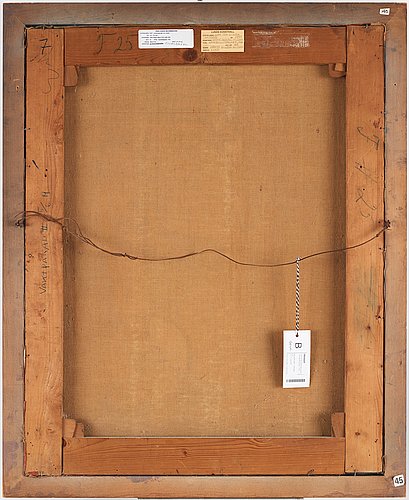 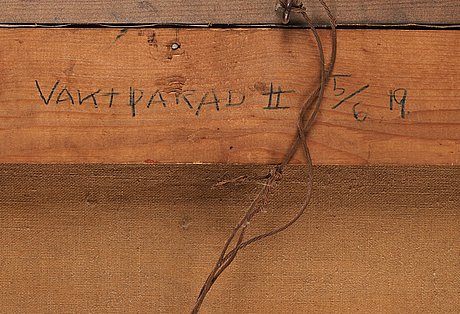 Silversmith Wiwen Nilsson.
Thence by descent within the family.

GAN’s fascination for sportsmen and athletes started during his time in Berlin 1913-14. In the catalogue for the exhibition at Mjellby art museum in Halmstad 2002 Jan Torsten Ahlstrand wrote: ”After the return to Lund in August 1914 GAN rented a room at Idrottsgatan, near the sports ground, where he could study muscular young men in action. This inspired him to some futurist paintings with athletes, a high jumper, a shot putter and some fooball players (…) GAN was particularly drawn to rough sports like football, boxing awnd rugby which for him symbolized the struggle of life. Among his literary favorites was Jack London, whose social Darwinist and Nietzschean-colored novel had made a strong impression on him.”

In conjunction with the Olympic Games in Paris in 1924 and the following years, GAN returned to paint athletes doing different sports: football, boxing, skiing, rugby, icehockey and like in the auctions work – handball. Muscular, welltrained men are depicted in full, explosive action – just before the ball is shot, the punch is hit, the spear is thrown. The sportsmovements emerged and gained great importance at the beginning of the last century in parallel with the urbanization och the modernism. GAN, who constantly was seeking new paths in his art, was one of the first artists to paint athletes from a modern perspective. His fascination for the men is obvious and the paintings are openly and boldly homoerotic in a time when homosexuality was forbidden.

The auction’s work ”Handballplayers” is executed in 1926. The provenance is the silver smith Wiwen Nilsson, who was a good friend of GAN. They both got to know each other in Paris in spring 1924, which was the beginning of a lifelong friendship and artistic collaboration. They both, in their own way, had an important impact on the Swedish modernism during the first half of the last century.