No connection to server
We use cookies to provide the best possible customer experience. If you continue you accept this use of cookies. Go here to read more.
OK
Important Spring Sale 633 Stockholm884886
885
1309316 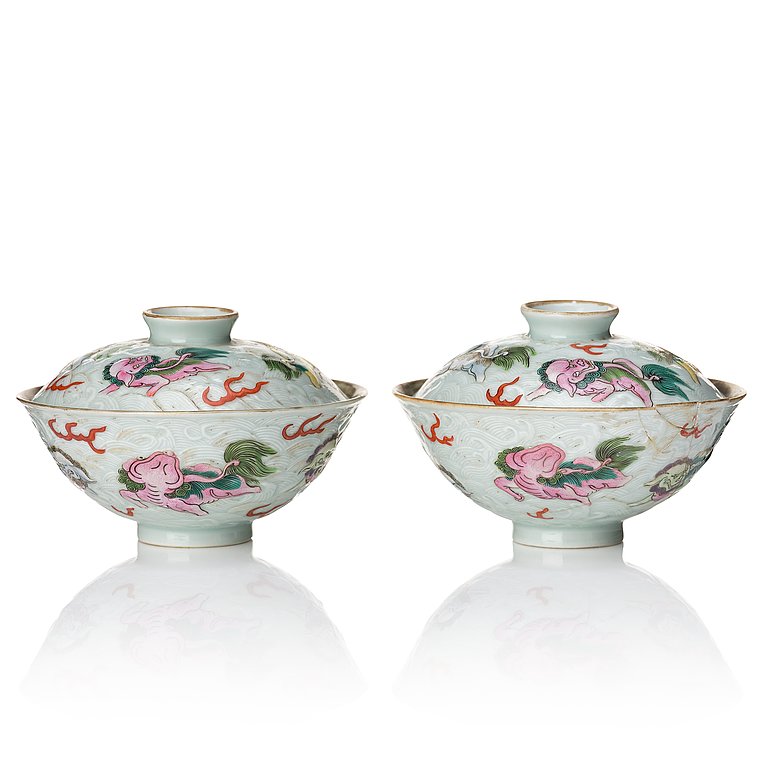 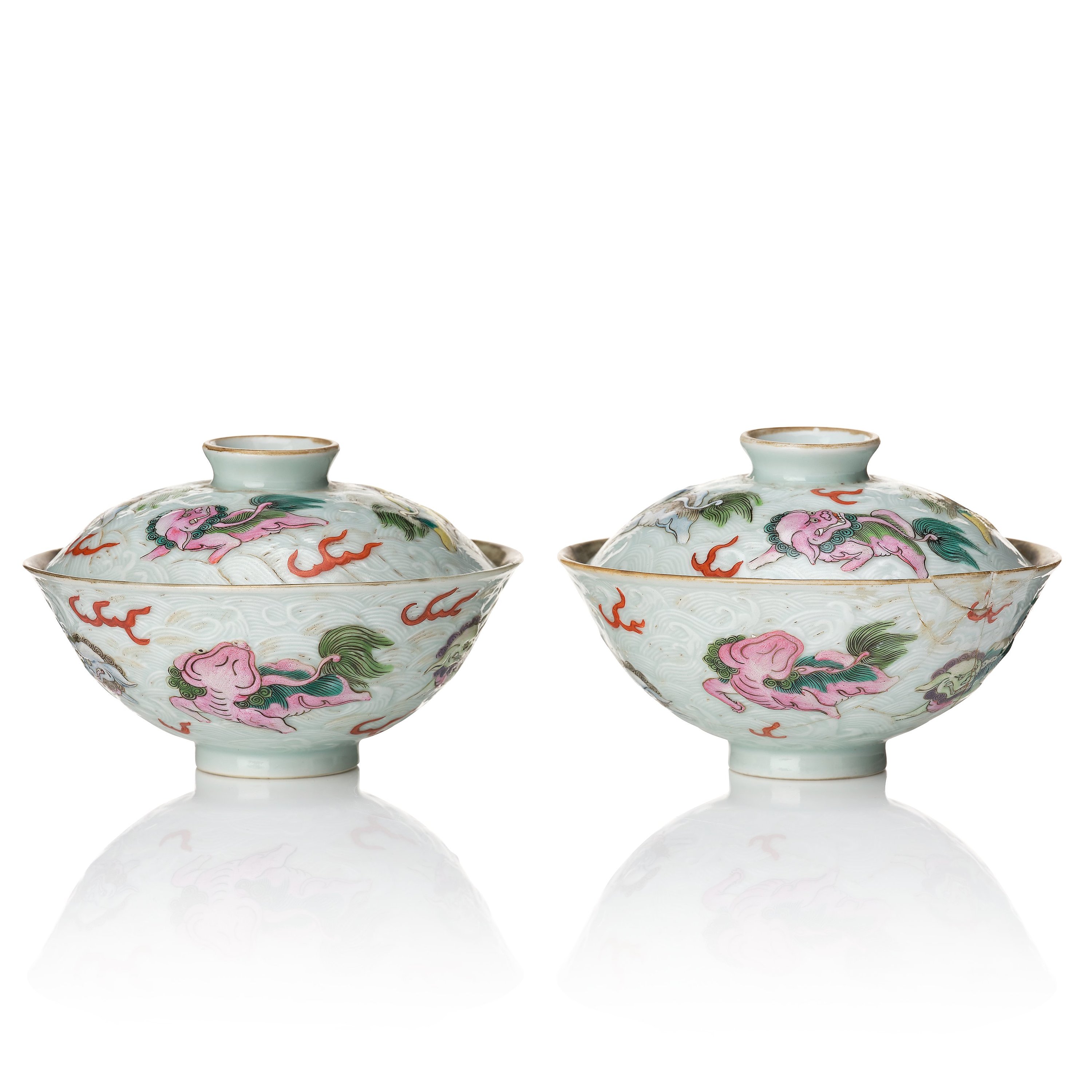 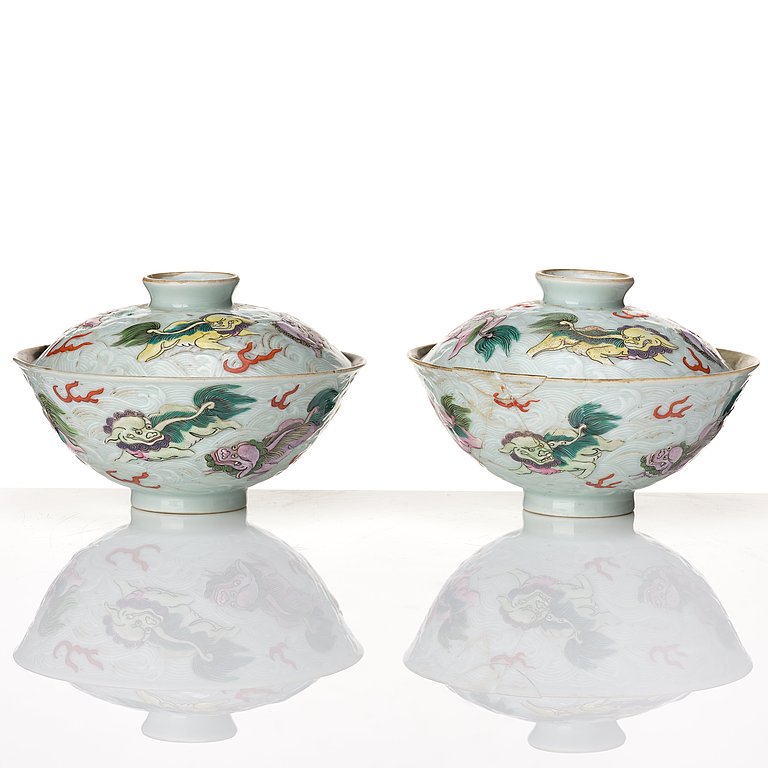 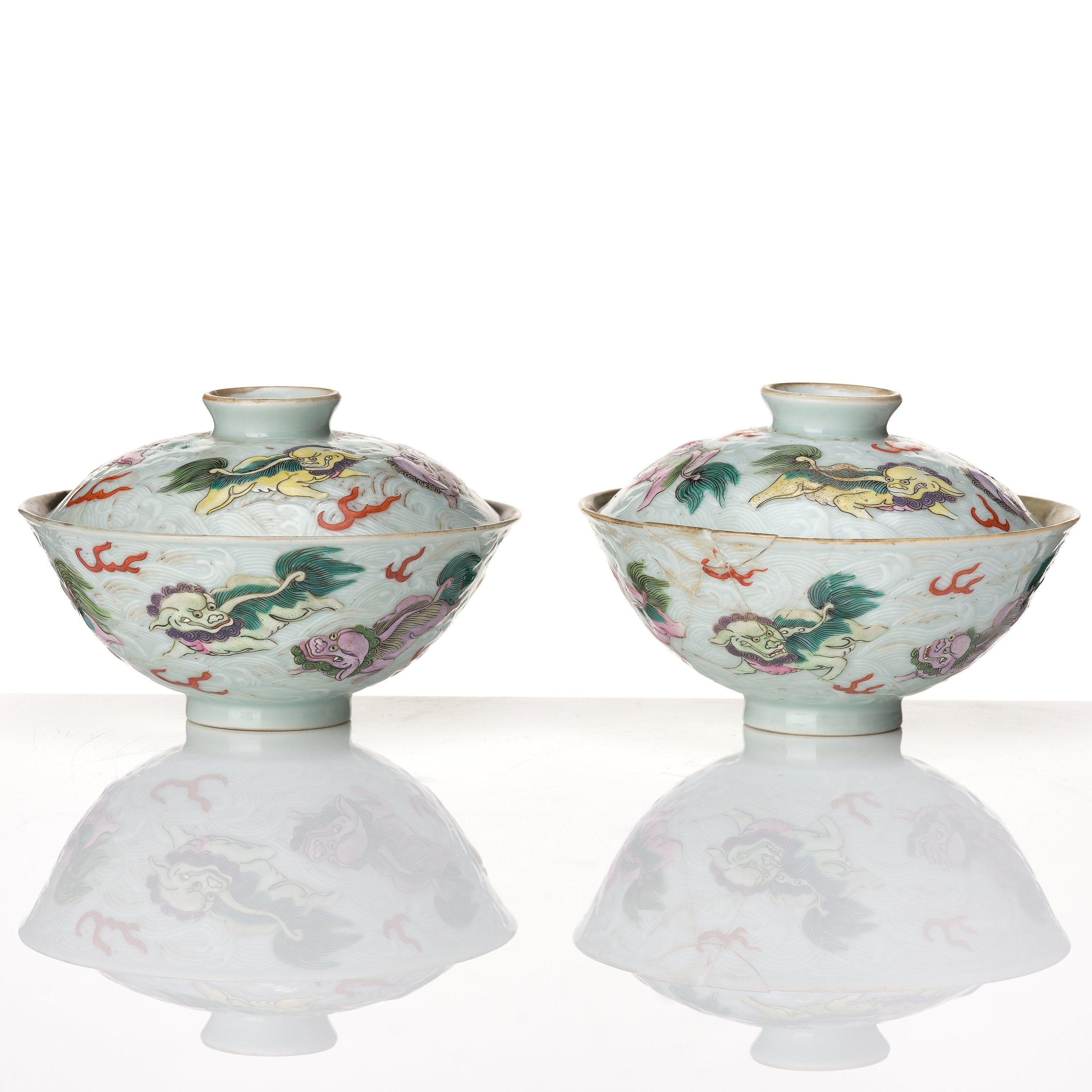 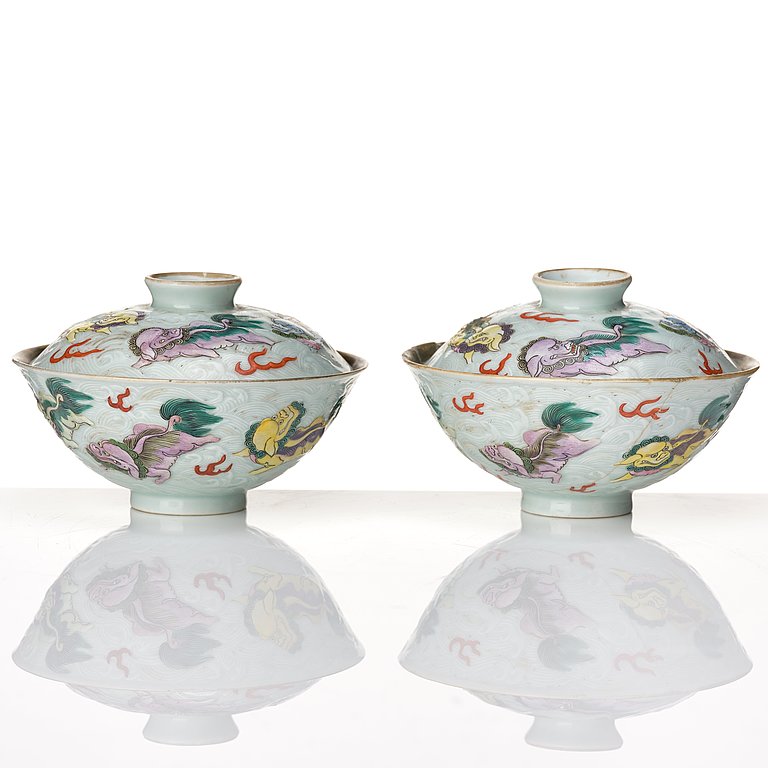 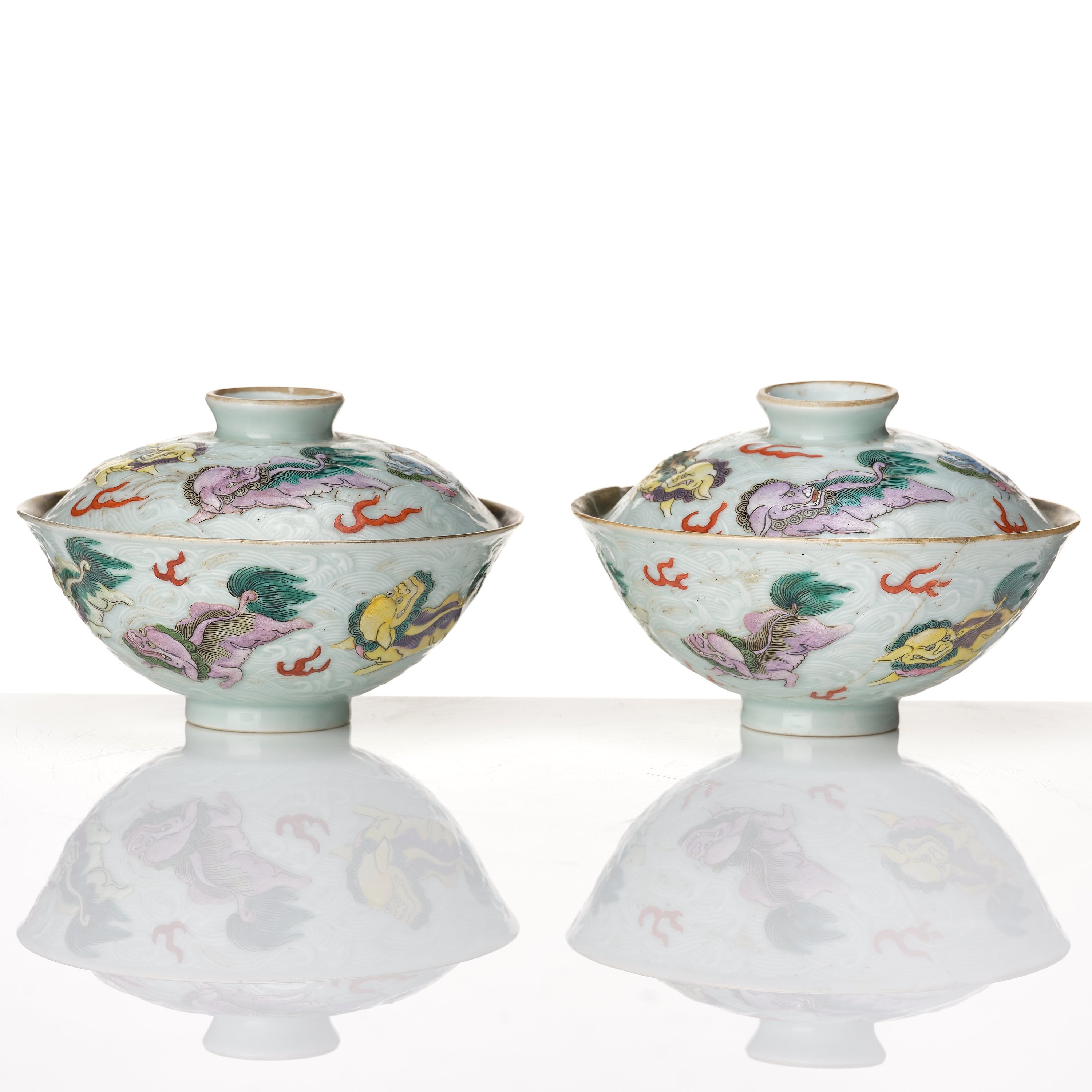 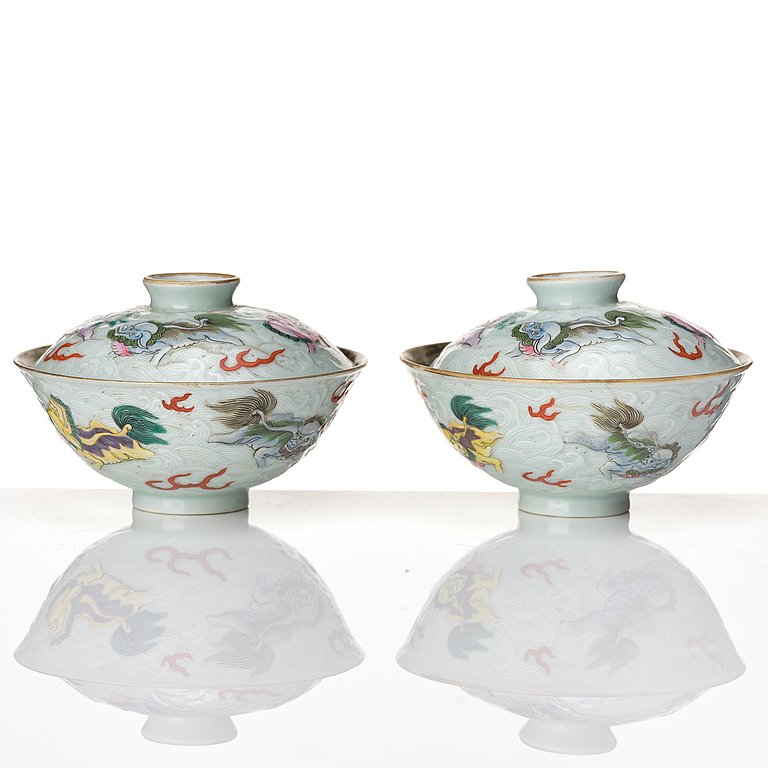 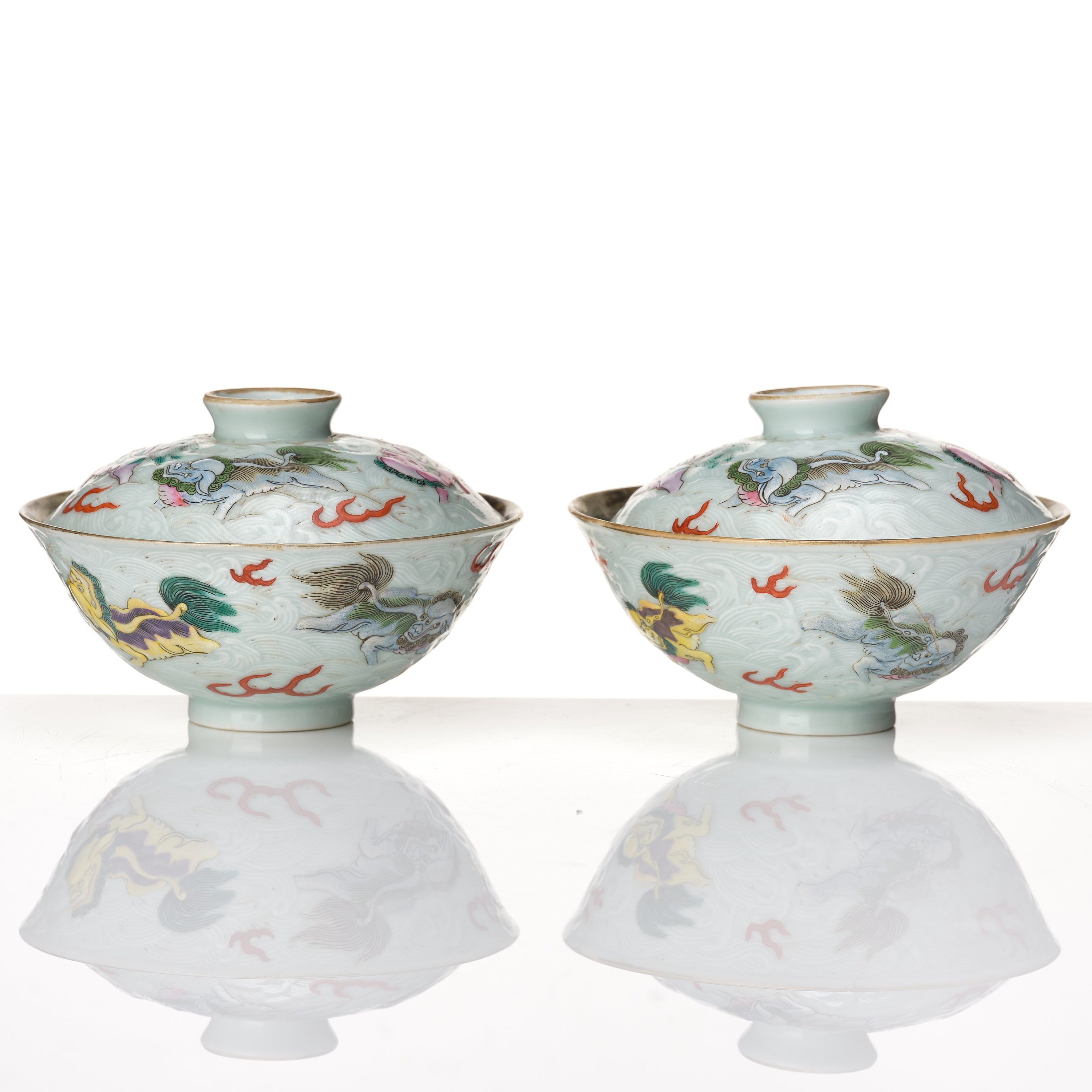 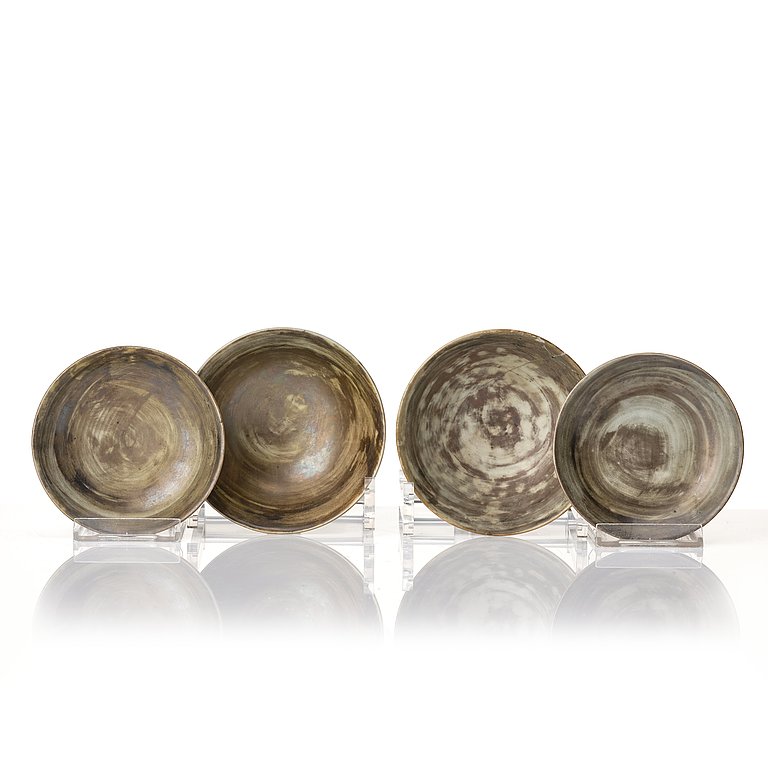 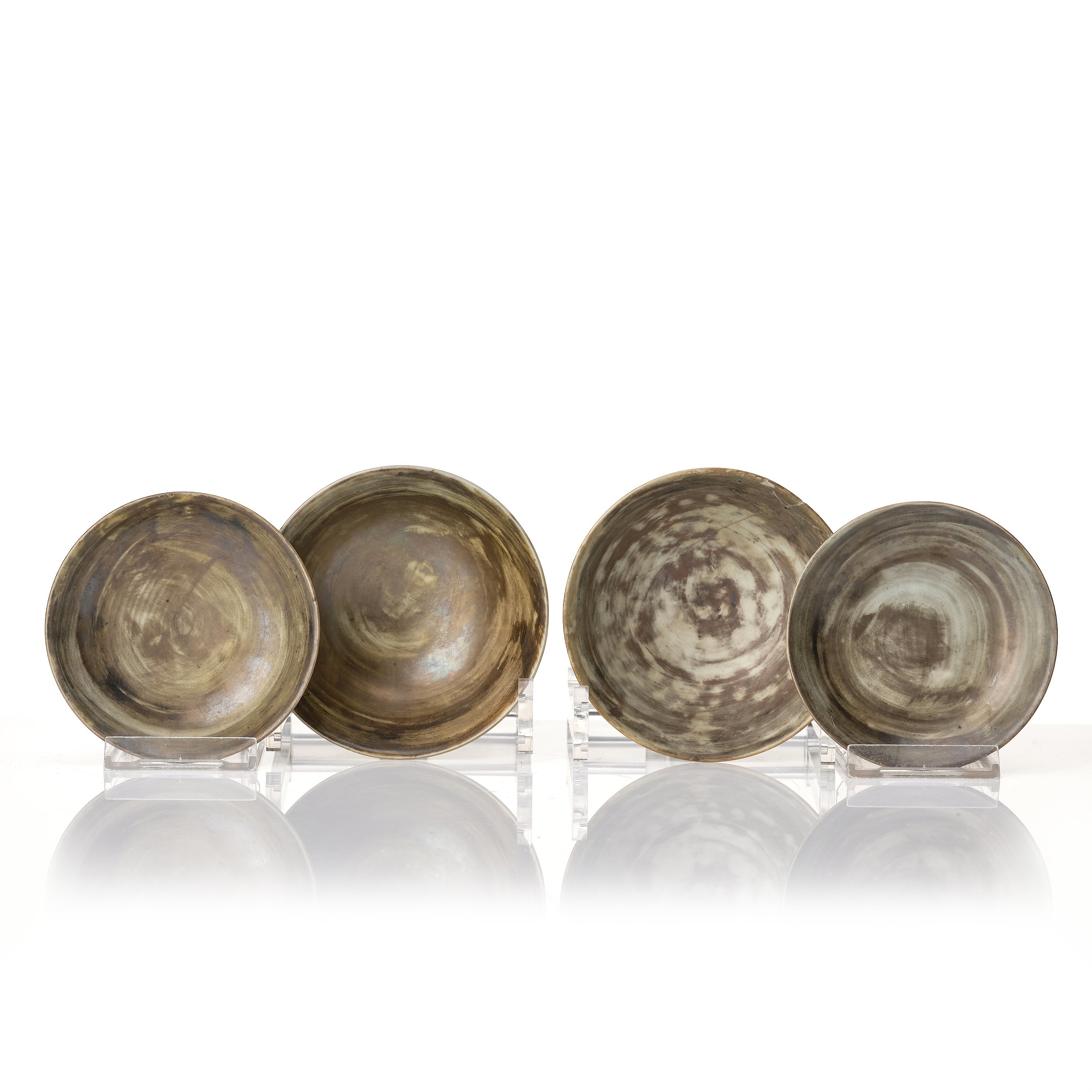 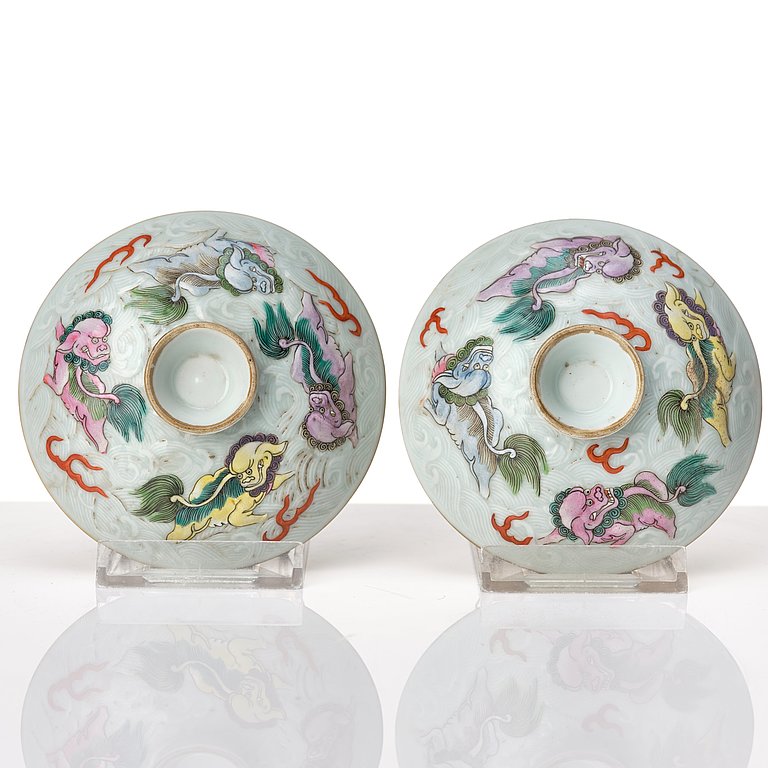 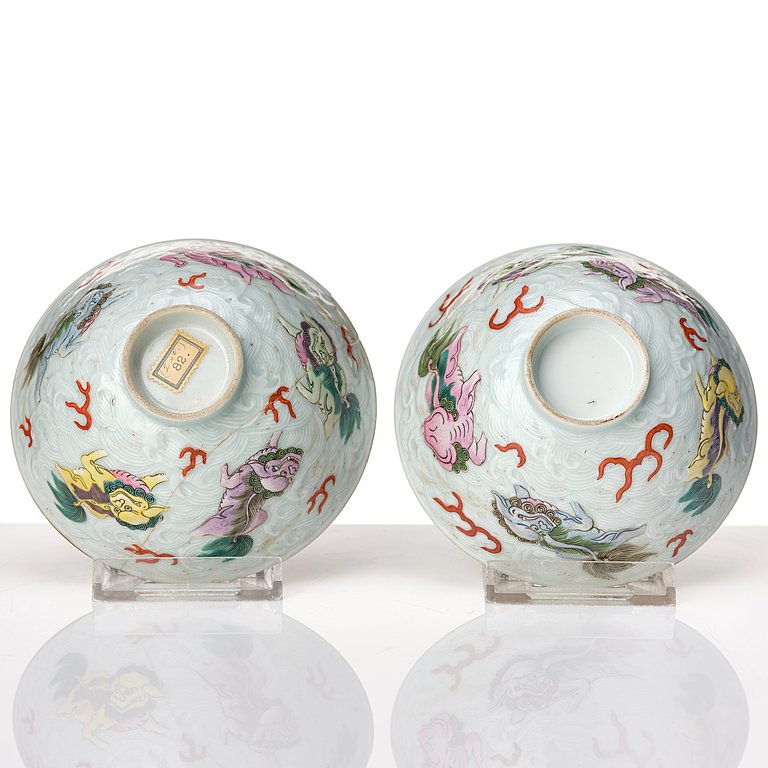 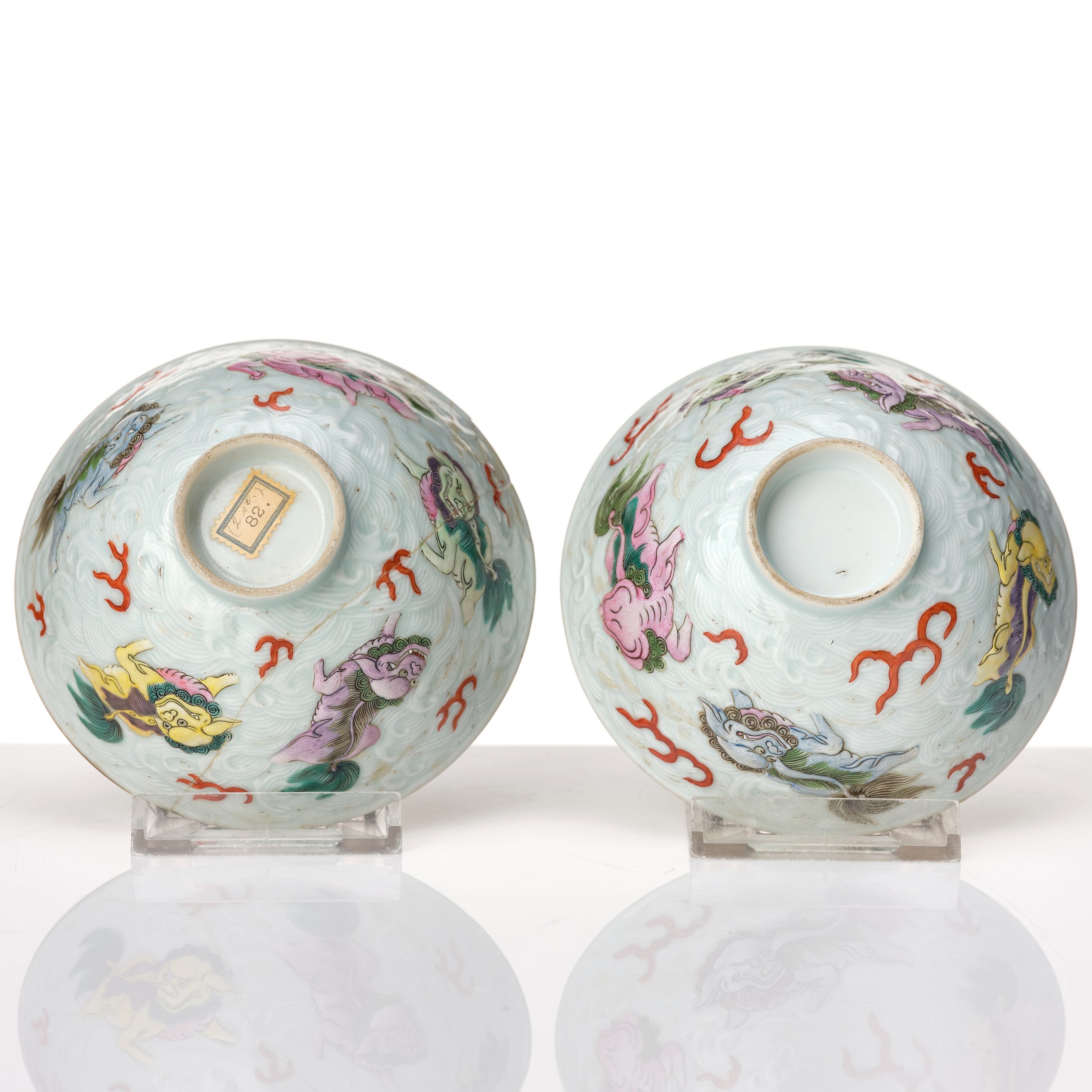 Silvered interior. Decorated in relief with waves, above them buddhist lions chasing each other. Diamter of bowl 11,7 cm.

Wear to silver lining. One bowl with repair.