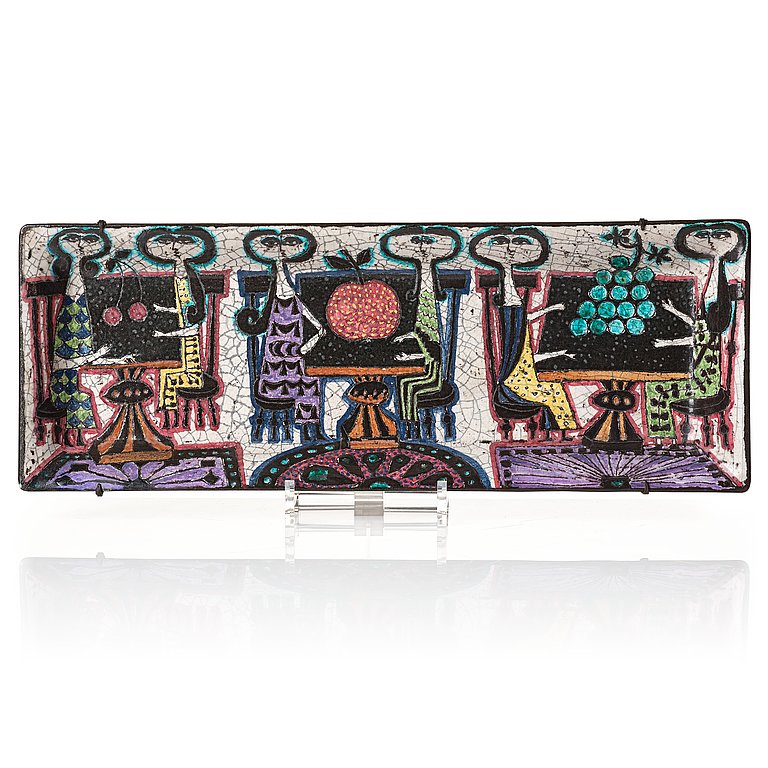 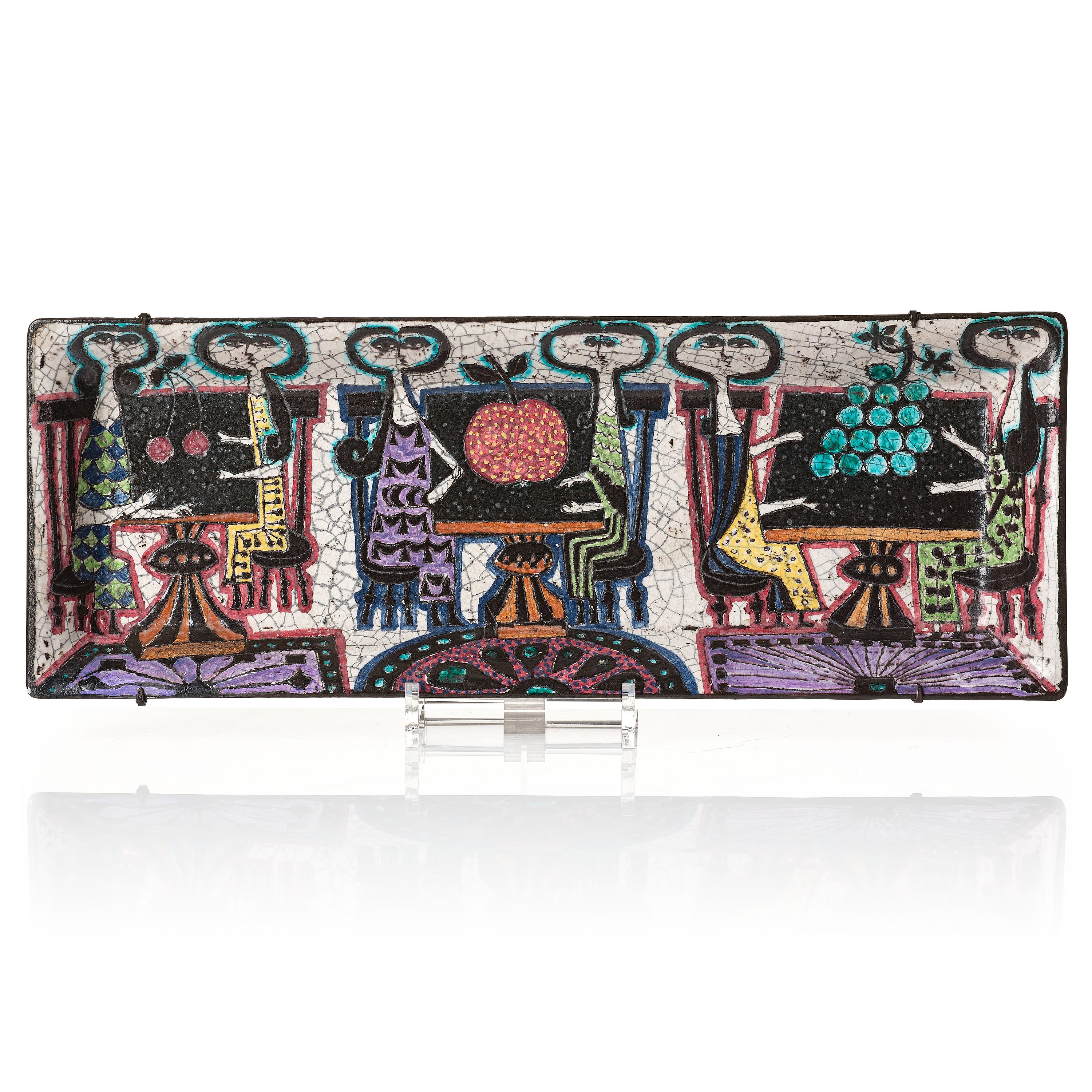 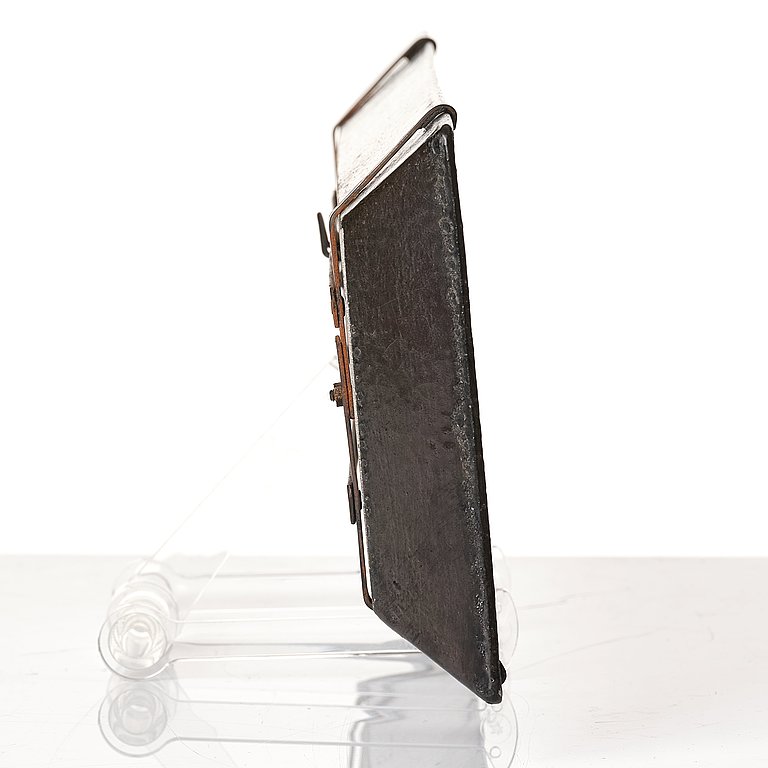 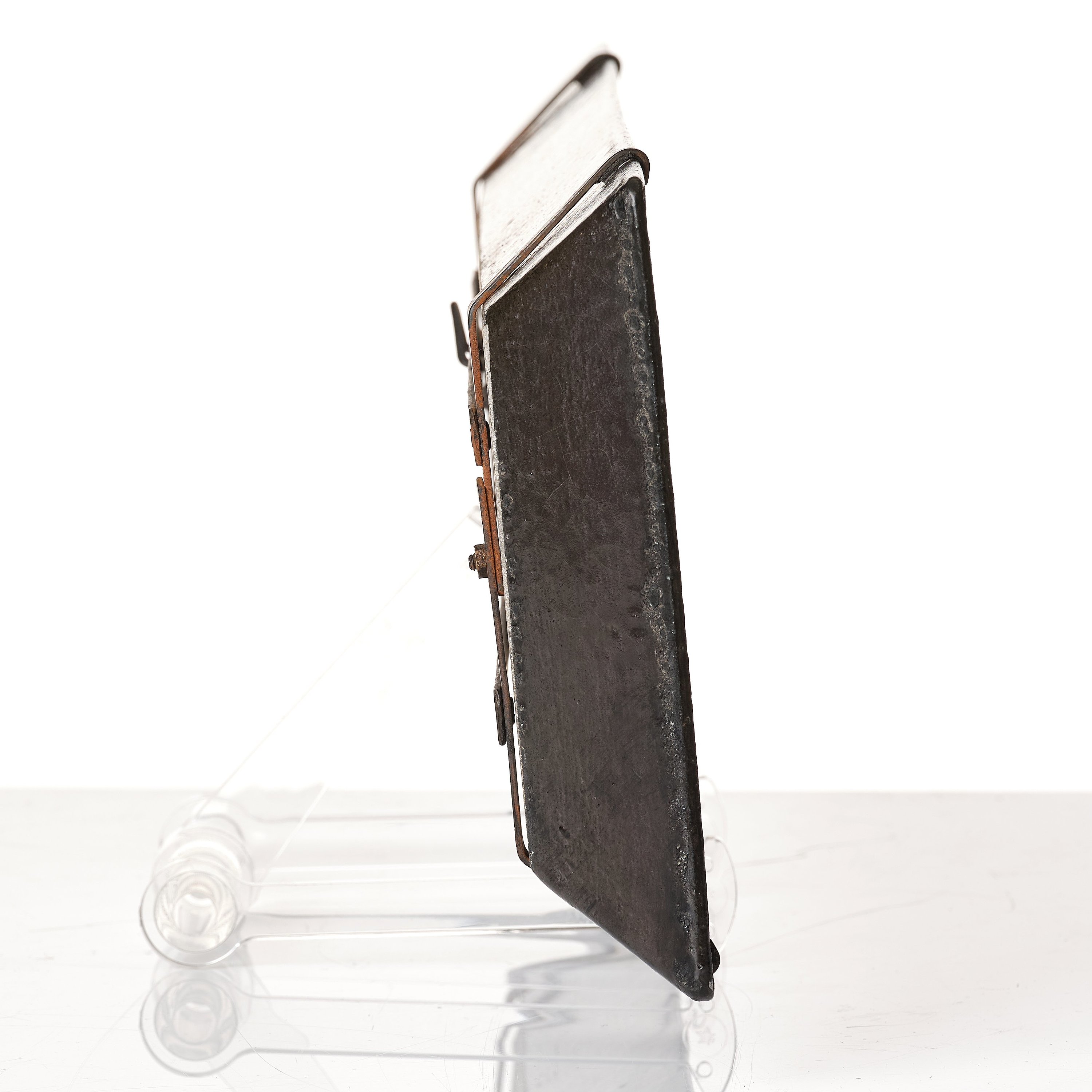 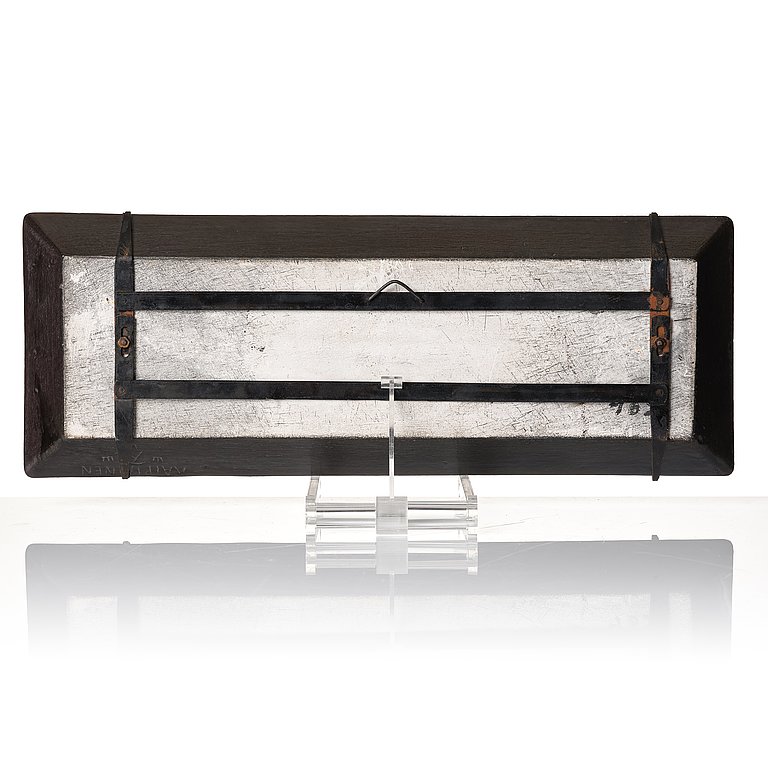 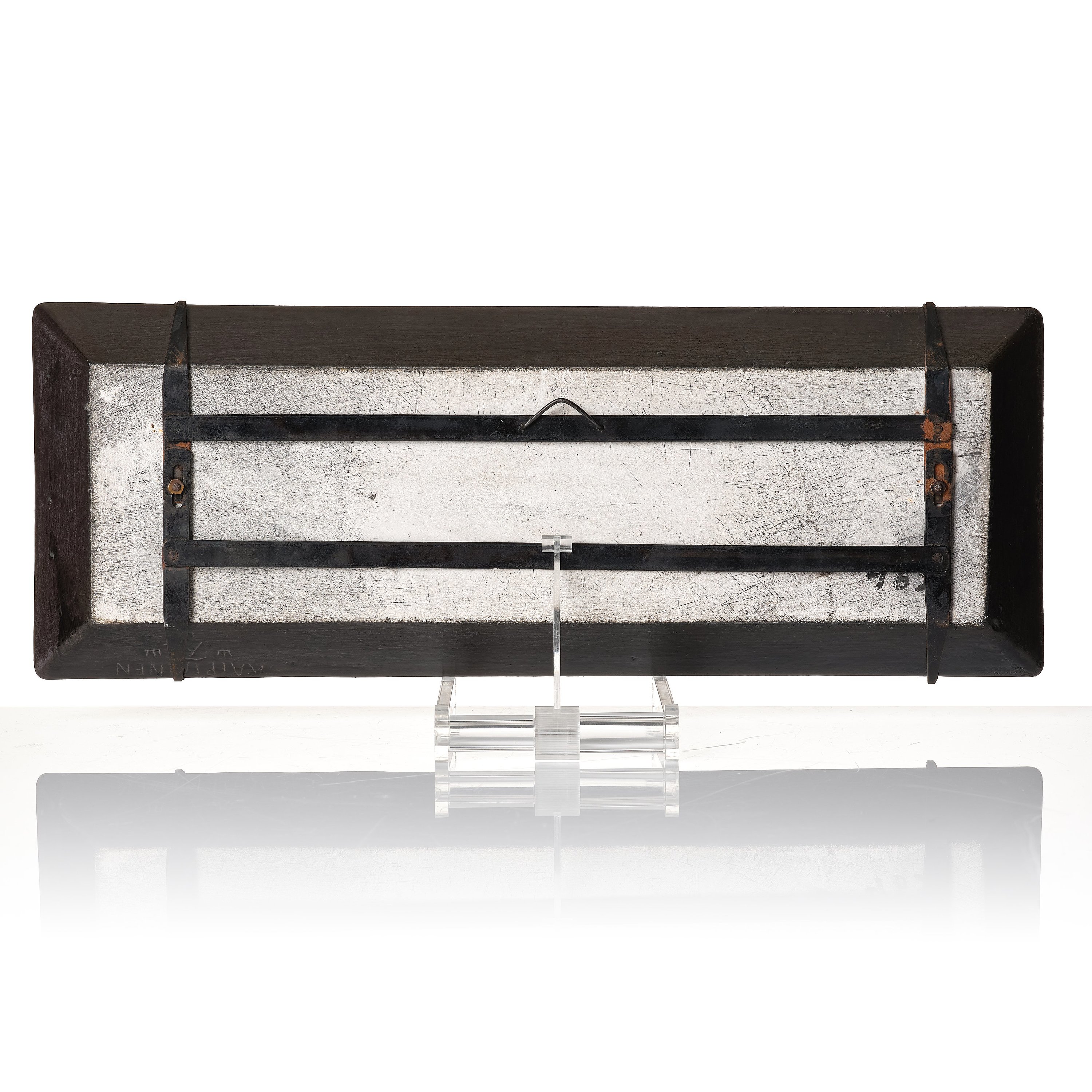 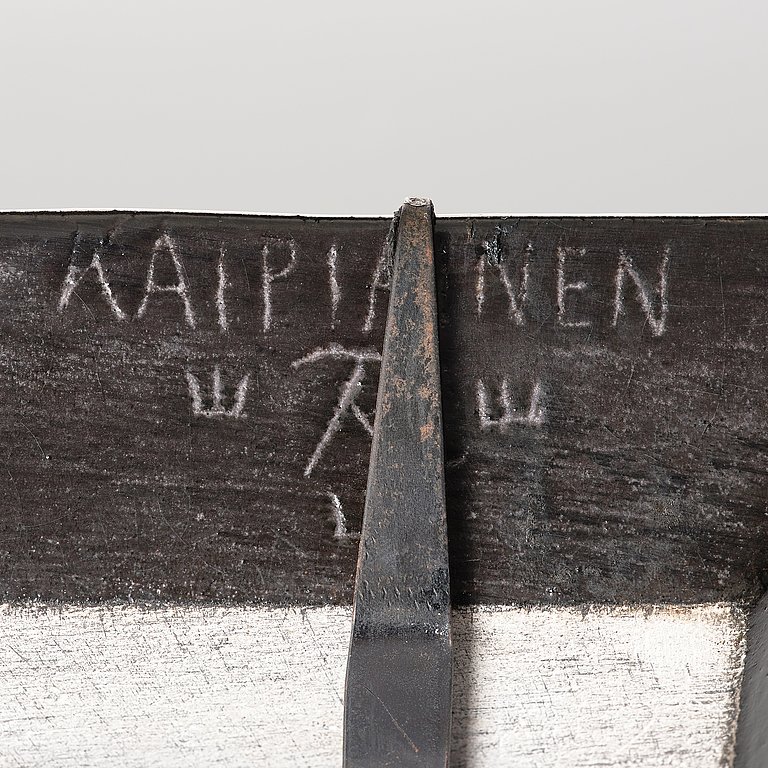 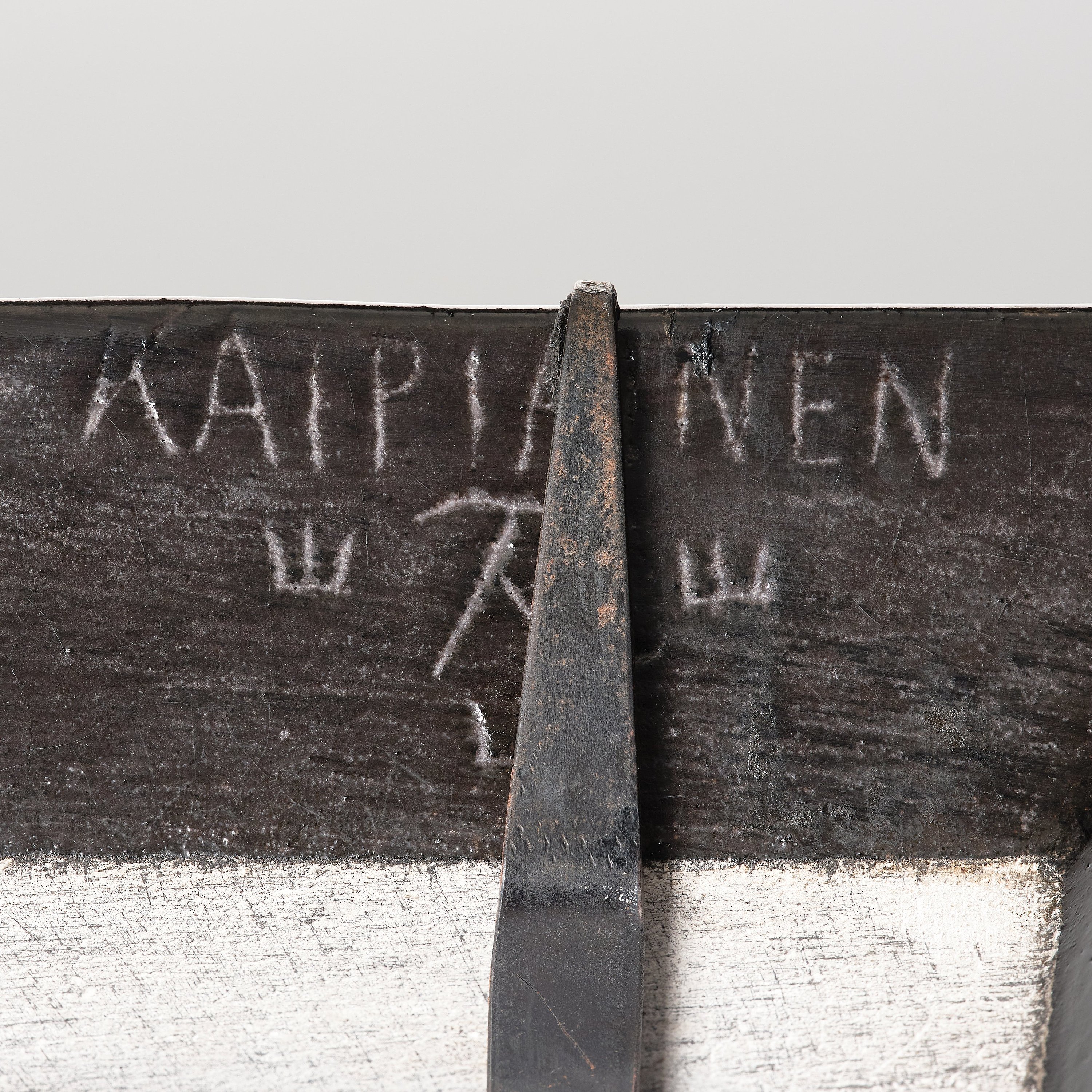 Metal mounts, wear to one corner.