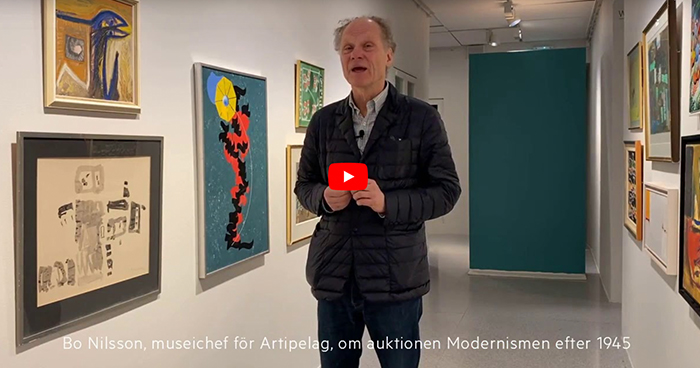 Interview on the collection with Bo Nilsson, Artipelag 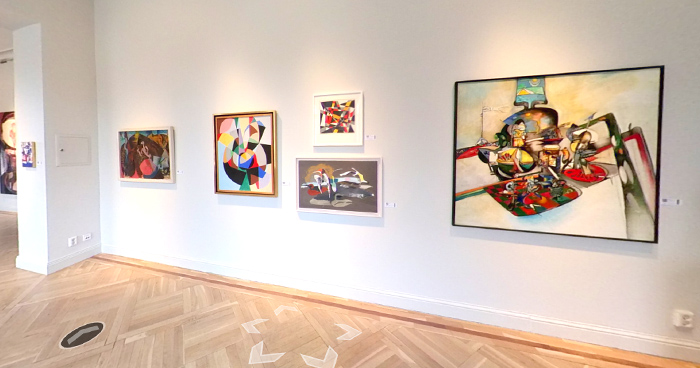 Enjoy the viewing from home

To the virtual showroom >

Swedish modern art collected during a quarter of a century

During the second world war, the Swedish modern artists were isolated from the cultural life outside of Sweden and they could no longer travel and study art in Europe like they used to. When, finally, the borders opened in the mid 40s, there was a pent-up need to get in contact with the European artworld again and the artists traveled to Paris, London and Rome and brought home new inspiration and impressions. Concretism was one of these new art movements, which in contrast to the puristic Art Concret from the 30s, was a narrative art. The young Swedish artists, who grew up with the expressionism of the previous generation, wanted to express themselves in a new way but still kept contact with the tradition and the nature surrounding them.

In 1975 Olle Granath published ”Swedish art after 1945”, a book about Swedish art during 1945-1975. The collection in this auction includes some of the artists in this book, such as Öyvind Fahlström, Carl Fredrik Reuterswärd, Eric Grate, Albert Johansson, Lage Lindell, Ulrik Samuelson and Sivert Lindblom. The collection has also, in more recent years, come to include important works by the next generation’s artists like Barbro Bäckström, Kristina Jansson, Klara Kristalova and Kjartan Slettemark.

In the international art market, the post-war and contemporary art, have a strong position and there is an increased demand for this period. The collection ”Modernism after 1945” , formed with both knowledge and love for art, includes more than 70 works, mainly paintings but also sculptures, drawings and photo.