Albert Johansson (1926 - 1998) felt a strong attraction to art already at a young age. However, the road there was not easy and his upbringing was marked by difficult family relationships, which led him to moving away from home in his early teens and breaking all contact with his family.

In Umeå, he came in contact with the Umeå artist Helge Linden, who became Albert's first artistic guide.

Later, Albert moved to Stockholm. In Stockholm, he got to know Olle Baertling and Oscar Reuterswärd, who came to mean a lot to his art. Informal non-figurative, concrete art spread through Europe. For Albert Johansson, this came to express itself as an inner journey and he now began to create his first abstract white paintings.

His breakthrough came in 1958 when he exhibited at Sturegalleriet in Stockholm. Throughout his career, Johansson continued to seek further, partly in terms of artistic development, partly the personal inner journey. He was constantly evolving and chose an individualistic orientation and never belonged to any particular profession. In the late fifties, he was inspired by the religions, symbols and signs of older cultures, which find their way into his paintings. In the early sixties, he becomes more socially critical and builds up his scenes in schematic matrices. It is also now that the idea for the first masks was born, the paintings in which he in relief lets the mask of a face be repeated in monochrome paintings.

In the 1970s and 80s, the color brightens and poetically clear color combinations of pastel tones are retained with thin, black contours. The legacy of purism has increased and the introverted attitude of the white period has softened. 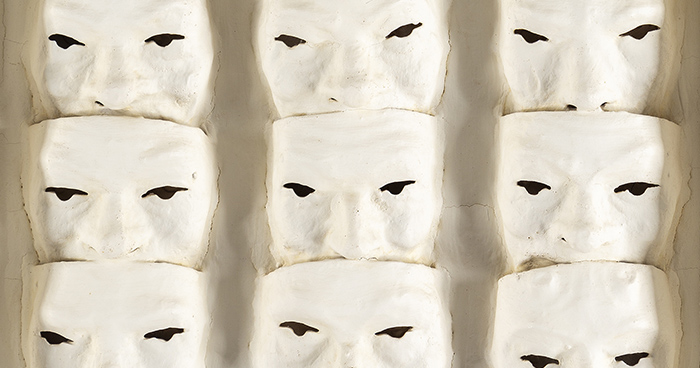 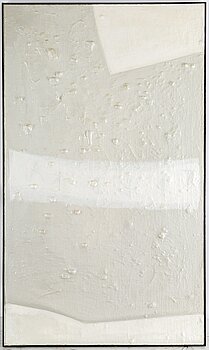 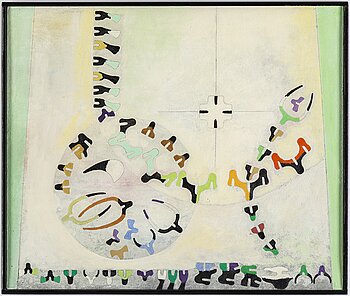 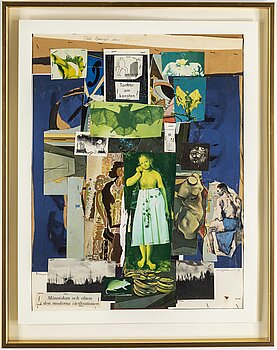 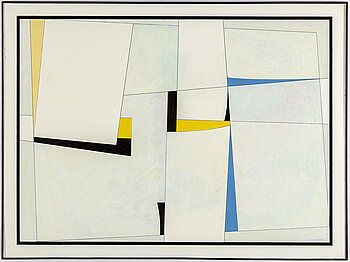 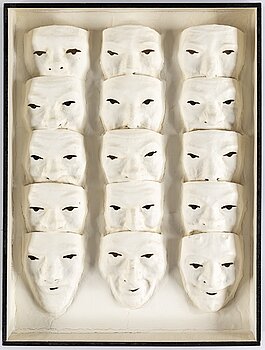