We use cookies to provide the best possible customer experience. If you continue you accept this use of cookies. Go here to read more.
OK
Category /
Art
/
Modern Swedish ArtEn konstsamlares urval
1260424
Birgit Broms
(Sweden, 1924-2008) 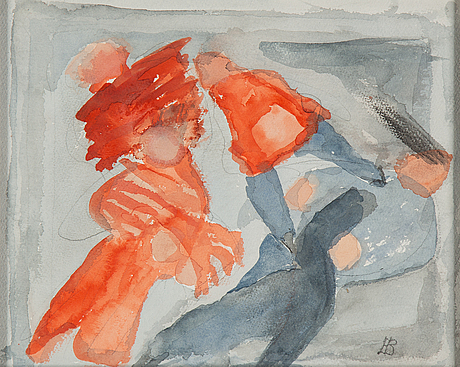 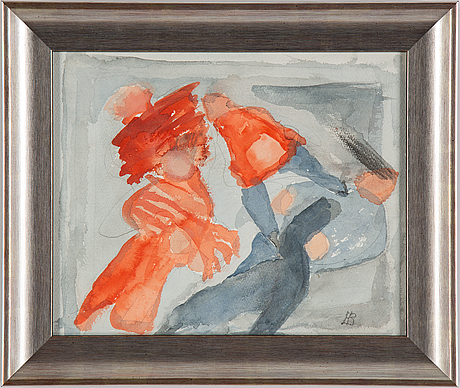 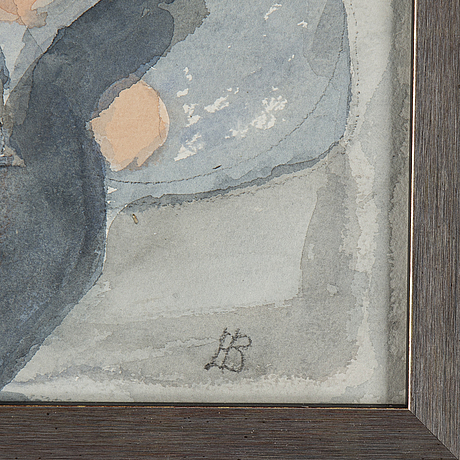 "The motifs with skaters have occupied Birgit Broms since the late 1960s. She stood next to the ice rink in Stockholm and tried to draw the skaters, almost in the spirit of Brueghel. But there was no speed, no movement. Only when she portrayed a whole bunch of skaters, the movement and the speed appeared and then she could vary and nuance the motif, in almost all infinity.
But without da capo, without any repetition.

At Moderna Museet, mainly later works were shown, not least paintings with skaters.

Birgit Broms always captured freedom and movement. According to art historian Peter Cornell, the faceless and powerful skaters appears as angels, on their way to help someone.
Here the four skaters show a happy mood, they are confident, cheering, slipping on the ice is unthinkable for them."

Over the years, we have gotten to know Birgit Brom's skaters, who powerfully appear in the picture.
Where are they going and what are they thinking about? These are not the questions that interested her, instead she was fascinated by the speed and composition.
After careful preparation, she painted with formations and voids, to create a movement and a force.

Her favorite motif was the skaters on ice, but it was a coincidence.
When her 5-year-old daughter Helen trained skating in Stockholm, Birgit Broms took the opportunity to make several sketches of the skaters. At home in the studio, she then put the different pictures together, until she was happy with the composition and the result. Like Camille Corot, she tried to capture a fusion of multiple images, rather than a single unit.
Birigit Broms was constantly looking for new ways, throughout her career.