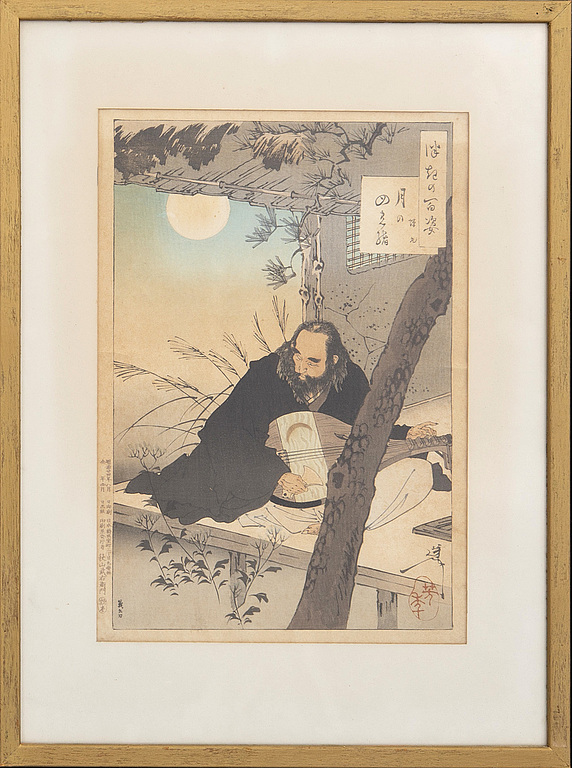 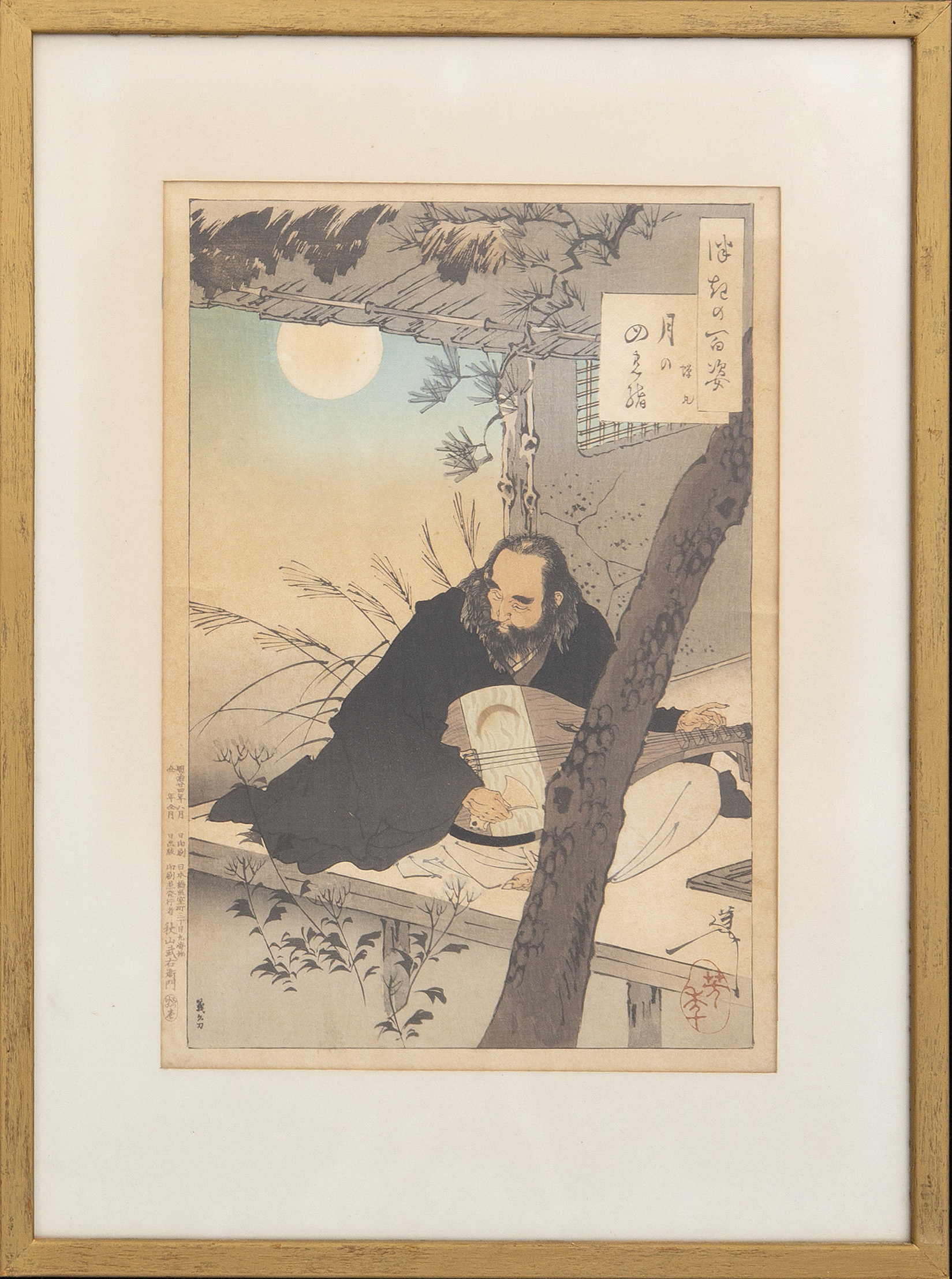 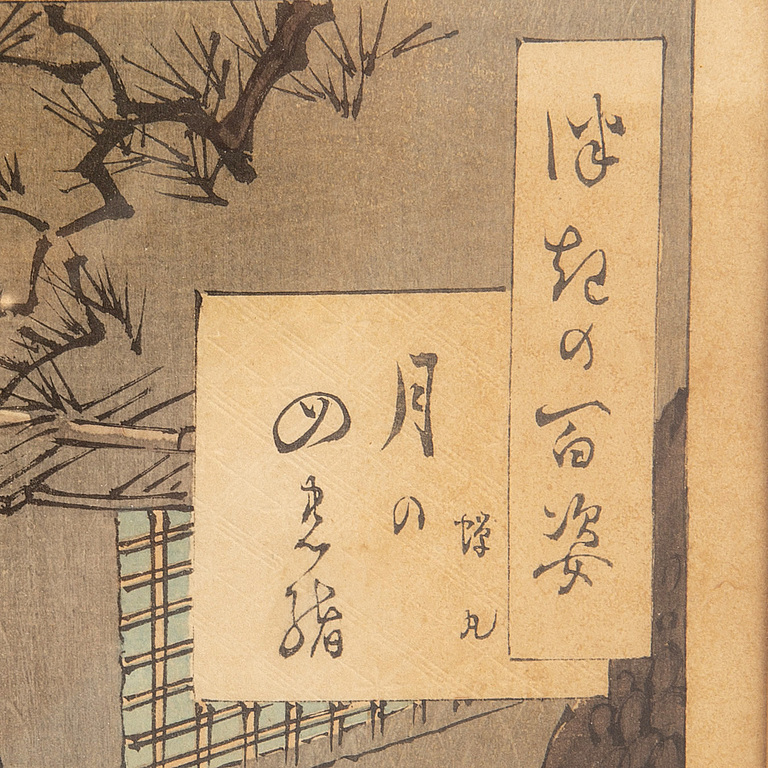 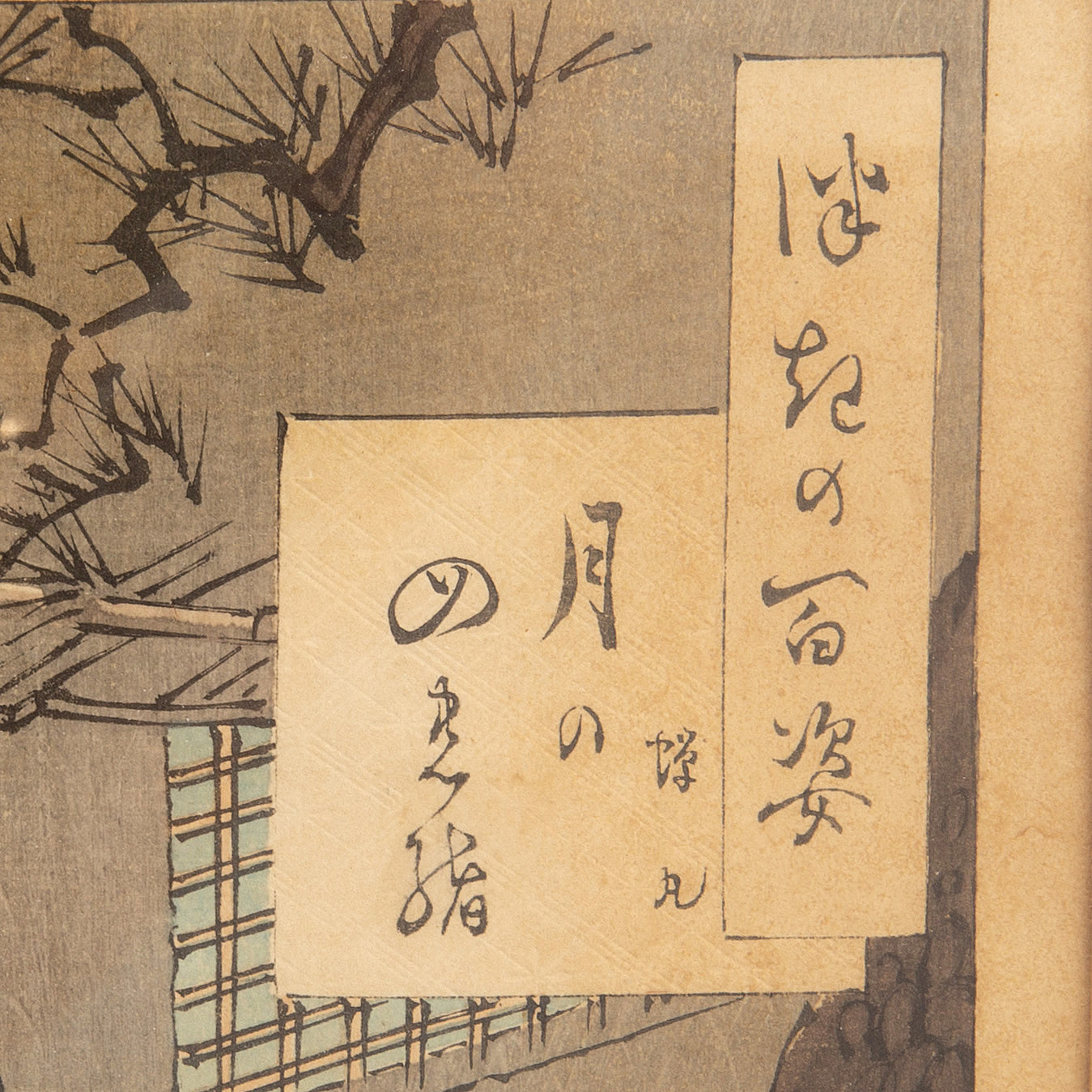 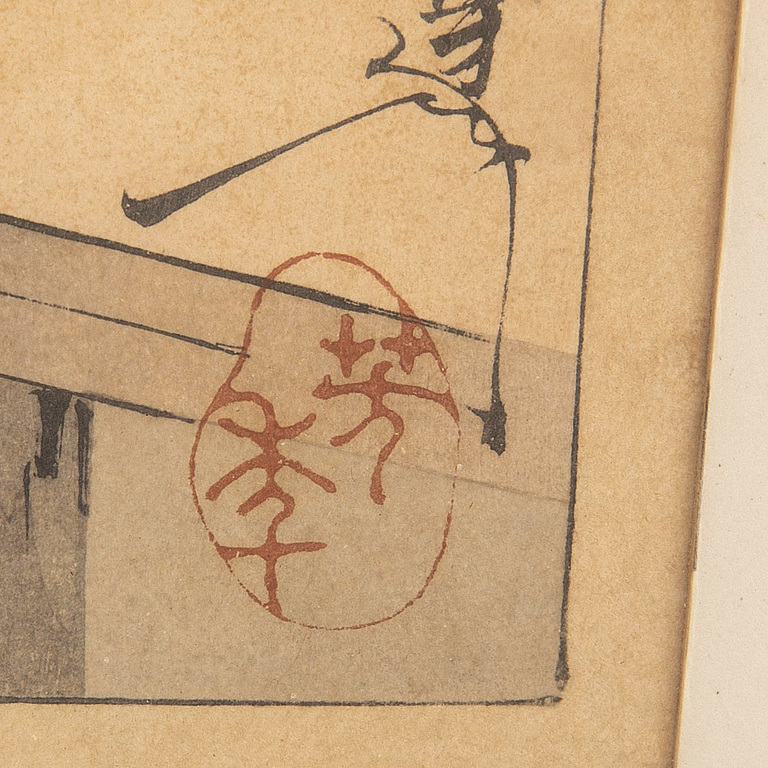 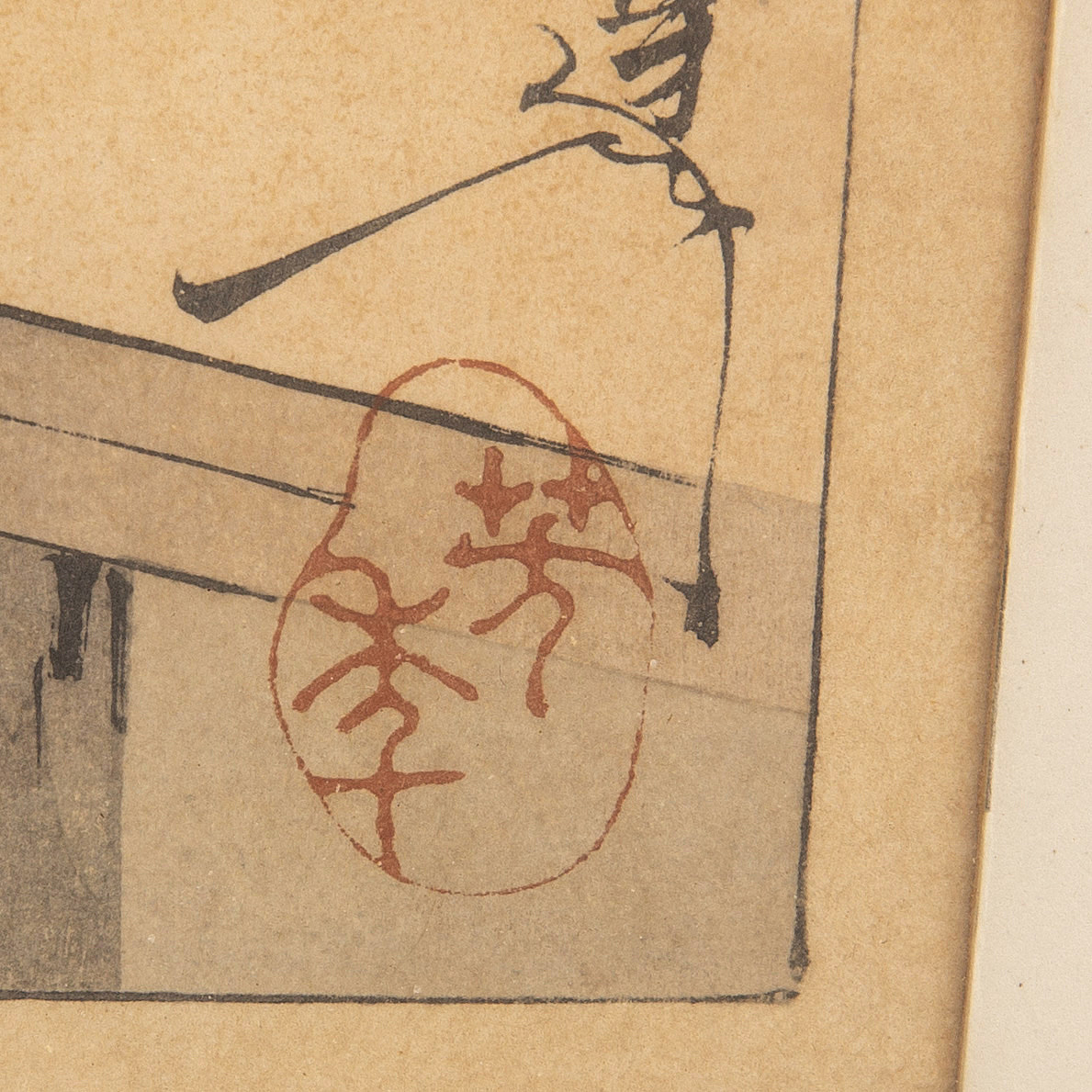 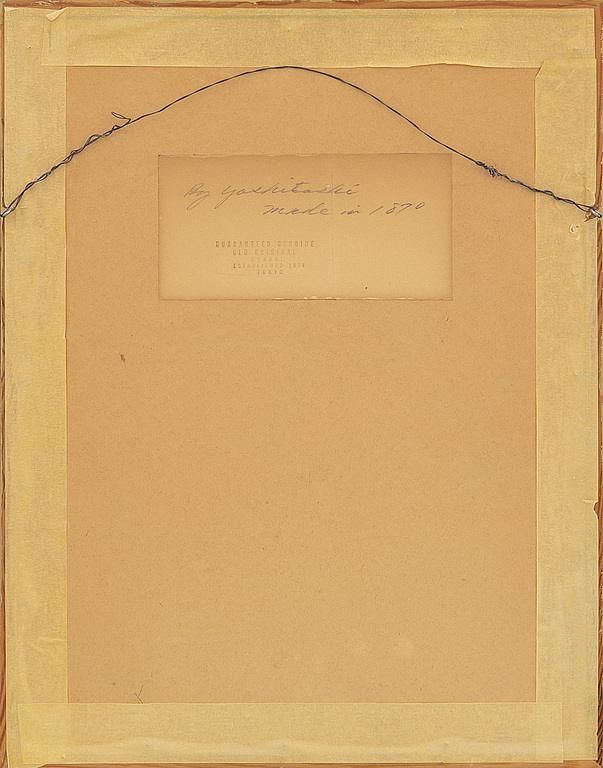 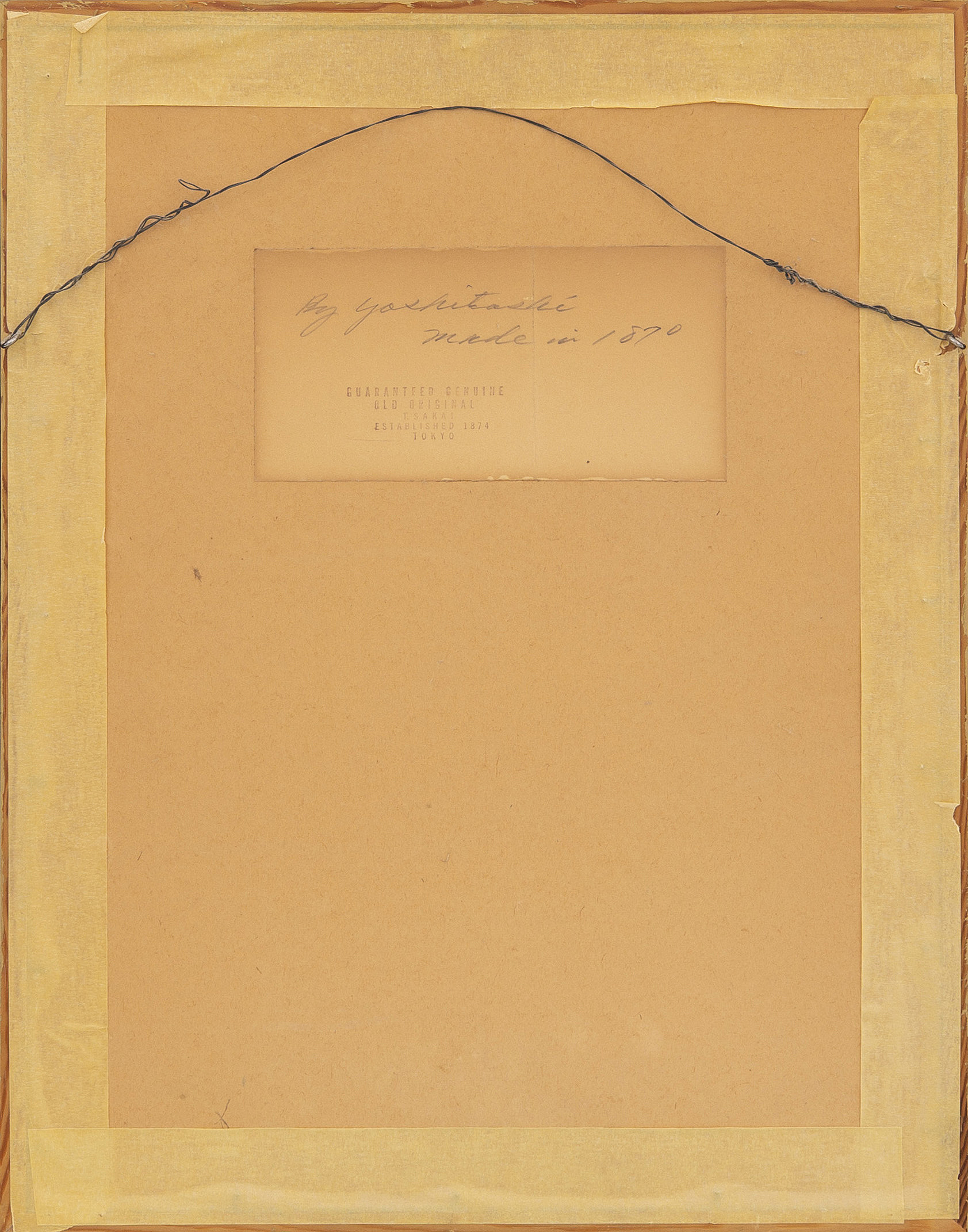 Stains, yellowed, not examined out of frame. Damage to frame