No connection to server
We use cookies to provide the best possible customer experience. If you continue you accept this use of cookies. Go here to read more.
OK
Spring Classic Sale, Helsinki F167 Helsinki118120
119
423724 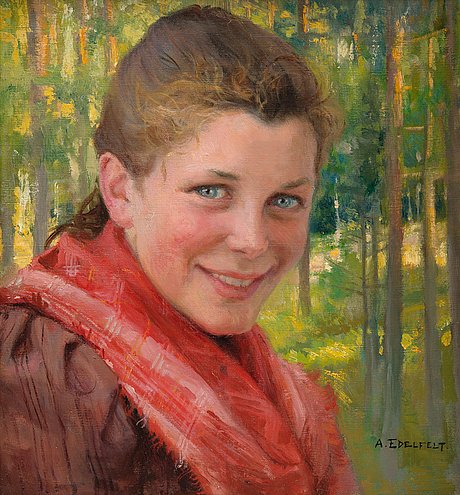 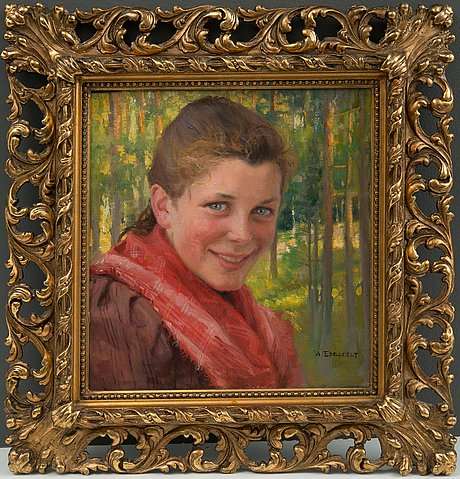 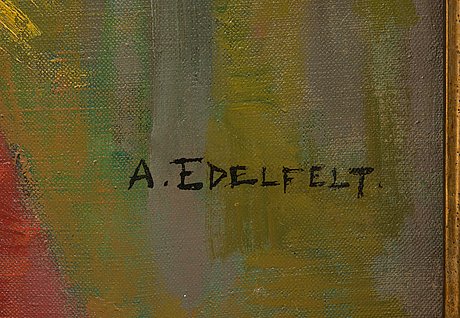 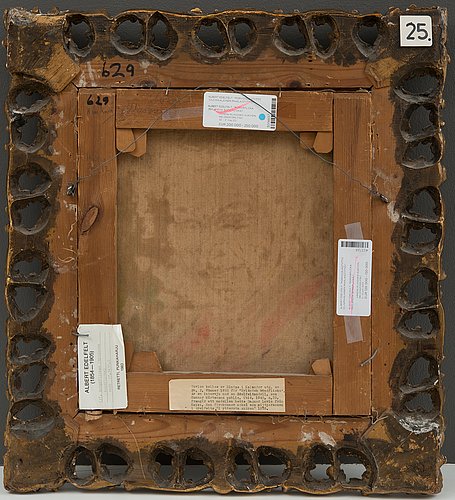 "A GIRL FROM PORVOO (A FARMER'S DAUGHTER FROM UUSIMAA)".

"The palette, after all, is poor, and one need never be afraid of producing colours more bright or vivid than the ones painted by the sun".
Albert Edelfelt, 1890

”Borgå Girl” is a brilliant example of Edelfelt's use of the clear palette. The model is thought to be Tilda Klang, a local crofter's daughter and one of Edelfelt's favourite models. Described as having unusually large, glittering blue eyes, she is here depicted simply as a smiling young girl from Borgå out enjoying the beautiful birch forest. Later, after the death of the artist, the work was renamed ”Peasant Girl from Uusimaa”. The new name originates in Gunnar Berndtsson's work: in 1887 Berndtsson completed a work depicting a girl in a forest, reading a book – an Uusimaa peasant girl. The work was part of a series of illustrations for the book ”Hemma – Skildringar från Östra Nyland” (approx. ”Home – Depictions of East Uusimaa”) which focuses on life at the estates of the region. Edelfelt's interpretation of Berndtsson's work, however, draws mainly on the themes and palettes of the Glasgow Boys, at the time considered avant-garde by the Scottish and English art academies and whose style Edelfelt greatly admired. This admiration is visible as a shift in the atmosphere of his works, moving from the overcast and silver-edged to peinture claire, as Edelfelt, having never truly embraced the darkness and the contour drawings of symbolism, was especially inspired by the 1890s tendency of the Glasgow Boys to paint primarily with clear, bright colours.The Glasgow Boys, in turn, were inspired by the naturalism of Jules Bastien-Lepage and tonal harmonies of James McNeil Whistler.
(MC)