Sale of the decade! Three masterpieces from the J.E. Safra Collection

Bukowskis has the honour of presenting three masterpieces from one of the greatest collections of Scandinavian Art, formed by an international renowned collector, at the “Important Spring Sale” taking place 7-8 June. The pieces are part of a collection formed by a rigorous adherence to acquiring only the best examples of their kind. The J. E. Safra Collection is distinguished by its boundless imagination and its willingness to make connections between countries, cultures, eras and aesthetics. The auction and viewing is a unique opportunity to see these works up close at Bukowskis classic premises at Berzelii Park 1 in Stockholm.

”This spring Bukowskis has had an exceptionally strong start and we are very proud to announce three significant works from the J.E. Safra Collection at our spring season closing auction," says Louise Arén, CEO.

”When Anders Zorn paints “Timber” in 1916, he is already an internationally acknowledged and acclaimed artist who has proven his greatness time and again. The notion that his spark was still intact is reflected in the refined composition and the swirling waters in the background, which reminds us of his 1880s Dalarö archipelago paintings, considered to be some of his very best”, says Head Specialist, Carl Barkman.

The painting “Timber” was an immediate success, and has over the years been part of a number of important art collections, both in Sweden and abroad.

Carl Larsson's depictions of his children in their family home in Sundborn have won the hearts of millions all over the world. His “Peek-a-boo” watercolour from 1901 is one of the most reproduced and beloved Carl Larsson motifs. This watercolour is an excellent example of Carl Larsson's technique, where delicate and dark contours define the different colour fields. It's a unique opportunity for a collector to acquire the original “Peek-a-boo”, a painting that summarizes one prominent moment of the artist's life.

”It is very rare that a collection of this dignity comes out on the market and we are of course very enthusiastic about it. It shows that Bukowskis has a strong position internationally and that the demand for the best by the best remains high, says Andreas Rydén”, Deputy Managing Director and Head Specialist, Art.

“Inferno” is today regarded as one of Strindberg's most significant paintings, exhibited at the Musée d'Orsay in Paris as well as Tate Modern in London. The first time it was publicly displayed was in Stockholm 1909, during the lifetime of Strindberg, and most recently it was included in the extensive exhibition of Strindberg at the Musée Cantonal des Beaux-Arts in Lausanne. Today, “Inferno” is considered an early example of abstract expressionism, which pioneers like Mark Rothko and Jackson Pollock revolutionized half a century later.

”Inferno is a truly remarkable painting for several reasons, it´s unique position in his oeuvre can be explained by the great importance which Strindberg himself gave the painting, as a spiritual selfportrait”, says author and art historian Göran Söderström, former director of Strindberg Museum in Stockholm, and world's leading expert of Strindberg as an artist.

WHEN IS THE VIEWING AND THE SALE? 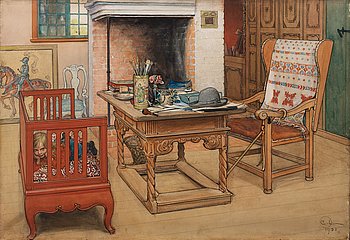 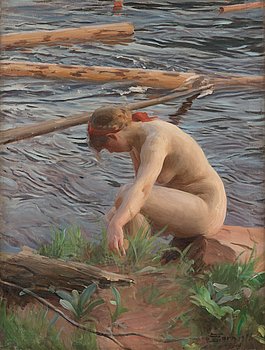 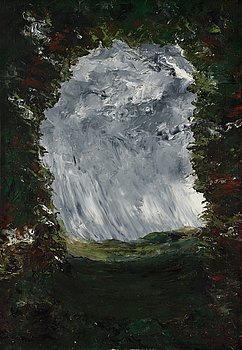 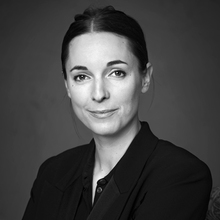