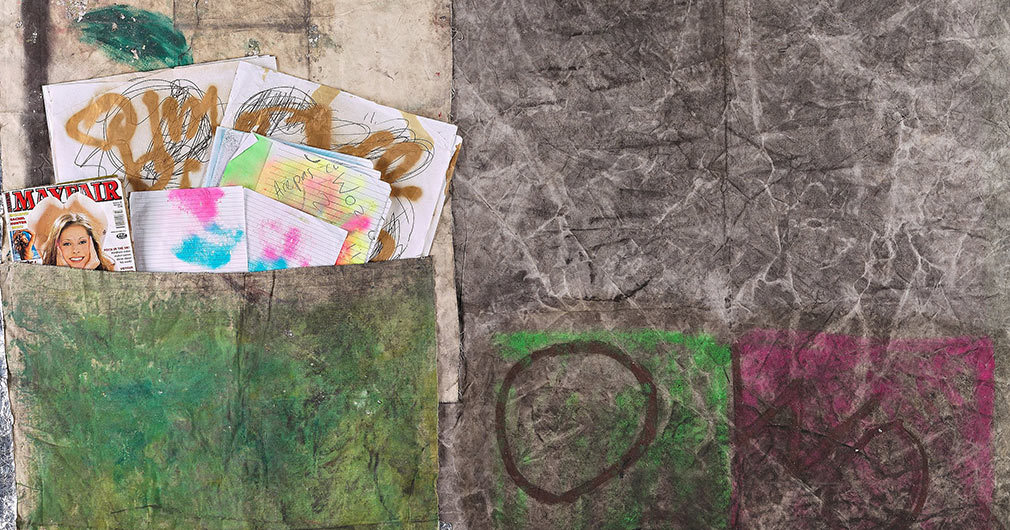 Oscar Murillo (b. 1986, Colombia) is a painter who incorporates different media in the production of his artistic work, from texts or recycled materials to fragments of any element circulating in his studio. He trained in England, at the University of Westminster and the Royal Academy of Fine Arts. His work tends towards a large format, with a chaotic and spontaneous appearance.

It has a sublime but cryptic narrative and all the elements of his work lead us to a single goal: the vindication of both his Colombian heritage and of suffering under the processes of fascist injustice. His work is present in major collections, including another very similar piece, with the same title, which belongs to the controversial art collector Charles Saatchi.

There is an inherent sense of mutation, particularly in the materials used, in Murillo’s work included in this auction. He incorporates various ideas and materials, such as newspapers and magazines and any detritus that circulates through his studio. The recycling of materials are the gestures that Murillo uses to refer to his Colombian past, to a transnational identity and to the decolonizing processes at work. Together they emit a vehement discourse against globalization, the market and capitalism. He includes words in Spanish, generally referring to food, as a small claiming element of its origins.

Murillo’s art can be compared to the expressive outbursts of Jackson Pollock, and even to the great large-scale work of Mark Rothko, who brought enormous expressiveness through his neutral and monochrome tones. However, due to his origins and struggles, Murillo is often referred to as an heir to Basquiat. “I see in my work a romantic energy, balanced by a calculation in the composition. My works are contaminated in my spaces, in my workshop. Over time they judge themselves and find their own aesthetic. That is my process.” 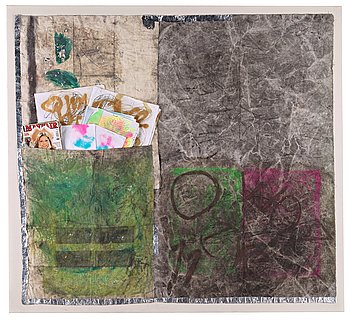