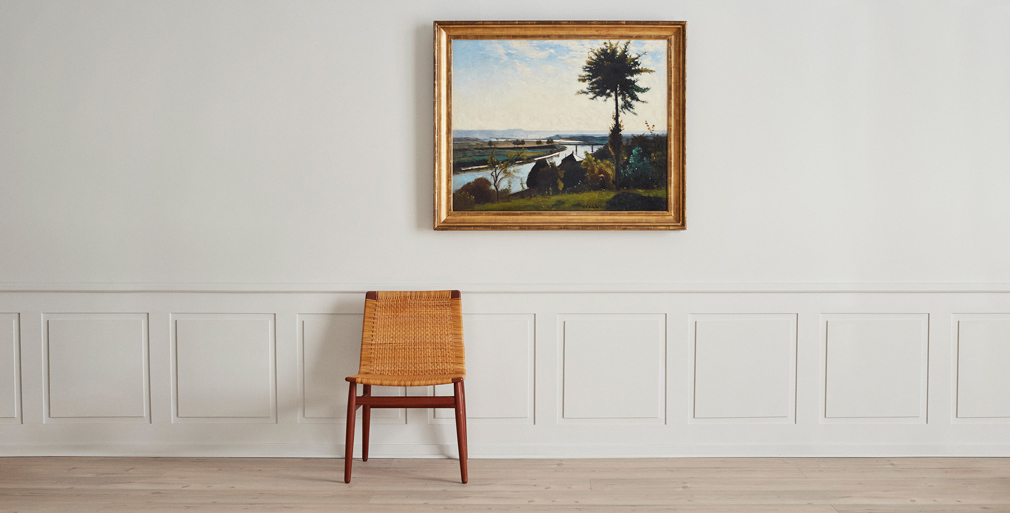 "Trädet och krokflöden" ("The Tree and the River Curve”), created I Brolles/Bois-le-Roi during the summer of 1877, can justifiably be considered as one of Carl Fredrik Hill’s most important landscape paintings. The work of art, created just six months before Hill was admitted to the are of Dr- Blanche’s clinic in Passy in response to his mental breakdown in 1878, belongs to the paintings that make up the absolute culmination of Hill’s outstanding production as a landscape artist in France. The painting has been inherited by Hill’s family members over the years and has seemingly only been exhibited publicly on three occasions (Liljevalchs Konsthall, Stockholm, 1932; Malmö Konsthall, 1976 and Nationalmuseum, Stockholm 1999-2000).

The fact that this grand version of ”Trädet och flodkröken” is now available at auction can therefore be regarded as something of a minor sensation. Not least because this painting is one of two remaining versions still in private ownership, but also because, in all likelihood, it constitutes the version which Hill himself considered to be good enough to submit as a contribution to the prestigious Salon in Paris.

View the artwork in the catalogue for Important Winter Sale here >