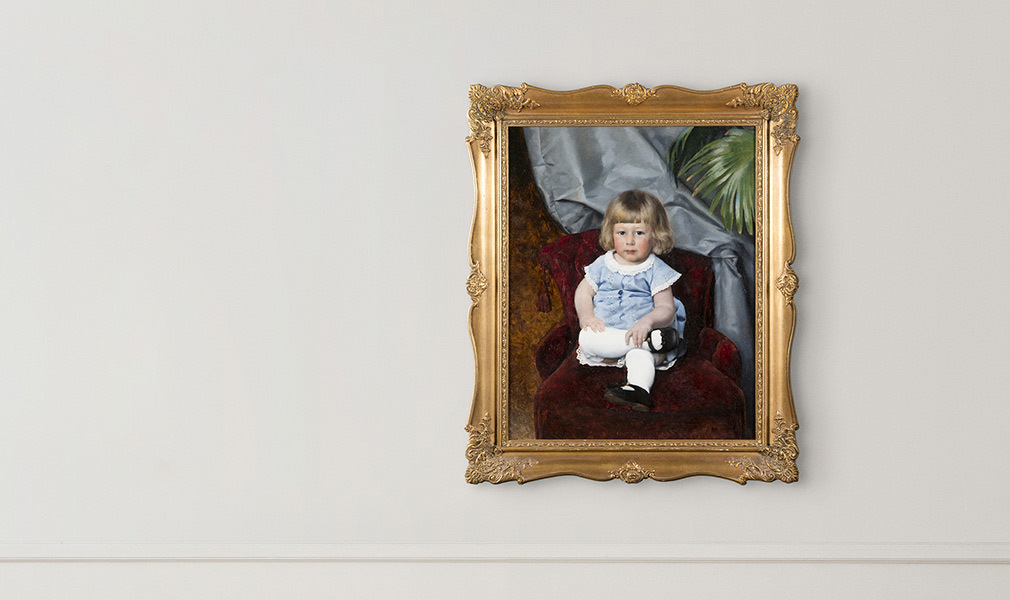 Gunnar Berndtson (1854-1895) was already during his lifetime a respected salon painter, known for his technically skilful and detailed works. Berndtson started his artist career during the eventful 1870s, when the influence of the Dusseldorf-school gradually diminished in favour of the new impulses from Paris. Encouraged by his good friend Albert Edelfelt, Berndtson was one of the first artists who went directly to Paris, without any stay in Germany. Berndtson and Edelfelt were exactly the same age and shared an atelier as well as teachers. Both fluent in French and with good manners they had no problems fitting in with the French cultural elite and socialites. This was often not appreciated by other Finnish artists, that stayed in Paris at that time.

The art of Berndtson and Edelfelt have many characteristics in common, especially in terms of implementation and expression. They were both strongly influenced by Jean Louis Ernest Meissonier (1815-1891). In Berndtson´s works you can trace this influence throughout his whole production, while Edelfelt liberated himself from Meissonier at a relatively early stage.

For all artists, especially for those who worked in Paris, the biggest dream was to get a work approved by some of the art galleries in Paris. Berndtson succeeded in this in 1878 with the painting ”Chamber music”. The balanced composition and technical brilliance got a lot of praises and this painting is a good example of the perfectionism Berndtson continuously aimed at; total control of the picture and situation. The year after he introduced the work ”Art lovers in Louvre”, which in terms of technical virtuosity never had been experienced in Finland before. This painting can be considered his breakthrough and the success gave rise to numerous orders of portraits. Among others the prominent families Sinebrychoff and Cygnaeus kept his usually bad economy running during this time.

In the year 1881 Berndtson presents his next impressive work called ”The song of the bride”. It describes a wedding party, where the bride has risen from the table and expresses her gratitude to her father and the guests for the memorable event. In this painting one can easily notice a clear development to a new kind of art. The new ism- the realism- and its emphasis on the self-experienced and genuity, puts a demand on the artist to convey a seized moment scene. Berndtson succeeds in this task brilliantly and furthermore, he manages to describe the joyful and warm atmosphere of the scene, so that it stimulates all the senses of the viewer. People were thrilled by ”the song of the bride” wherever it was exhibited and even today there are many different interpretations of why the artist composed the painting as he did and what actually is happening in the painting.

This enchanting portrait of a child was executed in 1881, the same year as ”The song of the bride”. In this work, one can recongize a lot of the above-mentioned characteristics and it is obvious that the painting is from the artist´s best period. Berndtson has in a fascinating way managed to capture the personality of the small child, without any touch of mannerism or artificiality. The work is technically impressive and contains a good portion of general artistic values.

During the years 1894 to 1889 the creativity of Berndtson was dramatically diminished due to a severe illness and it was not until the beginning of the 1890s that he begun a relatively strong new period. During this time he also worked as a teacher for Magnus Enckell, Helmi Biese, Väinö Blomstedt and Ellen Thesleff among others , which was called the ”The Berndtson Academy”. He also taught at the drawing school of the Art Foundation and served as the president of the Artists’ Association of Finland. He dies the 8th of April 1895, at an age of only 40 years. 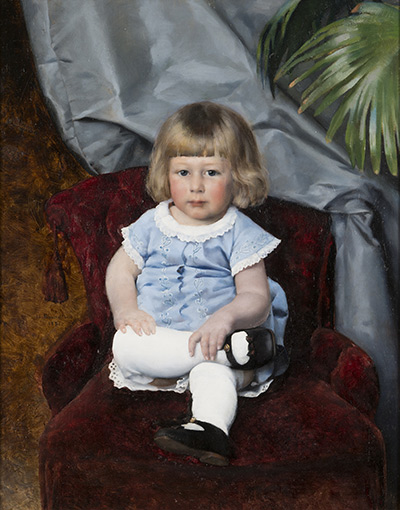