"Worship" was the first figurative video by Nathalie Djurberg and Hans Berg after their abstract "Waterfall Variation" which they made in 2014. After roughly a decade of the most diverse puppet videos, they needed to do something else for a while and went into abstraction. To have a different kind of aesthetic and to literally "cleanse their minds”.

Since Nathalie Djurberg is a storyteller by nature, she had to eventually return to figuration and her characters and puppets. After that period of abstraction, Djurberg & Berg came out with "Worship", a very colourful and raunchy video reminiscent of MTV music videos from the late 90s (with a pimp whale as one of the main characters) and the complete opposite of the meditative, rather zen-like ”Waterfall Variation”. It was wild, loud and very hip hop!

The video has been shown in various exhibitions, among them the Neuer Kunstverein in Vienna, the Moderna Museet, Stockholm, Mart in Rovereto and the Schirn in Frankfurt. "Worship" is also part of the Fondazione Prada's collection in Milan.

Laura Smith recenserar i ArtReviews sommarnummer 2017 utställningen ”Who am I to Judge, or, It Must be Something Delicious” på Lisson Gallery i London.

Morality is missing, to varying degrees, across these works, which feel like an adventure within human nature’s most capricious and animalistic impulses. The creeping, climactic structure of the videos and the unapologetic transgressions of the exhibition’s opening tableau make us very aware of our own desires. But when coupled with the homemade style of the figures, the works manage to retain a sense of humanity. And while the characters might commit vulgar or sadistic acts, their violence is often presented alongside shame, and their cruelty coexists with the material tenderness of their making. Thereby asking us to provide a level of compassion, or even knowing complicity, to/with their actions – and thus reaffirming the very morality that is so lacking, to begin with.” 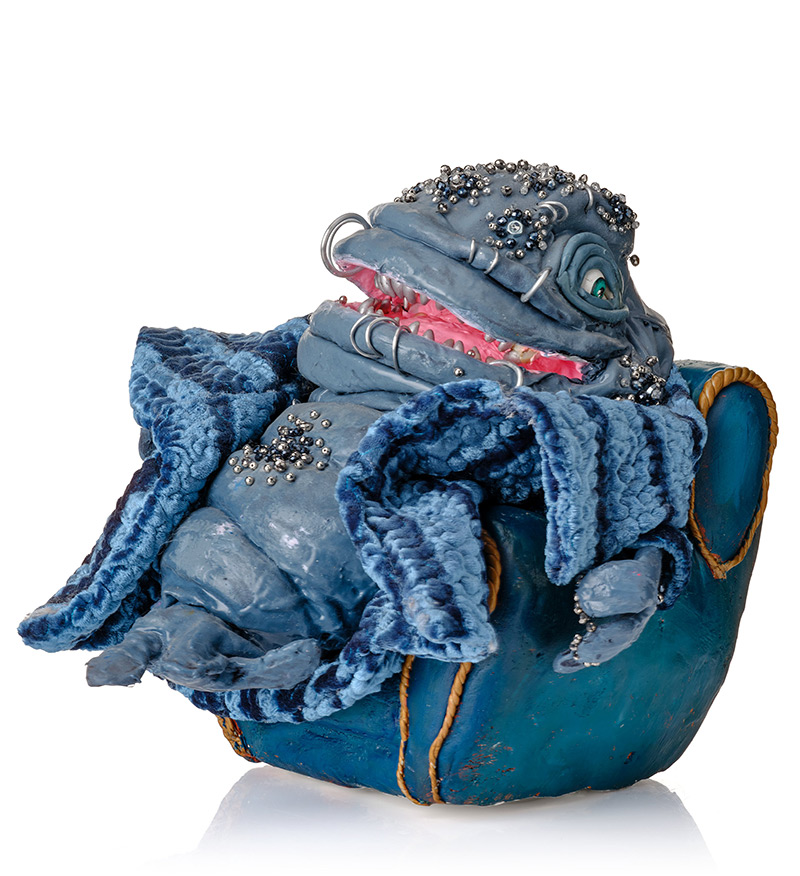 To "Whale in Armchair"

Browse other works by Nathalie Djurberg and Hans Berg