The digital auction attracted eager buyers from several countries, including Finland, Sweden, Norway, Denmark, the United States, Russia, France and Austria. "This auction was wonderfully versatile and the lots were of a high quality throughout. The ever-growing international customer base appreciates the availability and user-friendliness of our advanced online auction system" said Jori Keckman, CEO of Bukowskis in Finland.

The Art & Antiques Helsinki -auction offered an extremely fine range of Finnish art with several gems from the early days of the national identity. The enthusiastic bidding reflected the strong interest in Finnish history and identity. The bidding was intense for the Finnish masters: Pekka Halonen's "Winter Day" (sold for 29 894 €), Ferdinand von Wright "Eagle" and "Ducks" (sold for 43 245 € and 27 933 € respectively) and Akseli Gallen-Kallela’s two Africa-paintings (sold for 18,011 € and 17,521 €) all reached impressive final prices.

Pekka Halonen's delicate "Maija", final price 19,603€, was purchased by the Lauri and Lasse Reintz Foundation, thus becoming an excellent addition to the Foundation's Art Museum in Helsinki. "The painting is a small and intimate portrait of the artist's wife. It is a very beautiful example of a fleeting moment that Halonen managed to capture in a picture, "explains Johanna Lindfors, specialist for art at Bukowskis. "Compared to Halonen's landscape paintings, this is a very small theme, and at the same time it feels very personal."

Among the jewellery we saw several pleasing trends, including coloured stones becoming increasingly popular, along with the traditional diamonds. Nina Westerlund, specialist for jewellery and watches, is very pleased with this trend; "It is wonderful to see that Finnish craftsmanship is appreciated and the goldsmith tradition continues." For example, a pair of earrings with topases, sapphires and diamonds, made by Kari Hirvonen, was the subject of intensive bidding in the last few minutes of the auction, reaching a final price of 3 496 €. Brooches are also becoming more popular again, for example, the elegant brooch of Lotta Orkomies with a final price of 1 536 €, clearly shows a strong appreciation for Finnish goldsmiths and their quality and style. Overall, the interest was great for high quality craftsmanship from previous centuries as well as for respected modern brands. For example, Chopard's bracelet with pendants, 18K gold and brilliant cut diamonds, was sold for for 4,537 €.

Joachim Borgström, specialist for classical art and antiques, is particularly pleased with the auction's Russian department. "The auction offered a wide range of Russian art and Russian antiques of high quality. Demand was high and the objects achieved final prices of an international level,” Borgström says. Vladimir Makovski's "In the tavern", final price 54,147 €, is an excellent example of Makovski's talent and his unique way of capturing the humanity in his subjects in a charming yet honest way. The Russian silver samovar from 1845, a real rarity made by Adolf Speer, sold in turn for 46 062 €. The samovar is of exceptionally high quality and made by one of Petersburg's most productive jewellers in the mid 1800's.

Bukowskis also shows a strong presence in the market for Russian militaria. For example, an Russian naval officer’s dagger with the Order of St Anne was sold for four times the estimate with a final price of 4 904 €. Thomas Luoma, specialist for weapons, orders and militaria, is very pleased with the strong interest in the market.

One of the most exciting and dramatic moments in the auction was the final race for a set of furniture from the Nikolaevsky Palace in St Petersburg. The set, consisting of a sofa, a table and six armchairs, was made of Carelian birch around the year 1900. The Nikolaevsky Palace was built by emperor Nicolas I for his third son Nicholas Nicolayevich (1831-1891) in 1861. After the revolution, the palace was taken over by the workers' union and renamed the Palace of the workers. The bidding on the furniture continued with incredible intensity for 15 minutes after the original closing time when the final price settled at 37,007 €. 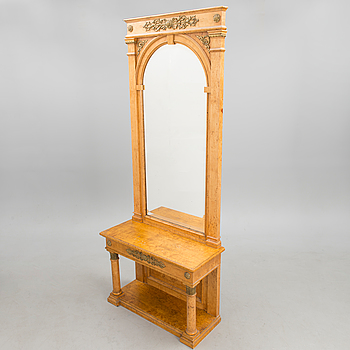 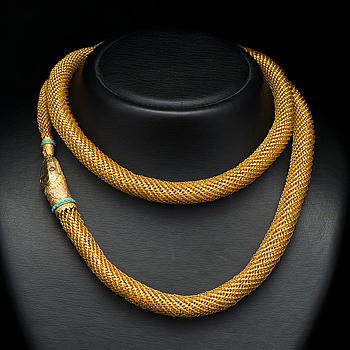 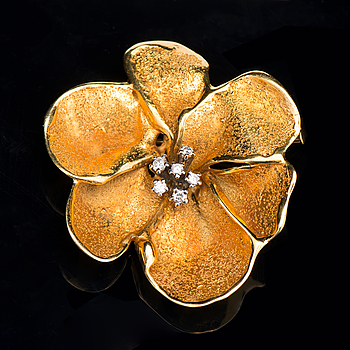 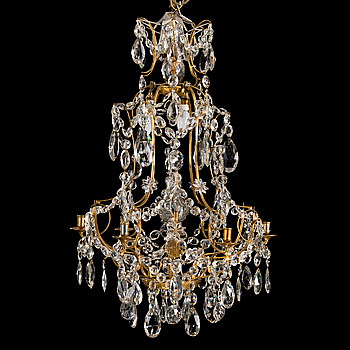 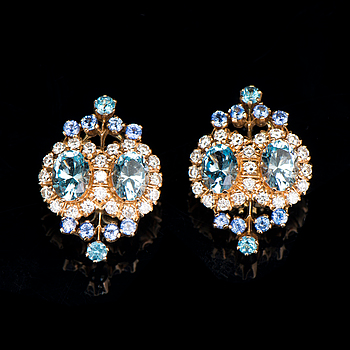 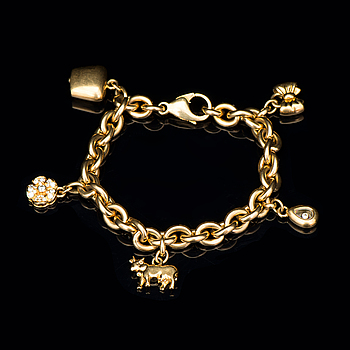 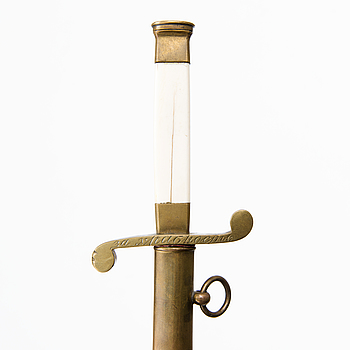 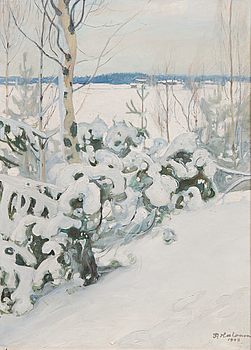 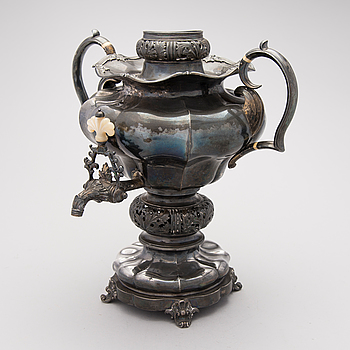 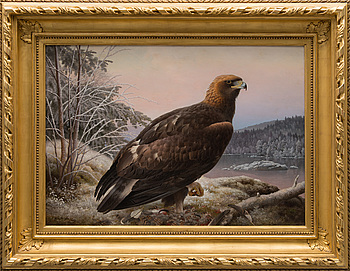 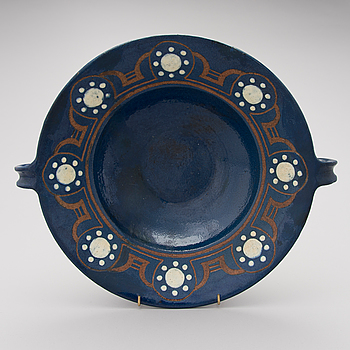 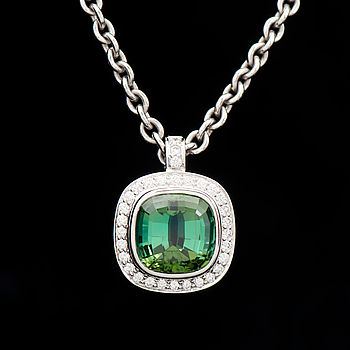 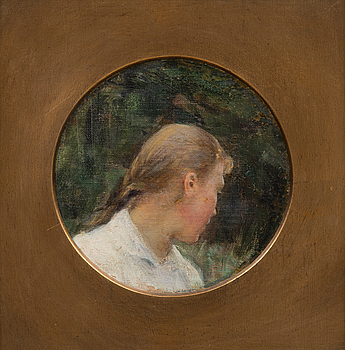 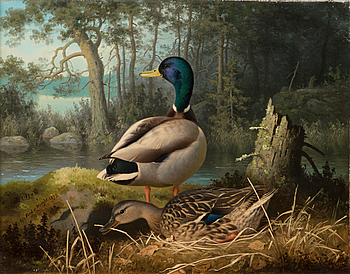 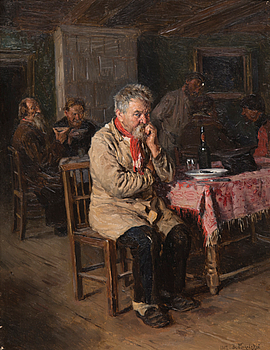 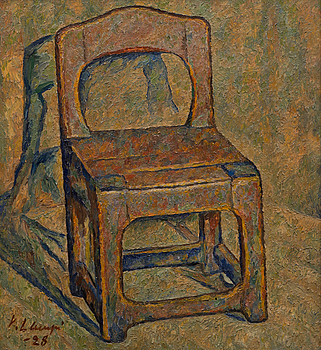 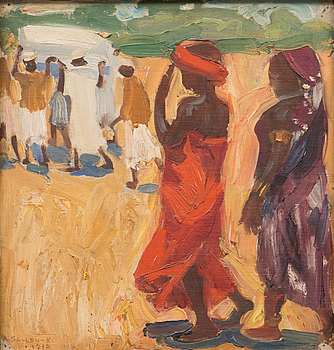 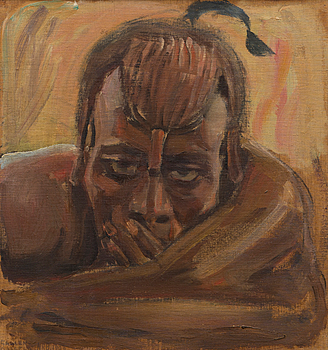 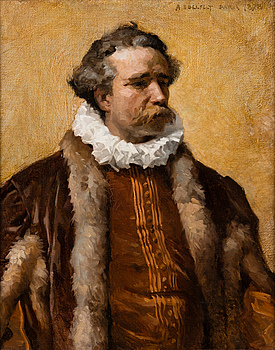 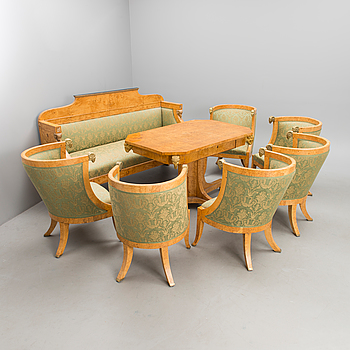 Read about
The von Wright brothers
and the Finnish national identity